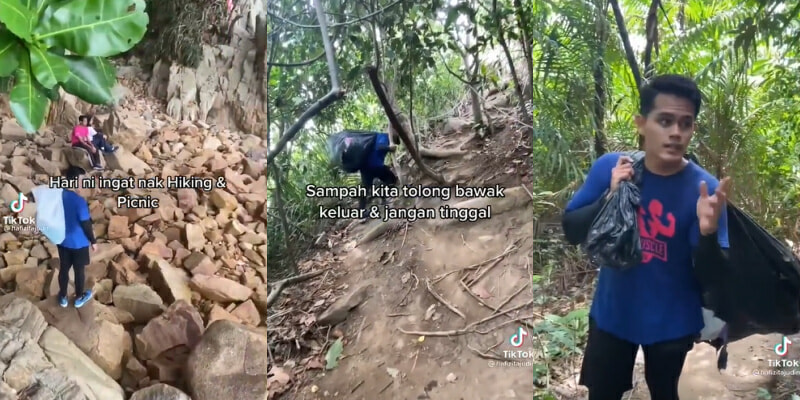 Nature lover Hafizi also known as Pok Jie, thought that today would be a nice day to go for a hike and have himself a nice picnic only to see his beloved trek littered with trash left by irresponsible hikers.

Restless at the sight of litter, Pok Jie began picking up all the trash and took a video of it to educate future trekkers to not litter.

In the video, Pok Jie writes, “If none of us take any action, even the littlest of things can escalate if nobody does anything about it.”

Seeing how big of a trash bag Pok Jie had to hike down with scored brownie points with netizens who watched his video.

Shockingly, this was not the first instance of irresponsible visitors throwing rubbish in the area.

In the comments section, one netizen wrote. “This was how much we got, when he organised a cleaning run back in September.” 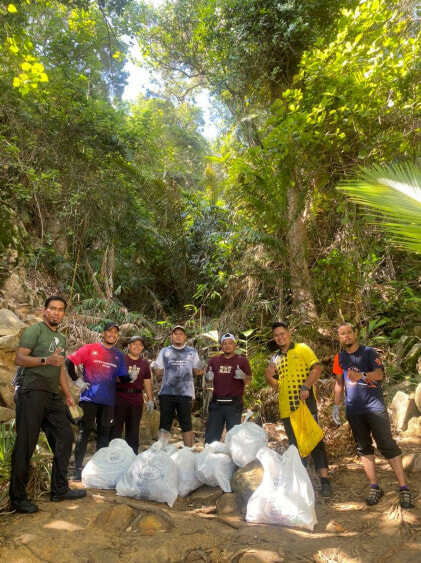 Clearly civic-mindedness is still lacking among some visitors to the waterfall.

Let’s hope that this initiative will open the eyes of the public to be mindful of what they bring to the hiking trail and remember to discard it properly without having to jeopardize Mother Nature in the process of doing so.

Also read: Still Riding E-Scooters On The Road? Then Get Ready To Be Fined Up To RM1,000 Or Jailed For 3 Months 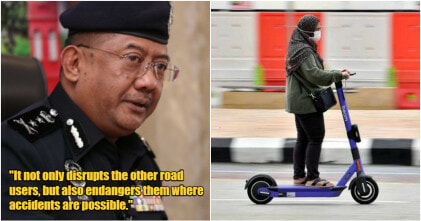