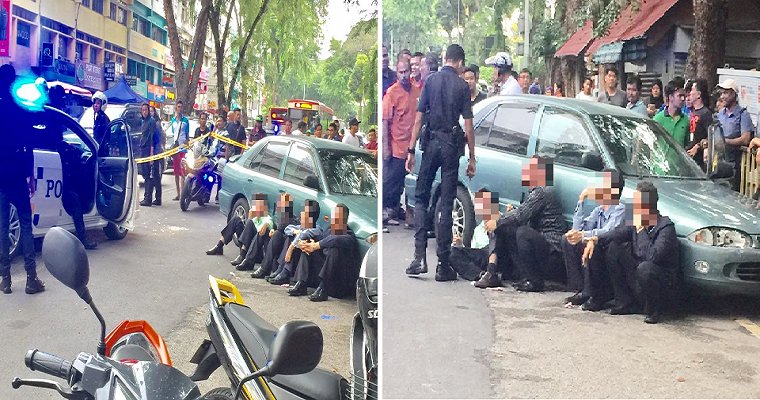 We all know to be cautious and and keep our guards up when we perform any transactions at the bank. Even the machines at the bank continuously warn us to be careful whenever we use it!

With the ever rising crime rate in Malaysia, it’s seriously just worrisome every time we step out of the house.

Well, last night, a netizen posted on Facebook about an attempted robbery that allegedly happened at the cash deposit machine in Maybank Taman Maluri. 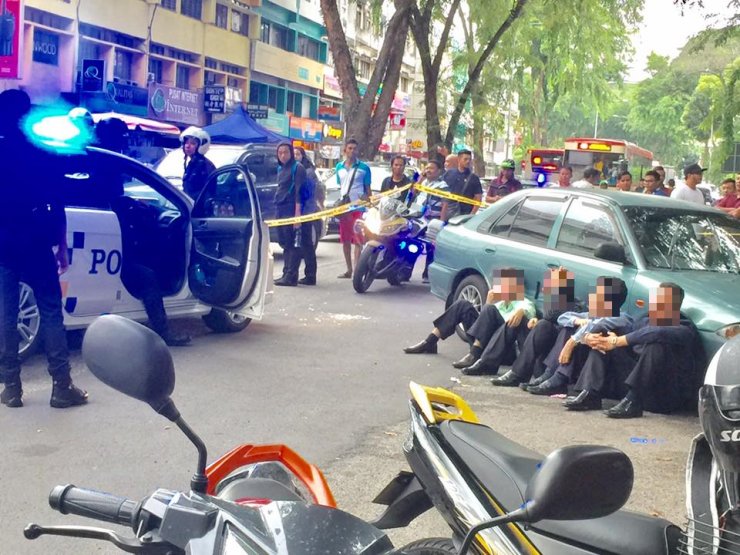 “So, this happened this evening in front of Maybank Taman Maluri. Four men tried to perform a robbery at the ATM in the bank but they got caught by the public.”

“The story goes like this, this lady wanted to deposit a lot of money into the cash deposit machine so these four men approached her to help her. Apparently they told her that the method she was using is wrong.

“Under the guise of helping the lady, they stole the money and almost succeeded in making off with the cash. Luckily, the person who was at the machine beside her saw the attempted robbery.”

The post includes photos and videos, showing the aftermath of the incident. The four men who are reportedly foreigners, are sitting handcuffed on the ground by a car with a group of people surrounding them. It appears that the men are injured, as it is clearly seen that at least one of their head is full of blood, which he is continuously mopping. That’s karma!

The police are questioning some of the witnesses at the scene, while the victim, a Malay lady describes the attempt to rob her and how she was unaware of what was going on. In the end, the police bundles all four of them into two cars to the police station for further investigation of the matter.

The Star reported that Cheras OCPD Asst Comm Chong Kok Sin said, “A scuffle ensued between the victim and the suspects, and one of them managed to grab the cash before they all fled the scene.” But heroic passers-by quickly gave chase and performed a citizen’s arrest. Bravo guys! 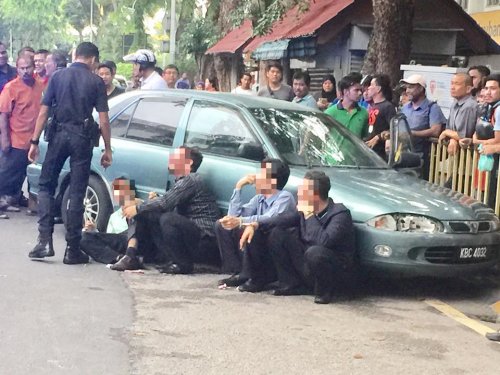 Moral of the story? Always be aware of your surroundings and speak up when you see something that’s not right! 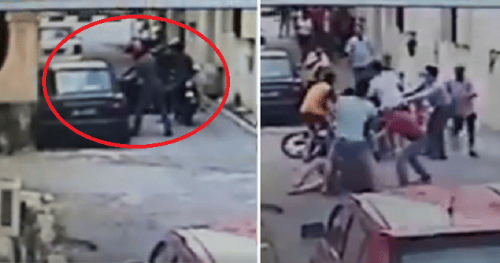