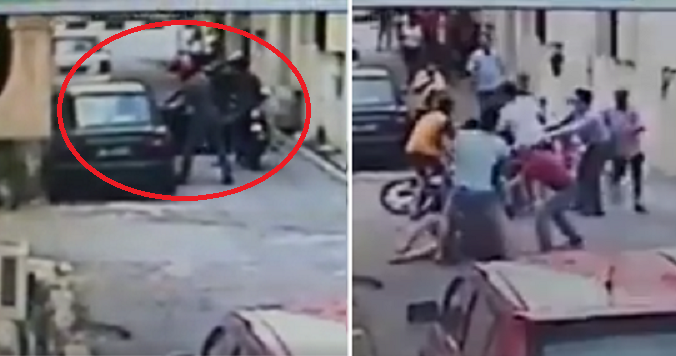 A special kind of fail recently took place when a couple of young men tried to snatch a woman’s handbag. Unfortunately for the two dummies, an angry mob caught them before they could run away.

A CCTV shot the whole incredulous incident which took place on March 28, 2017, and the footage is going viral on social media.

Two men on a motorcycle can be seen approaching a green coloured Proton Wira in an alleyway in Ipoh. The pillion got off the motorbike, opened the driver side door and pulled the woman’s handbag out.

The woman got out just as the pillion jumped onto the back of the motorcycle. But she couldn’t do anything as both men were about to ride off.

Fortunately, out of nowhere two heroic men ran straight ahead towards the motorcycle like a Superman and Batman trying to beat the same enemy.

The motorcyclist realized he couldn’t ride straight ahead anymore and tried to gostan the vehicle to take an alternate road out of the alleyway.

But clumsily they lost their balance and fell off!

Out of nowhere, another hero jumped into the scene and grabbed the pillion who was trying to runaway.

Wonderwoman, is that you?

The thieves tried their best but to no avail. These savage Malaysians are going all out on them!

For a moment, it turned into a street fight. After a few more moments of fighting between the 5 men, a group of passersby flocked to the scene to stop the thieves from running away.

However, at the end of the video, the motorcyclist seemed to have ran off. It is unclear whether the man did manage to escape or not.

But judging from the horrendous beating, he probably couldn’t run far anyways.

Many netizens are praising karma on this! And felt that it was justice well deserved for the two criminals.

Everyone expressed their hope for more selfless heroes like these bystanders to help when someone is in need.

Source: We Are Malaysians

Also read: “They Purposely Left the Meatballs for Him to Bring Back to His Family.” 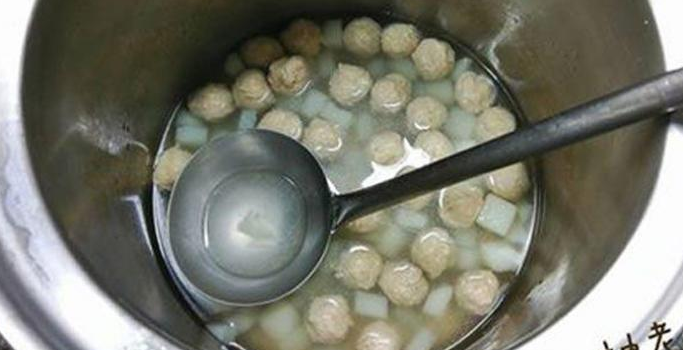