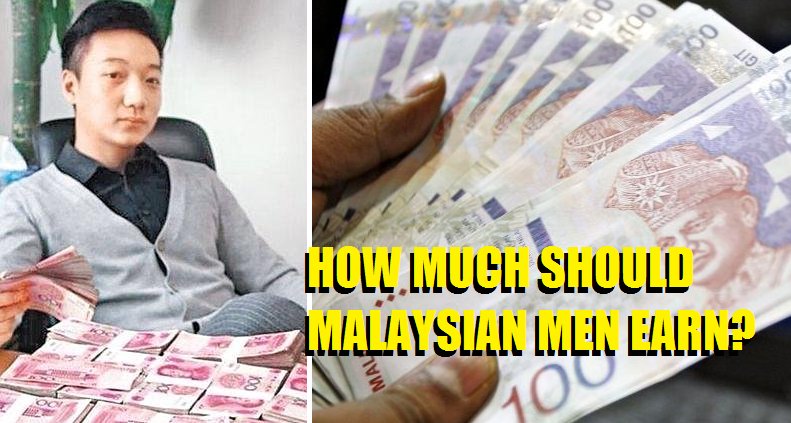 A man from Johor Bharu randomly asked a question on social media that made people go on a frenzy.

The young male asked for the opinions from his Facebook friends on how much a man needs to earn to be considered stable.

He writes in Chinese,

“Actually.. how much do you think a man from Johor Bharu needs to earn to be considered stable [enough to date]?

“Not taking into consideration that he receives help from his parents nor is he from a wealthy family etc.” 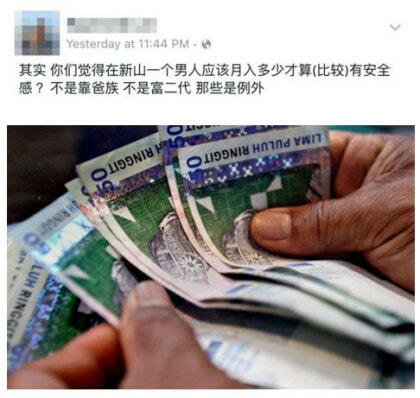 People, male and female alike were eager to know each other’s answers. Especially the Malaysian men who were curious about the figures girls expected from their man.

According to statistics, a Malaysian fresh graduate earns an approximate salary of RM2,100 to RM2,500. So RM6,000 is a long shot from that ball park!

Some others were more rational, saying that RM4,000 to RM5,000 should be enough. As long as the money is able to provide for a car, house, children and bills.

Another gave the same figure, saying that she had an ex-boyfriend who only earned RM2,000. It’s survivable as long as you’re thrifty.

Other surprising answers included figures ranging from RM8,000 to RM10,000. Or at least RM6,000! Yes, these people are looking at figures this high! x_x

↑ If you’re having a family, then the man must at least earn RM10,000 to be able provide for them, especially when you need to own a house.

Among all the opinions provided, one person commented upsettingly, saying, “So many people want their man to earn RM8,000 to RM10,000. Some don’t even think that is enough! I’d like to ask these people if they earn the same figure income to be saying such things??”

What’s your take? Do you think the girls who asked for at least RM6,000 to RM8,000 are reasonable? Or do you think they’ll just end up forever alone? 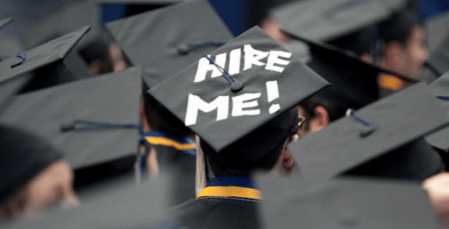