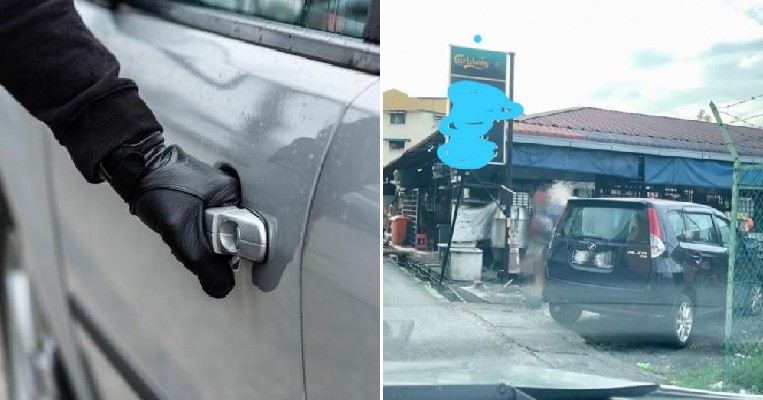 We’ve probably heard of this many times before but please do cultivate the habit of locking your car door as soon as you enter your car! This is because you do not know when criminals may be lurking around waiting for an opportunity to harm you.

According to Oriental Daily, a Malaysian girl said that she had gone to a food court in Taman Bukit Teratai in Ampang to buy her dinner on Thursday (November 22). After doing so, she went back to her car and had just gotten inside when she noticed from her side mirror a suspicious man sneaking around outside. 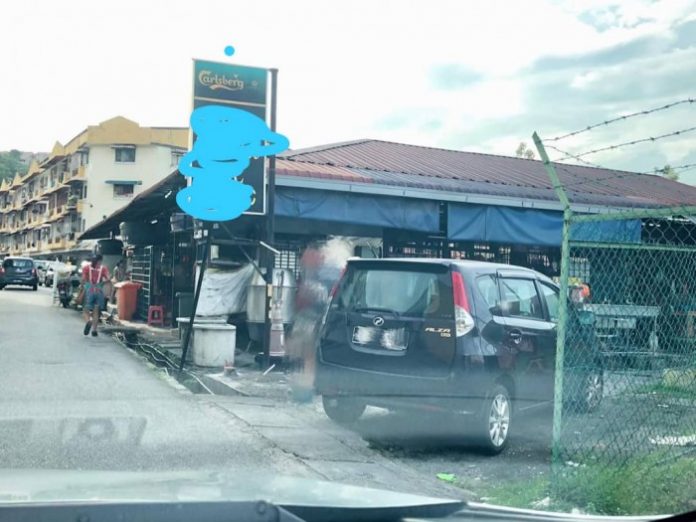 He went over to her car and tried to open the door at the back but luckily, she had the habit of locking her car door immediately so the guy could not open it. This enraged the man and he came to the driver’s side where the girl was sitting and pounded on the window with his fist.

Terrified, she refused to open her car door and sounded her horn loudly to attract other people’s attention. This made him even angrier; he then took out a hammer and looked like he was going to smash her car’s window. Seeing this, she immediately stepped on the accelerator and drove away to escape from the man. 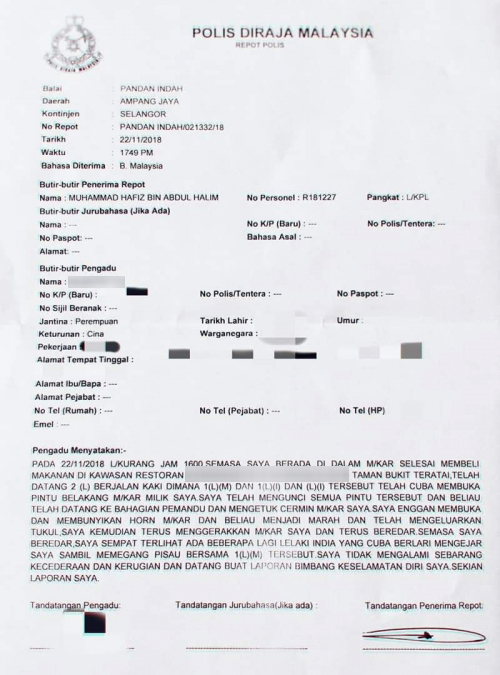 What’s even scarier is that she said she managed to look behind when she was driving away and she saw another group of guys who had suddenly appeared along with the first guy. This group of guys held knives and they had started chasing after her but she managed to get away safely. Phew!

Afraid that they would follow her, she went to the police station after that and made a report in case anything would happen. She said that she was thankful and relieved that her habit of locking her car door had saved her from any injury or loss and reminded everyone to always lock their car doors once they get in so that they would not become victims of any unscrupulous people.

So guys, remember to lock your car doors and always be alert!

Also read: Man Tries to Break into Car in Shah Alam, Gets Caught & Put in Coffin as Punishment 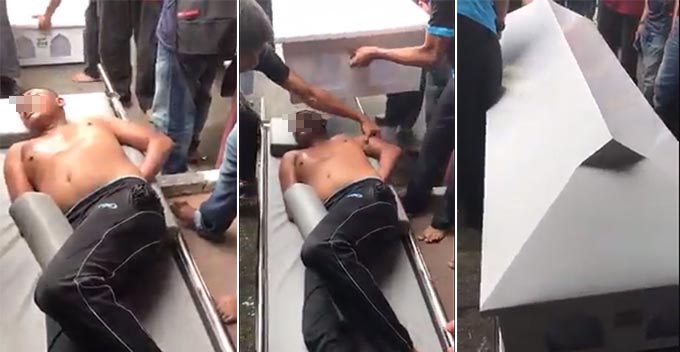