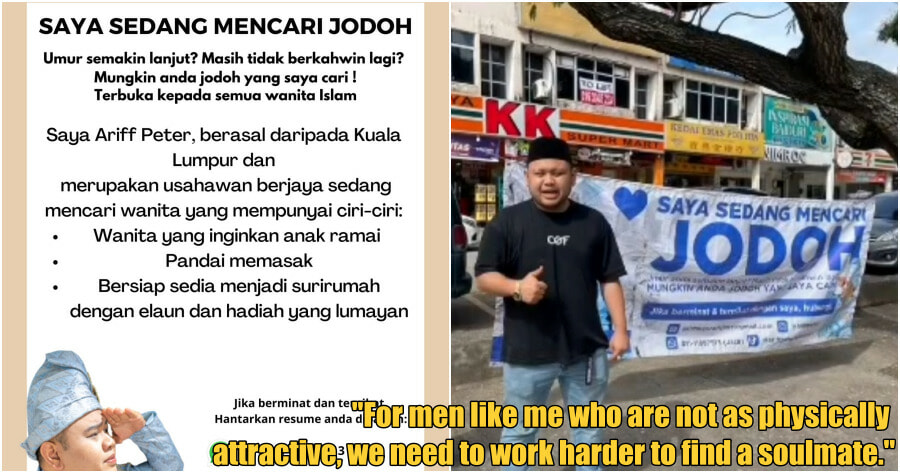 Although more and more Malaysians find their soulmates via dating apps or even social media platforms, these methods don’t seem to work for everyone.

Recently, a Malaysian man went viral after he was spotted putting up a banner announcing his search for a soulmate.

Ariff Luqman began posting about his search on Facebook in late June, and he even mentioned that he was offering RM10,000 to anyone who could find him a wife. 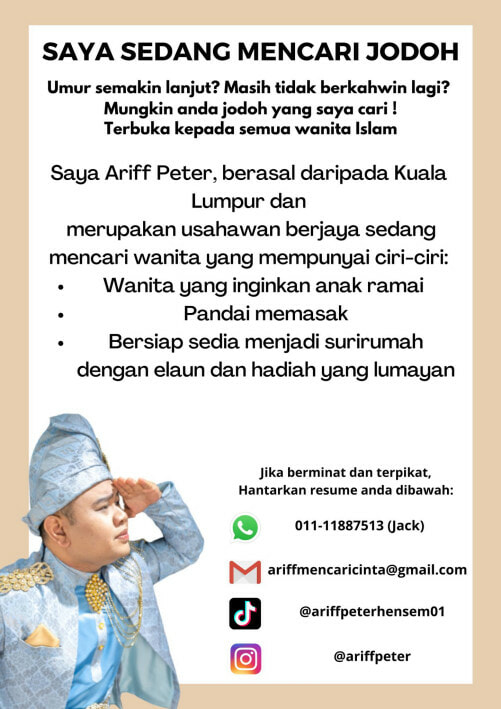 His poster reads, “I am looking for my soulmate”.

“Are you getting older? Still have not gotten married? You might be the soulmate that I’m looking for!”

In the post, Ariff says that he is an entrepreneur from KL currently looking for a Muslim woman who:

In the end, he states that interested prospects can directly send their “resumes” to him via email, WhatsApp, TikTok or Instagram.

Meanwhile, in various videos on his TikTok and Instagram page, Ariff can be seen putting up a banner and handing out fliers to people in public. 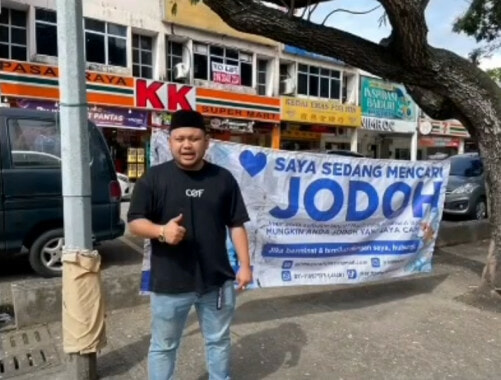 How the idea came to him

Speaking to WORLD OF BUZZ, the 26-year-old musician and entrepreneur said the idea came to him when he realised that he did not want to pay for memberships on dating apps.

“So I made a banner and 1000 fliers to be distributed to the whole country. I have also been friend-zoned all my life, and all my friends are married, so it makes me sad to see my (married) friends.” 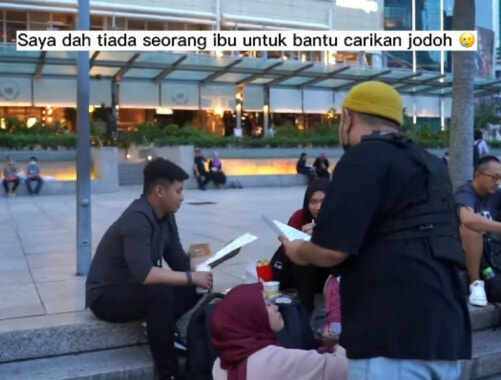 Ariff also confirmed that he would be giving a reward of RM10,000 to anyone that successfully manages to connect him with his soulmate.

Following the success of his story, Ariff said that he has received more than 10,000 applications from all over social media and has even managed to get sponsored by a restaurant for a blind date session.

Ariff said he would invite each applicant for a blind date session on how he plans to proceed with the dates.

“At the moment, I will start in August and have dates till December.”

Ariff urges Malaysians to be braver in searching for what they’re looking for. “We only live once. So give 100% (effort) in our life. For men like me who are not as physically attractive, we need to work harder to find a soulmate,” he added.

Watch the video of him putting up the banner here.

What do you think of his creative approach? Know anyone to recommend for him?

Also read: Tinder & Bumble Are So Yesterday. Here’s How These Married Couples Found Each Other Through Twitter!