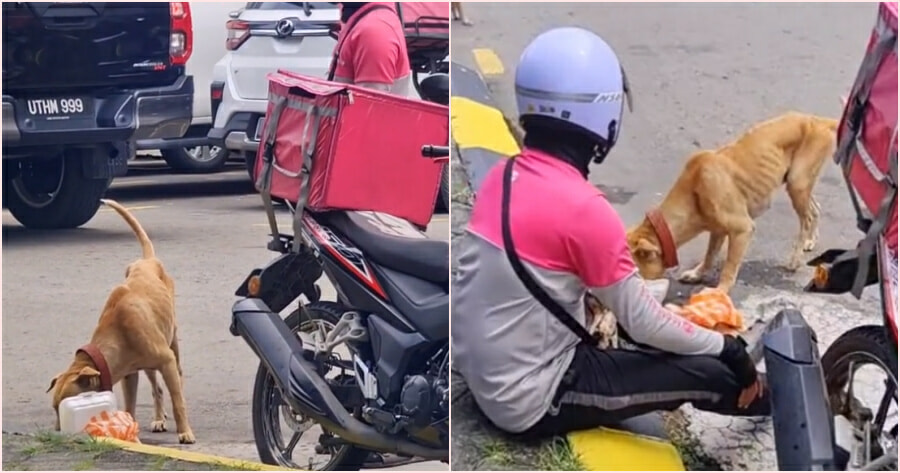 Food delivery riders could be considered as the heroes of our lives as they work hard to ensure that we are able to enjoy our food in the comforts of our homes, no matter the obstacle.

Besides that, there have also been many instances where they have went above and beyond what’s expected of them in order to help out.

This was recently exemplified in a TikTok video where a Foodpanda rider was seen to be sharing his food with an extremely skinny and scrawny stray dog.

The video which was posted by Frances, featured the Foodpanda rider offering a malnourished stray dog some food. It seems that the dog might have been lost as it is wearing a leather brown collar. 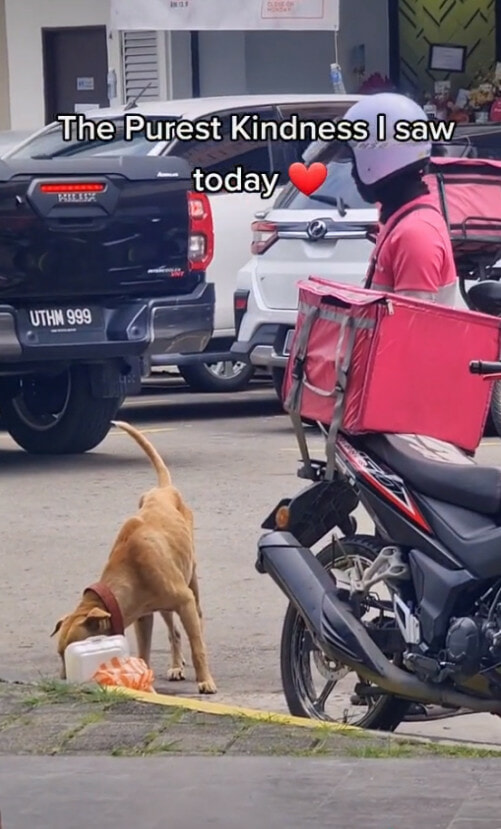 He then went on to sit next to the dog and wait for it to finish eating before cleaning up the packaging.

The caption of the video reads, “Thank you Foodpanda Rider whoever you are.”

Frances who recorded the video said, “The purest kindness I have seen today. We don’t have to be rich to be kind.” 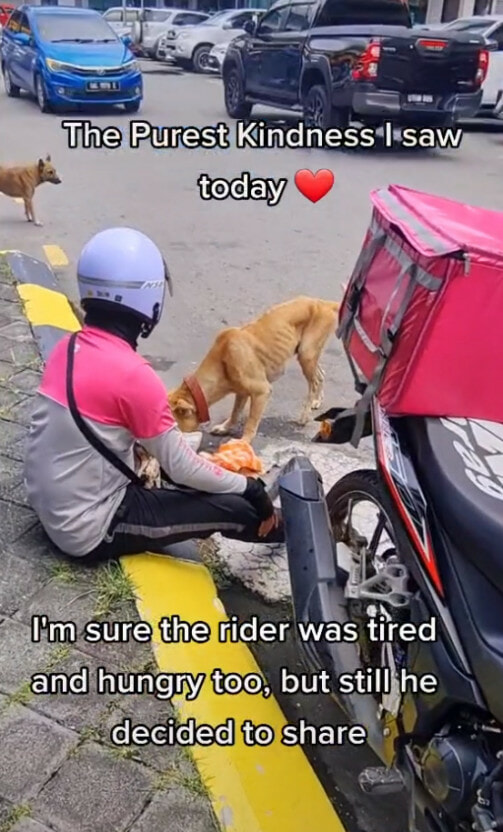 “I’m sure the rider was tired and hungry too, but still he decided to share,” wrote Frances in the video.

She also mentioned that the rider was unaware that she was filming his interaction with the dog. It is stated in the video that the interaction happened at Lido Plaza, Penampang, Sabah.

The video which was posted yesterday, has amassed over 38,800 views and 6,400 likes. The comments section was flooded with netizens who thanked the Foodpanda rider for being so courteous.

One user commented, “Bro you deserve all the respect as you even cleaned up after the dog had eaten.” 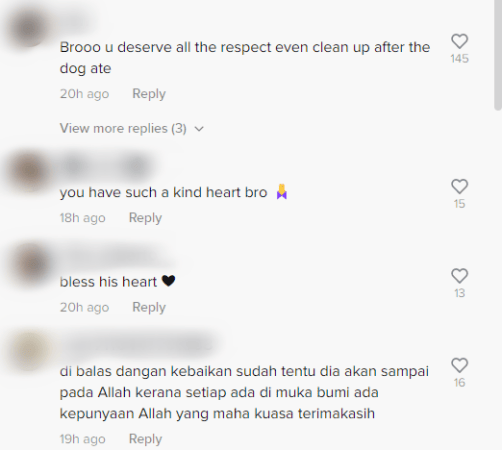 Another said, “Aww.. I needed to see this today. Maybe there’s hope for Malaysia after all.” 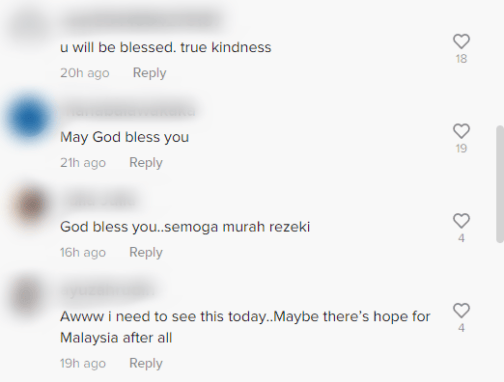 “The dog has a collar… but the dog is skinny already… thank you rider for feeding the stray. When you are able, you help the disabled,” said another user. 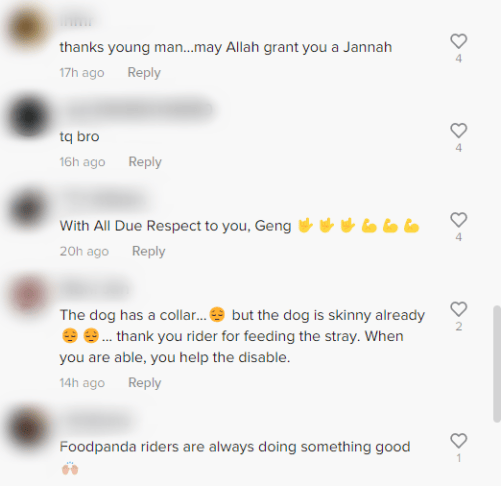 If you have more heartwarming stories to spread love do share in the comments. 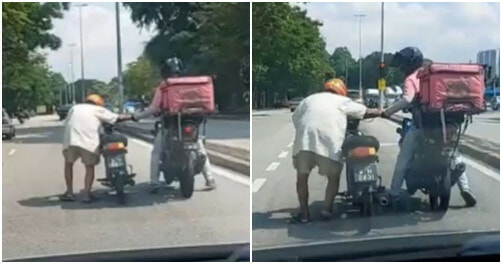