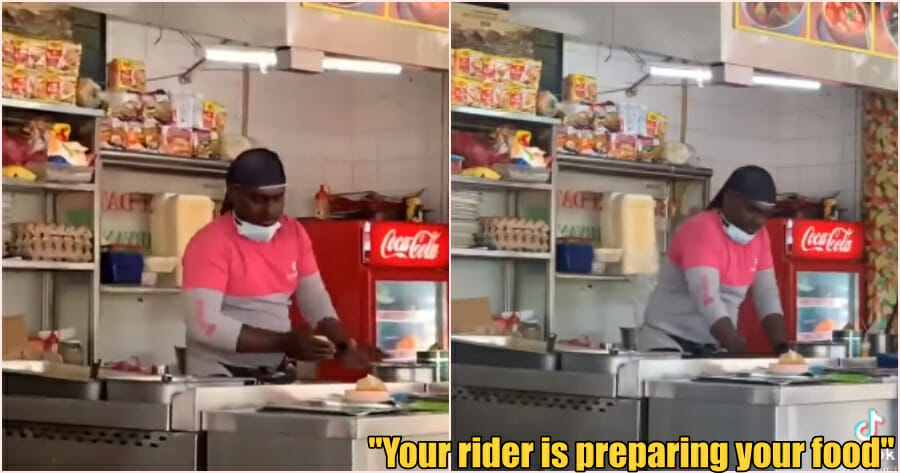 We’ve seen various instances of incredible Foodpanda riders such as one who got his PhD, and another who bought food and groceries for a struggling uncle.

Now, another Foodpanda rider has caught the attention of Malaysians as he was spotted tossing up a roti canai in a restaurant after allegedly waiting too long for the order to be prepared.

The video which was originally posted on TikTok by Muhd Ariff featured a Foodpanda rider helping to prepare food at a Mamak stall located in Selayang, Selangor.

In the video, the poster said that the delivery rider had allegedly waited too long for the order and then decided to help the restaurant to prepare the food himself.

The camera then focused on the rider who was seen preparing the dish with a casual but serious facial expression.

The video which was posted six days ago had garnered plenty of attention on TikTok with 53,000 likes and over 330,000 views. The comments section was also flooded with tons of hilarious reactions left by netizens.

One user said, “Is there anything that Foodpanda riders can’t do?”

Another said, “Abang Foodpanda is capable of multitasking, can your boyfriend? Hmm weak.”

Meanwhile, some poked fun at the common phrase often said by customers who complain when their food is delayed which is, “Why is the food so delayed, are you delivering food or making it.”

The video was also posted on the Foodpanda Rider Malaysia Facebook group which has also gained plenty of attention and currently sits on over 900 likes and 1,800 shares. 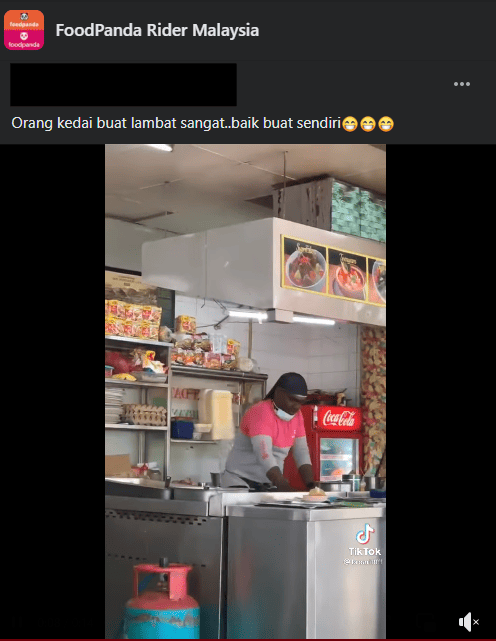 The comments section of the re-shared post has also been flooded with tons of reactions left by netizens who were greatly amused by the Foodpanda rider’s antics.

A netizen said, “After this whenever you see the vendor’s orders are delayed, just enter the kitchen and do it yourself.”

Another said, “After this, they should put in the order, ‘your rider is preparing your food since the vendor is very busy’.”

Whilst another shared their experience of seeing a similar situation unfold. “A few days ago I saw a Lalamove rider at Shah Alam who was helping the vendor cook. These riders are amazing and no matter what company they work for, they always love to help people.”

Remember to always appreciate, be grateful and if possible, tip the riders who deliver your food and parcels. 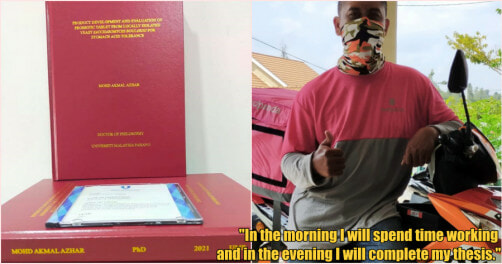