Malaysians have come up with creative and smart ways to advertise their businesses. From a loan shark who created flyers that looked exactly like samans, to a fish shop which printed a banner just to get some shade from the sun.

Recently, a local food delivery rider went viral after an image of him was posted on Twitter by Hafeez Nazri.

The image was of a note on the food delivery rider’s food bag whilst he was on his motorcycle.

Guys, do your role and help a brother out here 🙏 @Twt_Cyberjaya pic.twitter.com/wqXjm7ab6N

The note reads, “I sell the best air jagung at only RM4 per bottle. COD around Cyberjaya is free. If you don’t believe how delicious it is, call this number to try it for yourself. However, if you do not wish to buy, do pray for me and my business. Thank you.”

Hafeez tagged Cyberjaya’s community Twitter account and said, “Guys, do your role and help a brother out here.”

“Disclaimers: This brother has been seen providing his services in Cyberjaya and Dengkil area. If you are around, you can search for him here. I’ve tried the air jagung and I can vouch that it really is delicious!”

Netizens were impressed by how he advertised his business

The tweet has gone viral ever since it was posted on Wednesday (12 January). As of the time of writing, the post has garnered over 14,200 likes and 20,200 shares. Twitter users commented on the food delivery rider’s smart approach to advertise his business.

Some have even tried the drink!

Meanwhile, some users recognised the rider and informed everyone where his stall is located. Users even gave reviews on how delicious it really is!

“Is this the brother that sells near the Petronas? If yes, his air jagung is the best, you guys should try!”

“I just tried it, it’s so good. When I gave it to my students they were all fighting for it because it’s not too sweet,” commented another user.

Rider says that all of his stock has finished

A number of users have even found the rider and tagged him in the post. Just a day after Hafeez’s post, the rider informed the people of Twitter that he had to close his stall as there were currently too many orders. 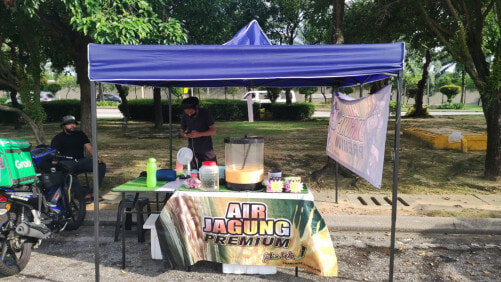 “Thank you very much everyone, I appreciate every single one of you,” he said.

harini tutup kedai due to many order bottle, thank you very much everyone, i appreciate every single on of you ❤ @Twt_Cyberjaya

He even apologised for some late deliveries. “This is my very first time receiving a huge volume of order, it’s my fault and my team have already tried their best, we promise that we will take this as a lesson and will improve.”

Speaking to WORLD OF BUZZ, he mentioned that the price of a bottle of his air jagung is now RM5 after he has upgraded the taste and packaging of his product. 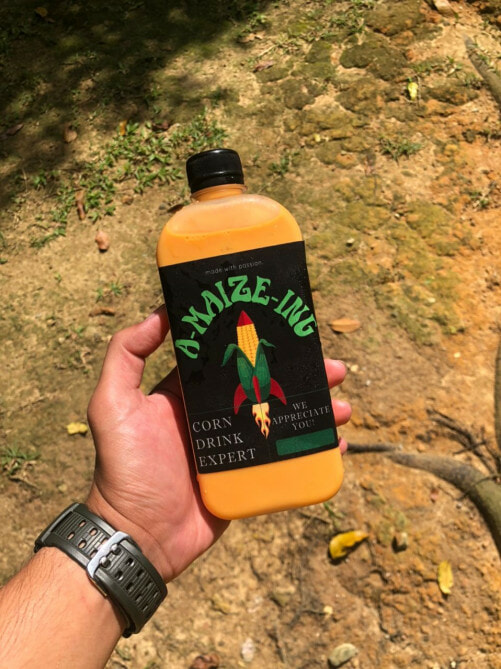 If you happen to feel like ordering, do contact 011-2944 6061 via WhatsApp, or visit his stall at Petronas Persiaran Apec, Cyberjaya, Monday to Friday from 12pm to 6pm.

We wish him the very best of luck with his business! 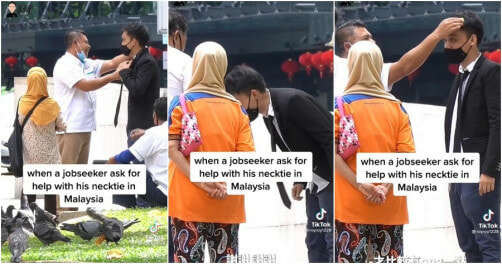