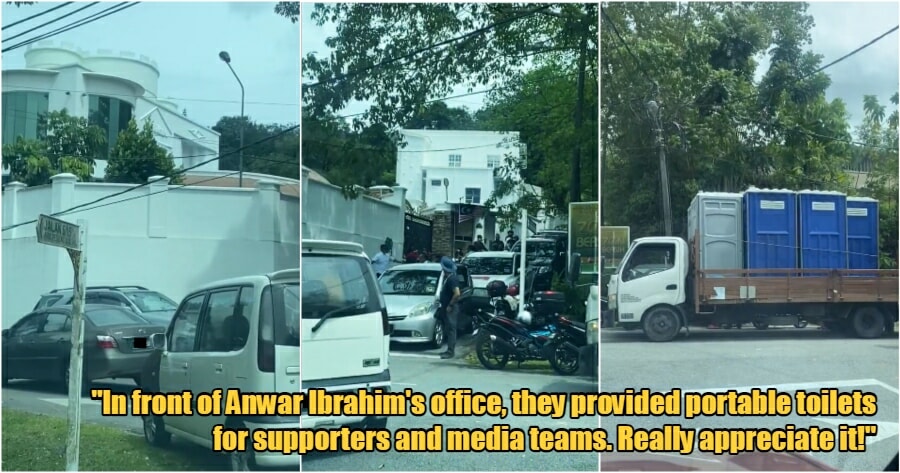 It is definitely not an easy task for reporters to camp outside of 10th Prime Minister candidates homes and offices, especially due to the Malaysian heat and the constant waiting around. Which is why it is very much appreciated when these reporters are treated with kindness and consideration by these potential Prime Ministers.

Pakatan Harapan (PH) candidate Datuk Seri Anwar Ibrahim (DSAI) has really stood out during this time, as he’s constantly kept media personnel outside of his residence and office fed with meals and even popcorn! And now, he and his team are taking things one step further.

To ensure that media friends outside of his office has a place to relieve themselves, DSAI’s team has provided portable toilets as showcased by @piatyong on Twitter. How genuinely thoughtful of him! 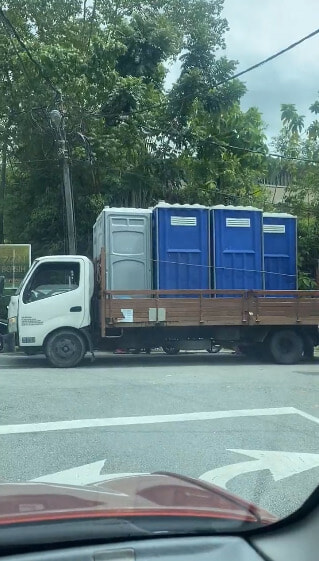 “JUST IN: In front of Anwar Ibrahim’s office, they provided portable toilets for supporters and media teams. Really appreciate it!”

Unfortunately, WORLD OF BUZZ was told that for the reporters outside of the St. Regis Hotel Kuala Lumpur where Perikatan Nasional (PN) and Barisan Nasional (BN) leaders are allegedly meeting, security has been severely tightened and reporters have not been allowed into the hotel to use the washroom.

We genuinely hope that media friends outside of the St. Regis Hotel finds a suitable place for them to relieve themselves for holding it in isn’t exactly healthy.

Kudos to DSAI and his team! 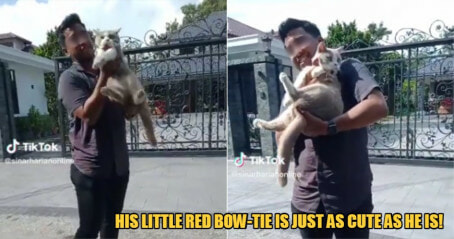