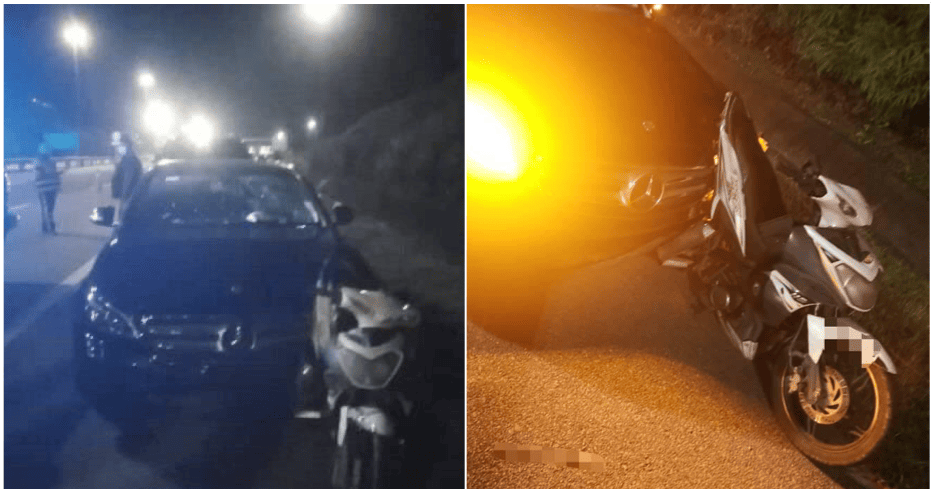 A factory operator died after the motorcycle he was riding was hit by a car driven by a man believed to be drunk in the incident at Kilometer 4 of the Kajang-Seremban Highway (Lekas). Kajang District Police Chief, Assistant Commissioner Mohd Zaid Hassan said, as reported by Sinar, in the incident at about 1.15am, the Mercedes Benz car driven by the 41-year-old man was on its way from Kajang town to Lekas ​​Toll Plaza. He explained,

“Upon arrival at the location, the driver believed to be under the influence of alcohol collided from the back of a Modenas type motorcycle ridden by a 37-year-old man. The collision caused the victim to die at the scene.”

According to witnesses who saw the incident, the car was driven fast in a ‘zig-zag’ movement after passing the Lekas ​​Toll Plaza before crashing into the victim’s motorcycle. The alcohol test performed on the driver found that the alcohol content exceeded the allowable level.

Further integration has lead to the driver admitting that he had been drinking alcohol before the incident. The driver involved, who did not suffer any injuries was detained for further action according to Section 44 (1) of the Road Transport Act 1987. 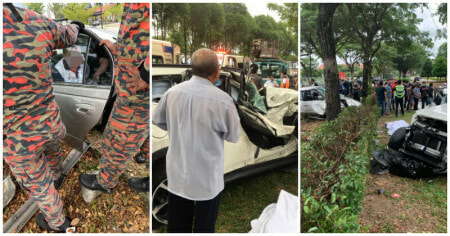