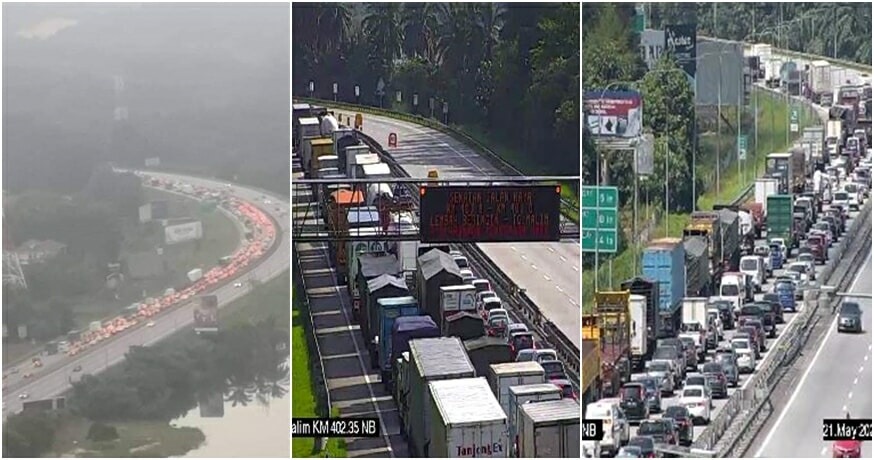 While a majority of us are still doing our best to keep by the restrictions that have been enforced by the government to keep us safe during this time, many Malaysians are still finding ways to flout the regulations in defiance.

And this is especially noticeable on the highways, after it has been revealed by @llmtrafik uploaded several images from their traffic cameras earlier this morning. 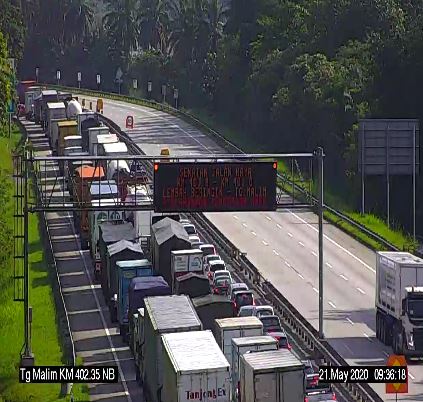 On roads in several locations, including from Lembah Beringin to Tanjung Malim, Southville City to Putra Mahkota, and from the City Centre leading to Sungai Besi Toll, massive traffic jams were found to have gathered. 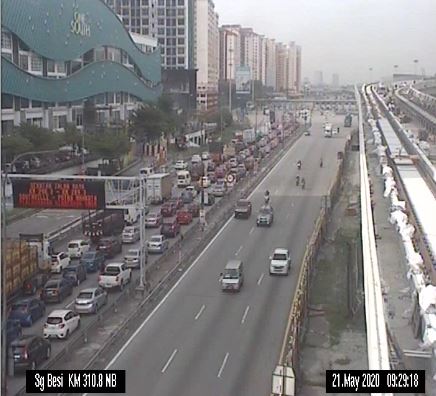 While many have attributed the congestion to road blocks being set in place by the police, others have raised questions as to the reasons why these major interstate highways are being used to begin with. 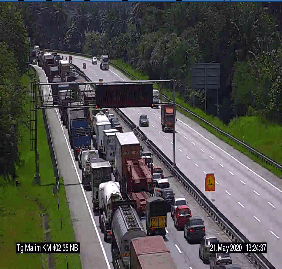 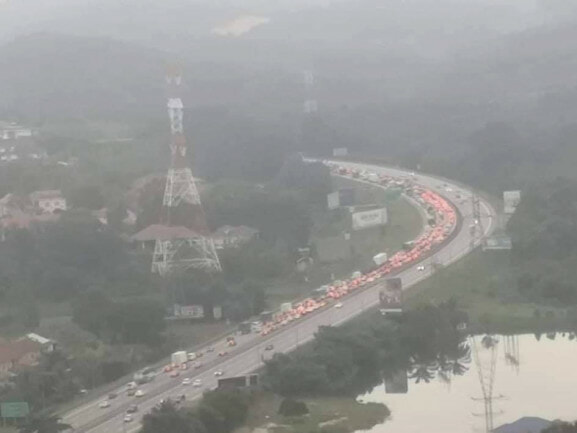 This follows after Senior Minister for Security Datuk Seri Ismail Sabri Yaakob said that as many as 3,212 drivers were told to make a U-turn after trying to travel past state borders. As of today (21st May 2020), all interstate travel has been banned.