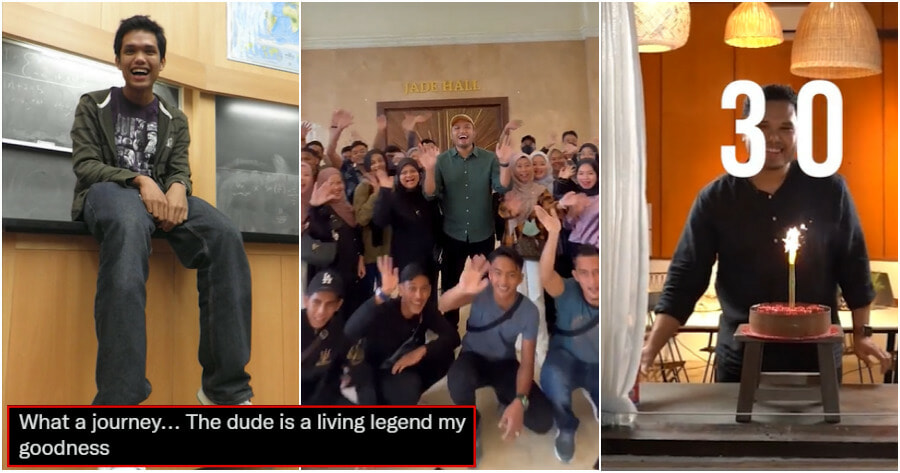 Over the recent years, one content creator and influencer that has gotten much praise and attention from the rakyat is Khairul Aming who is known for his food recipes.

Despite making millions from his business, the man is still humble and continues to inspire us.

Recently, in tribute to his 30th birthday, Khairul released a compilation video of his life journey which started from when he was 20-years-old all the way to the present day.

“10 years were filled with so many memories. Thanks to everyone for being part of the journey,” he wrote. 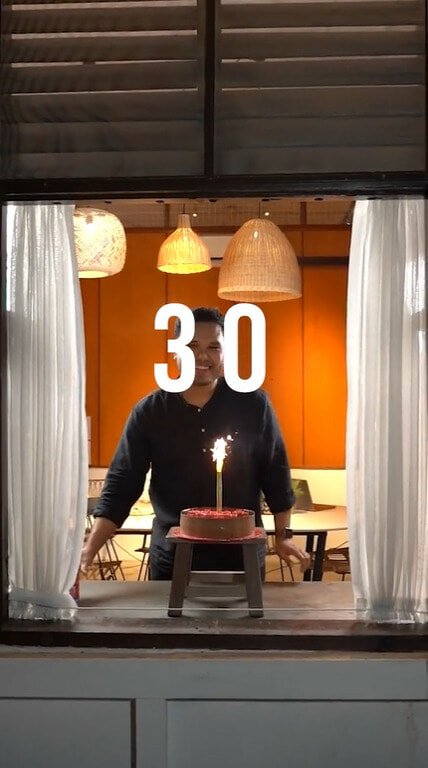 Meanwhile, he also highlighted how back in 2020, he had already said that he will be releasing a special video to commemorate his 30th birthday.

The video starts off with Khairul commentating on clips from back when he was 20 when he was studying engineering at the Vanderbilt University in the US.

“When I was 21, I bought my first DSLR camera and I improved my skills. I got first place for an international travel video contest in the US and became the president of the Malaysian student association there.”

He then graduated when he was 22. “At 23, I returned to the motherland and started working at an oil & gas company.” 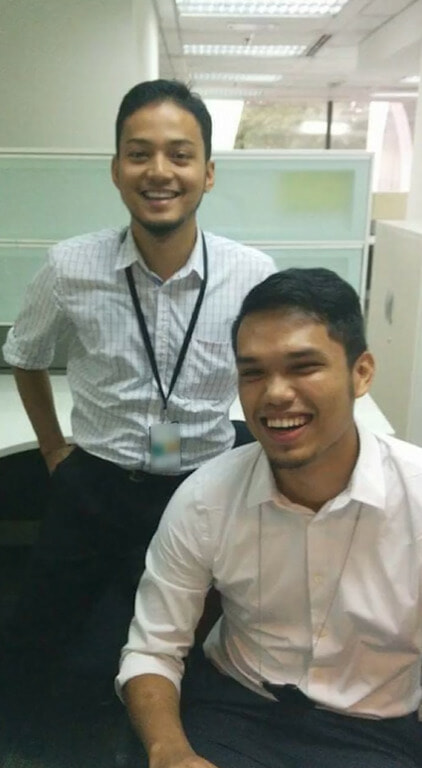 He then went on to work for a logistics company where he tried various side hustles which all failed.

Some of the side businesses he attempted to start included preparing ready made meals, selling t-shirts and selling resume templates. 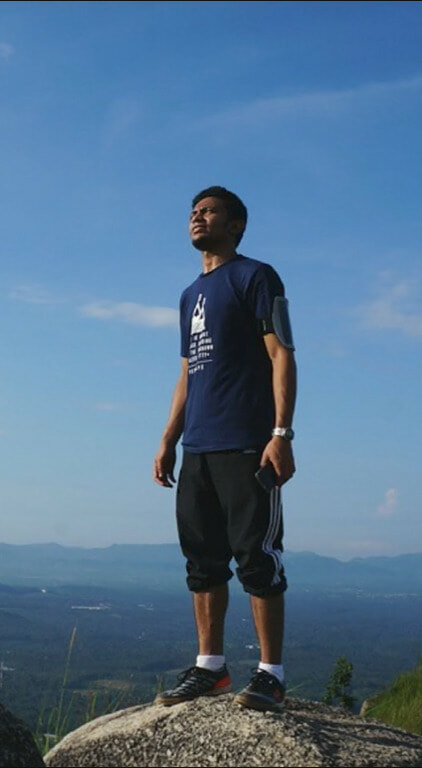 He then came up with idea of making food recipes and even created his very own DIY photoshoot studio where he would upload his cooking videos to the Facebook channel ‘rasapop’.

The channel then boomed and had over 500,000 followers. “So I decided to sell my own products. I would go to Kampung Baru everyday after work to buy bottles, chilis.”

“I thought that I’d be successful, but in the end it failed.”

At 27, he tried to find his feet again by posting cooking videos on social media this time which proved to be a success as he gained plenty of followers during this time. 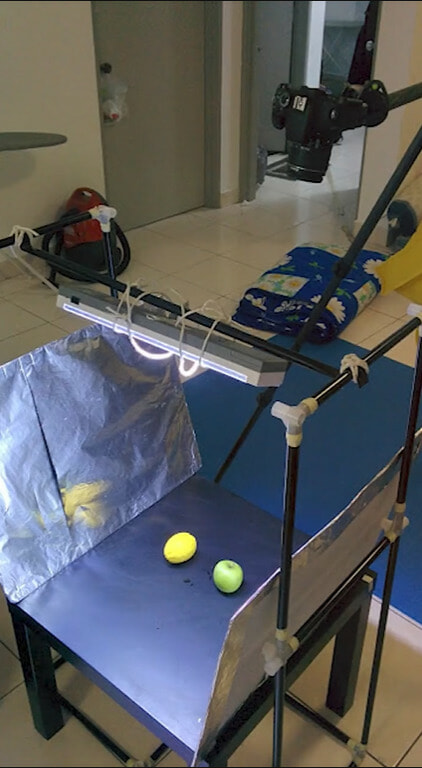 However at 28, he faced hardship once again as his father had passed away. “I thought that with my successes, I would have been able to alter the lives of my family and my father. Unfortunately we had to part ways.”

He then decided to resign from his job and dedicate all of his time and money into himself and his business. 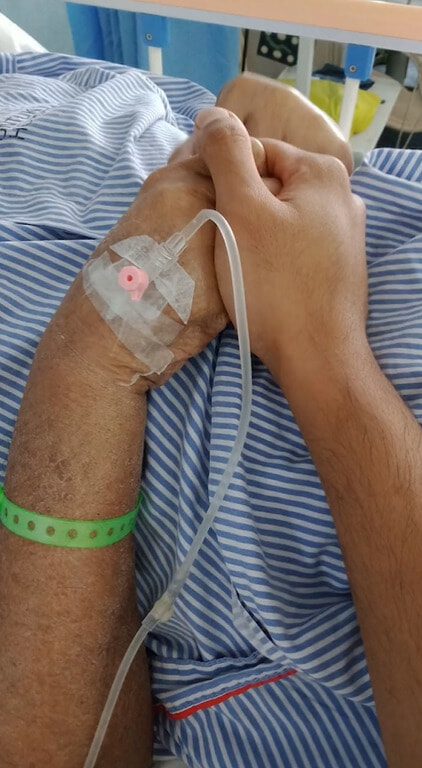 Back to the present day, Khairul said that all of his success has come from the hardships he had to endure in the past and that he has been blessed with opportunities as well as the chance to improve the livelihoods of those around him. 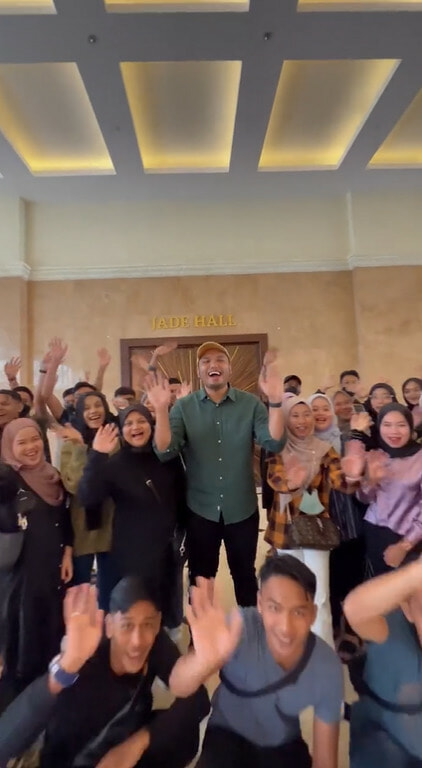 Along with the setting up of his 2nd factory, Khairul also mentioned that he is in the process of adding a new studio.

“As a reward to myself for the past 10 years, I plan to travel the world and shoot amazing content. Thank you to everyone for being a part of my journey, and I’d like to thank myself for not giving up on myself.”

An inspiration to others

His tribute to himself has gone viral and currently sits on over 714,500 views. Plenty of Malaysians took to the comments section to praise Khairul for his dedication and resilience in following his dreams.

“He said that he failed plenty of times but eventually he was successful. That shows that he has grit and charisma. A great young man.”

One user said, “Been following him since he only got like 200-500 likes per video. Followers under 10,000. Seeing him grow his own empire was so inspiring.”

I buat video ni untuk compile my life journey dari umur 20 ke umur 30. Sepuluh tahun yang penuh dgn macam-macam memori. Thanks to everyone for being part of the journey 🥺 pic.twitter.com/spumbo7SyQ

A best of belated birthdays to Khairul Aming! Thank you for continuing to inspire us with all of your successes.

Also read: Khairul Aming To Open 2nd Factory In Kelantan After Making Over RM14 MILLION In Sales From His Sambal 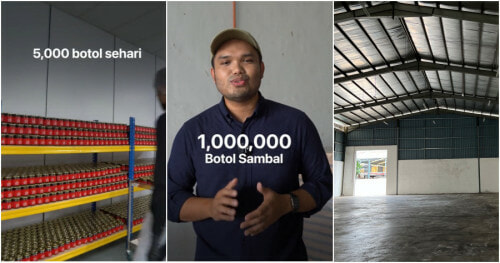