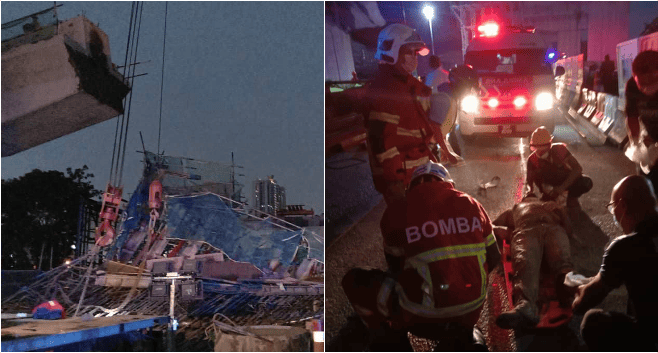 Two Bangladeshi workers were injured after a 12-meter-high highway concrete under construction on the Damasansara-Shah Alam Highway (DASH). Selangor Fire and Rescue Director (JBPM), Norazam Khamis, said they received a call at 7.14pm and arrived at the scene 13 minutes later.

As reported by Berita Harian, a total of nine officers and members from the Sungai Buloh Fire and Rescue Station (BBP) were rushed to the scene. He said,

“The incident involved the concrete rubble of a highway under construction where two Bangladeshi workers in their 20s to 40s were lightly injured. At the time of the incident they were doing work below when they were hit by the concrete fragments that broke off.”

Norazam said the victims were sent to Sungai Buloh Hospital for treatment and the operation ended at 7.34pm. Hopefully, the victims would be given the best treatment so that they will recover soon.

Prolintas has come up with a statement confirming that the incident involved a highway construction project near Kota Damansara which was managed by the developer company Projek Lintasan Damansara-Shah Alam Sdn Bhd. In relation to that, the work stoppage order at the construction site was issued immediately. The developer and the main contractor involved will provide full cooperation to the authorities in conducting the investigation. 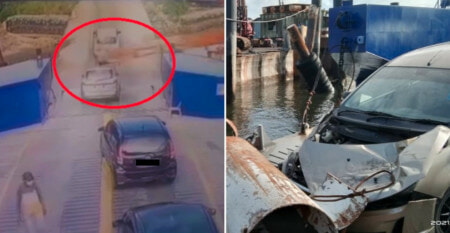