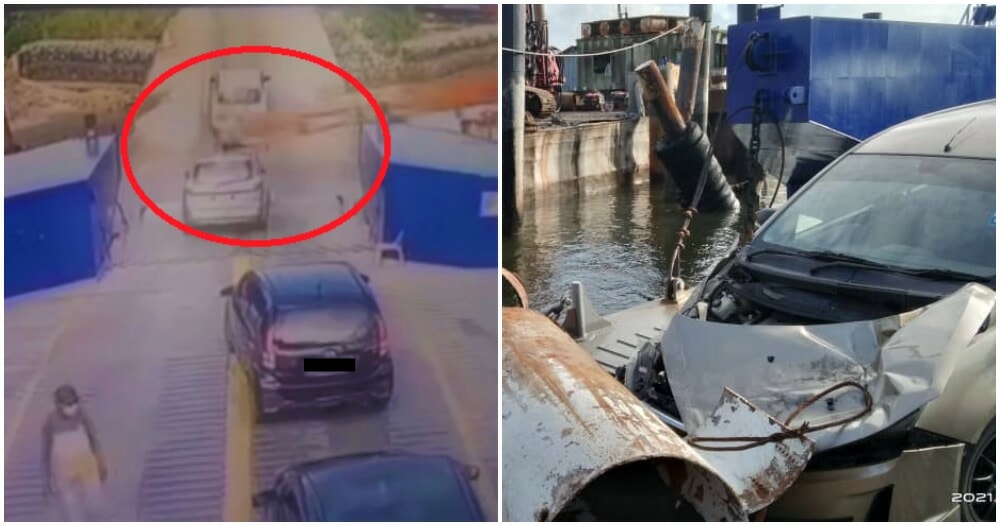 When we think of things falling onto cars, we are reminded of Final Destination.

Recently, a terrifying accident happened at a ferry landing area in Sarawak. The incident which went viral after being posted online took place at Feri Rambungan, Lundu, Sarawak at about 8.30am on 9 June. At the beginning of the video, multiple cars can be seen queueing up to exit the ferry and when it was the turn of a Proton Exora, a metal structure is seen collapsing right onto the front hood of the car. As the incident created a loud sound, an employee ran to the scene.

The contractors were asked to stop their work immediately and no construction is to be done on-site in the meantime. The Ministry of Infrastructure and Ports Development said that they will be aiding the victim in getting adequate remuneration.

The driver of the car is a woman in her late 50s and luckily, she did not sustain any injuries, reported The Gago Daily.

This is certainly very dangerous! The woman was definitely lucky that she did not sustain any injuries. However, we hope that she will recover mentally from that traumatic experience. 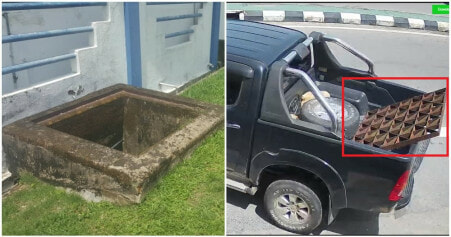