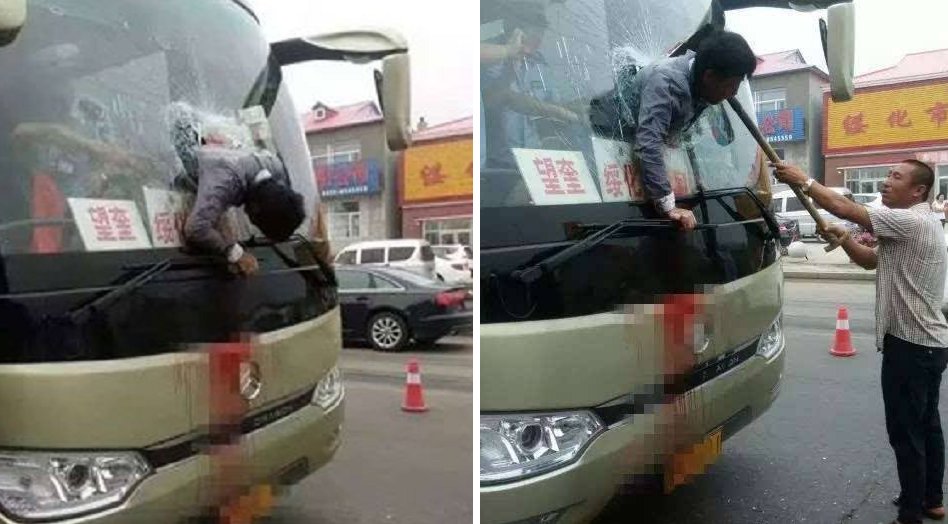 A man was reported to have his body smash through a bus windscreen in China.

The bus was en route to Suihua city from Wangqui county when the man broke through the glass on Thursday. The incident happened in a short distance ride from the Central Primary School in Suihua.

Half his body can be seen hanging out while blood was visibly flowing down the front of the bus, reports CCTV news on their Facebook page. 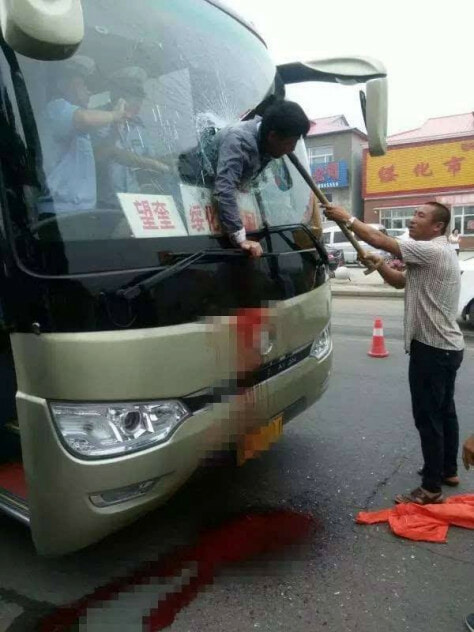 But don’t be fooled by the bloody pictures, because this is not the result of a freak accident.

In fact, according to passengers on board at the time, the man had deliberately rammed his body against the glass. His first attempt was unsuccessful so he did it a second time! Yes, the man threw himself TWICE onto the bus’ windscreen.

While the reason for his bizarre actions is yet to be known, police from the Heilongjiang province in north China are looking into the matter. Our best guess at this point is that the man had a few loose screws.

And it appears many others felt the same way.

“The bus window usually can’t be broken so easily, for example if there’s fire inside. This man must’ve been desperately flinging himself full force onto the window.” one user commented.

Another one wrote, “Seems like the man has some mental issues. He probably should get himself checked.” 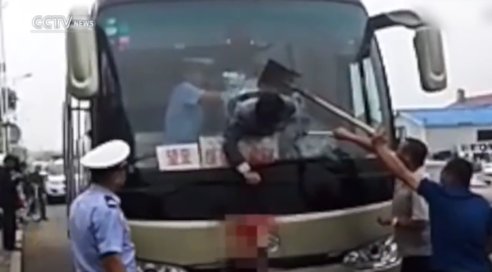 Some netizens suggested the man either had drugs in his system or was suffering from some pretty terrible life problems. One user even joked that the man may be practicing a stunt presumably from a Chinese movie.

“Maybe he is trying out some stunts he watch in a Chinese movie.”

Not too long after the incident, the man was freed (with a shovel apparently) and was sent to a nearby hospital for medical attention.

Miraculously, (believe it or not) he was reported to only suffer some cuts and scraps despite losing a lot of blood. So powderful.