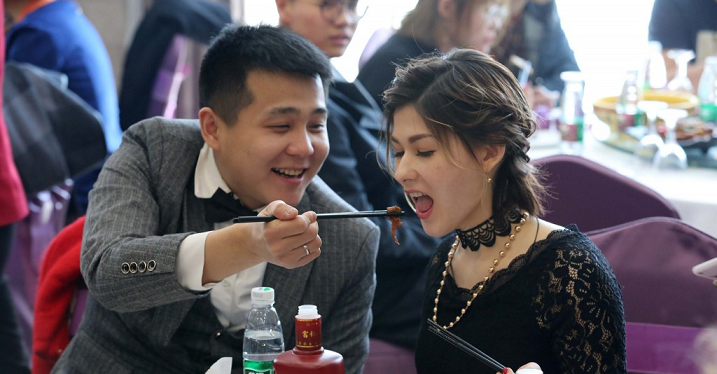 In this day and age, it isn’t easy for a young Asian couple to get married. Generally, it is expected that they should have a car and a house before tying the knot. Especially for countries like China. Just look at the rising prices of properties! 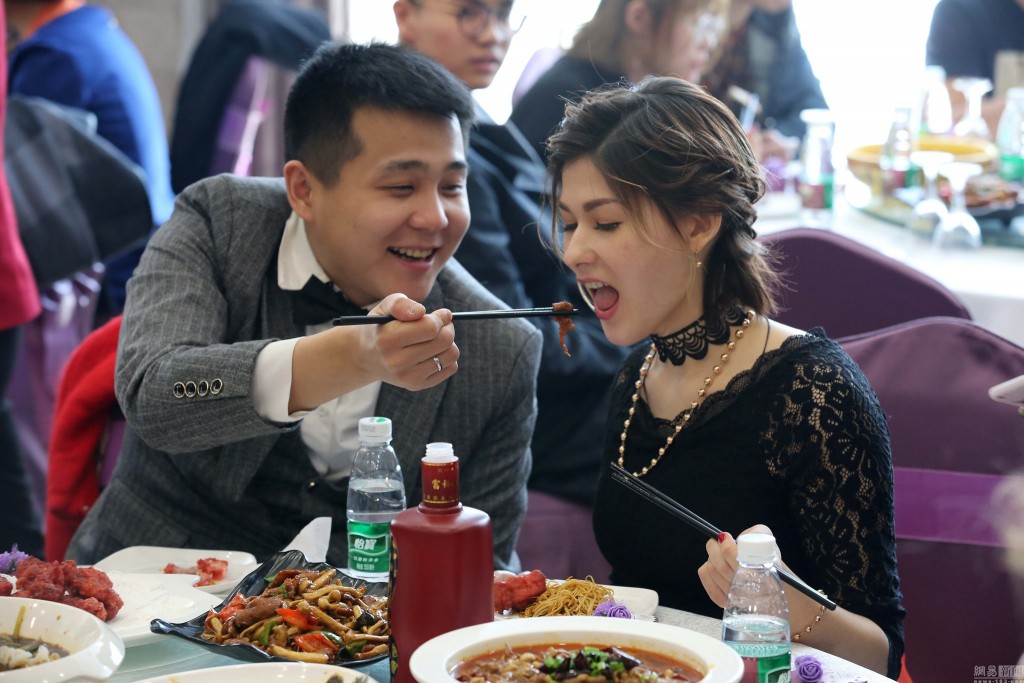 But this interracial marriage that took place in China last Saturday defied traditional Chinese prerequisites. Chen Jinyang, 28, from Heihe married Sophia, his 22-year-old Russian bride in a simple wedding banquet at a hotel in Heihe.

Shanghaiist reported that the couple met in 2016, when one of their mutual friends introduced them. He was attracted to her and he managed to gather his courage to ask Sophia for her WeChat.

Chen was working as a coal mine worker then, and would chat with Sophia when he had finished for the day. 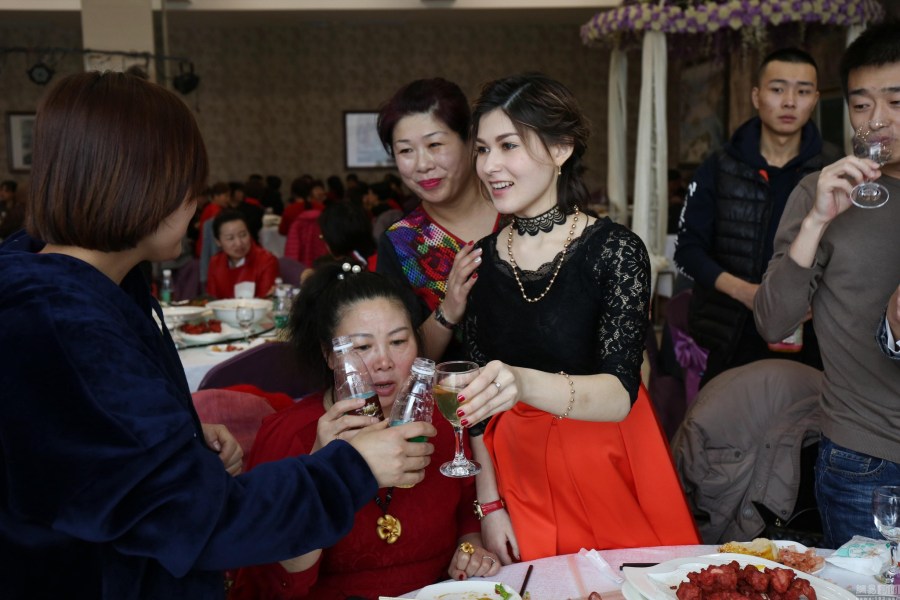 Luckily, Sophia is fluent in Chinese, as she came to Heihe five years ago to study Chinese at one of the universities. She was enchanted by Chinese culture and picked up Mandarin quickly. After she graduated, she found a job with a company in the city and decided to continue living in China.

According to Sophia, it was love at first sight for her. Chen also took the effort to woo her by sending her flowers through family and friends as he was not living downtown.

Their romance blossomed after Chen asked her out and after one week of dating, Sophia requested for a week off from her job so that she could visit Chen at the coal mines. Aww, so sweet! 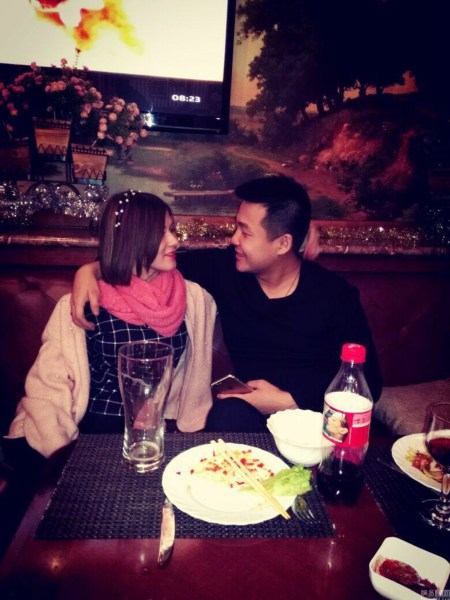 Their love deepened and soon, Sophia decided that she would quit her job in the city to move in with Chen. The mining housing that Chen lived in was not something that Sophia was used to, as she had to use outdoor toilets and baths, while the frogs and rats were in abundance.

Sophia revealed that even though it was the hardest time she had, but it was also when she was happiest. Chen popped the question to Sophia after half a year of dating and she agreed. 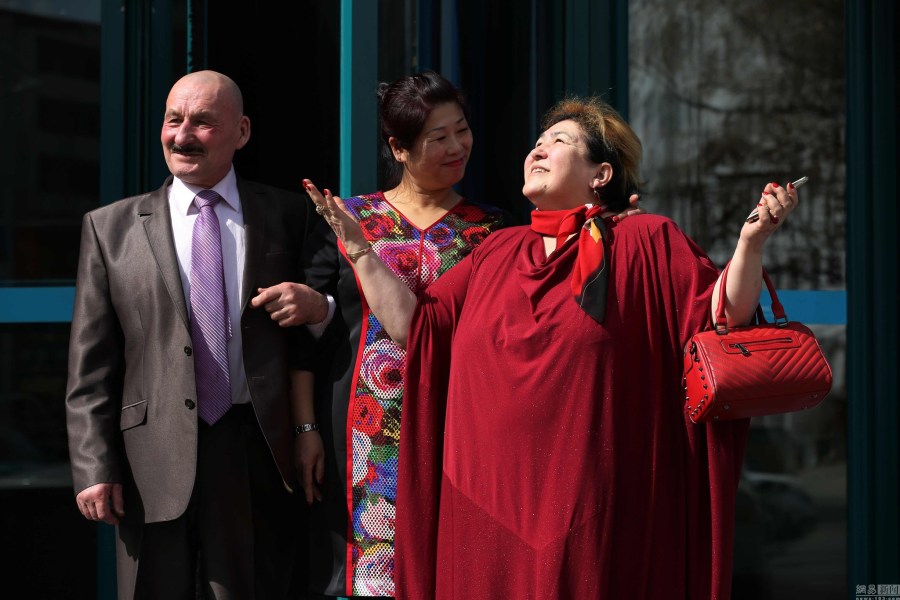 Although the besotted couple does not have a car, a house or any savings, Sophia is not worried. She said,

“I believe that love is the most important thing. We just need to work hard, and I’m sure that we’ll soon be able to buy a home and car.”

In the meantime, Chen has also quit his job at the coal mine and the couple plans to visit Russia in April to conduct a formal wedding ceremony. The newlyweds already have plans for the future, as they want to start a business in Russia and will split their time between the two countries.

Congratulations to the newlyweds and we wish both of you a long and happy marriage!

Also read: French Girl Marries Chinese Guy Saying She Does Not Need a Car or Apartment, But Only Love 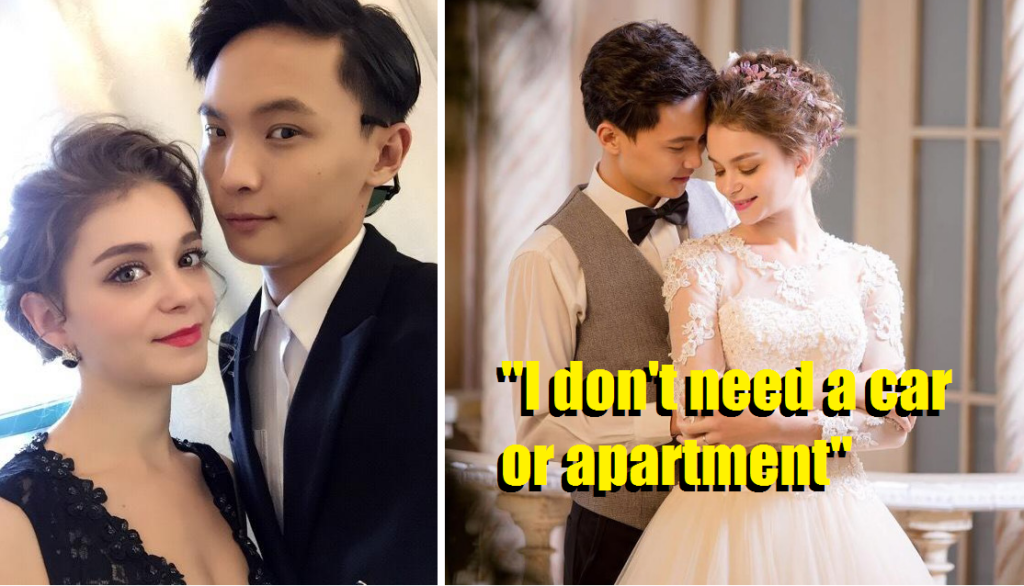