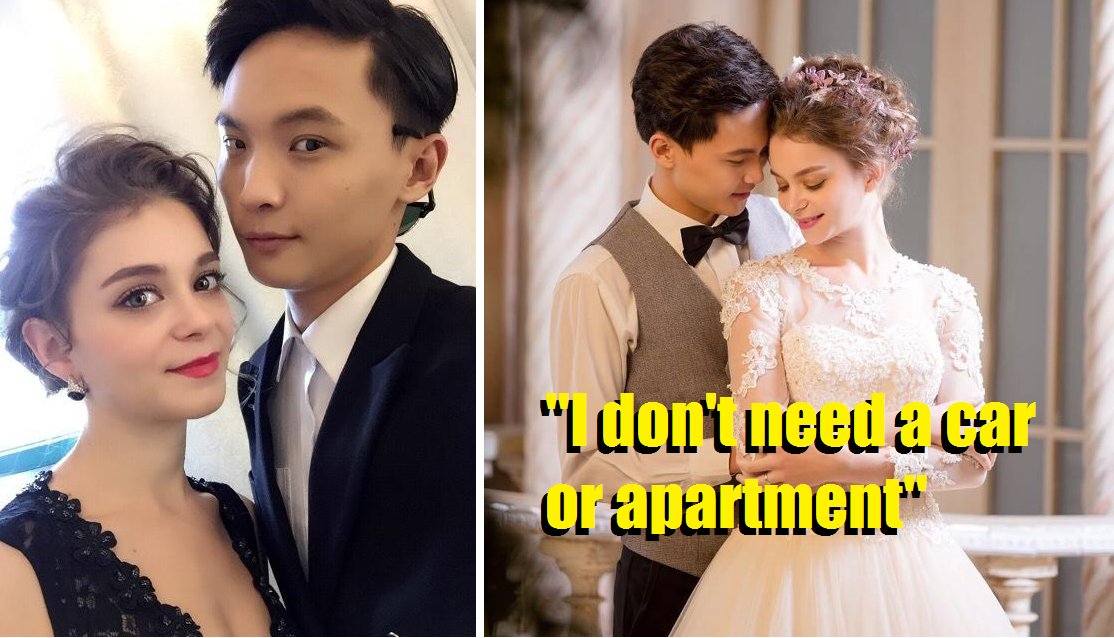 Marriage marks the beautiful moment when two people come together and vow to dedicate their lives to each other. This was especially true for these newly weds that went viral in China.

No it doesn’t mean getting married in your birthday suit you perverts.

The term “naked marriage” in Chinese basically means getting married before owning your own car or apartment.

In some countries, marriage isn’t just about love.

Certain Asian countries like China place a pretty strong emphasis for the men to be financially stable before he can even think about getting married. The conventional teachings from parent to child has even affected women in China where most females would require financial assurance from their boyfriends before they would agree to a wedding.

So as the saying goes, no money = no honey.

However, the wedding of this couple became an inspiration to a lot of people, showing that sometimes, love does prevail and people should put less emphasis on money but on true love.

It was said that Emilie first arrived in China three years ago as an exchange student at Fudan University. Although she was French, she was fluent in Chinese and six other languages!

Emilie did her internship at a hotel in Suzhou and there she met her soon-to-be husband Xie, who was working as a golf coach at the club nearby.

The two met and Emilie boldly asked for his contact information. Later, she confessed to him that she liked him and they began dating. Emilie says that she loves Xie, so she didn’t need an apartment or a car before getting married.

Her statement of not expecting her husband to provide for a car and apartment drew in a lot of attention on social media.

“You lucky dog! You get a beautiful bride and don’t even have to be a slave to mortage! Meanwhile, I’m here living pay check to pay check without even a girlfriend,” a person commented.

“I have a car and an expensive apartment, marry me instead!” another netizen wrote in.

“Foreign girls are more laid-back than Chinese girls. My girlfriend says she won’t marry me until I buy a BMW,” wrote one web user.

Joke aside, netizens wish the newly weds well and hope their love for each other will stay strong.

Their wedding also became a wake up call to a lot of people on how materialistic the world is right now, and people should change how they place importance on money.