Who doesn’t like it when there’s a big sale going on, especially for food and essential items? Chaos in the crowds is expected to erupt but for this to happen in the midst of the pandemic, it is certainly not something that we want.

Recently, a video showcasing crowd and chaos in a newly-opened supermarket in Tunjong, Kelantan has gone viral on social media. During the incident, the supermarket had a big promotion where mackerel fish were sold at RM0.10 each, which prompted customers to rush to get their hands on the fish and during the process, SOPs were disregarded.

As you can see in the video below which was shared by the Borak Daily Facebook page, there was no social distancing at all among customers.

As expected, it gained the attention of netizens where some of them had questioned SOP adherence. 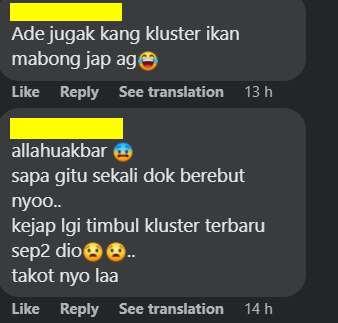 “That was chaotic just for fish. I’m so afraid for a new possible cluster.”

In the meantime, other netizens had also weighed in on how the supermarket should have handled the promotion. 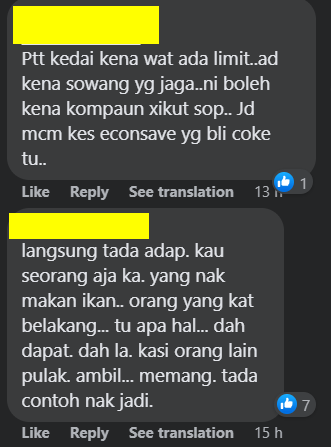 “The supermarket should’ve limited the sales for each person and someone should’ve been there to oversee the crowd, as well as limiting how much a person could buy.”

“No manners. Do you think you’re the only one who wanted the fish? What about the people at the back?” 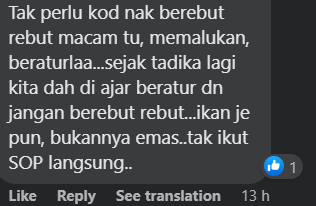 “I don’t think it needed to be this chaotic. We were taught to line up since kindergarten. Just follow the rules and line up. How hard is that?”

As we’re nearing the endemic phase, it is time that we practice the new norm and keep following SOPs in order to avoid unwanted consequences.

Also read: Large Crowd Seen Dancing at Ipoh Event Without Social Distancing & Some Did Not Have Mask On 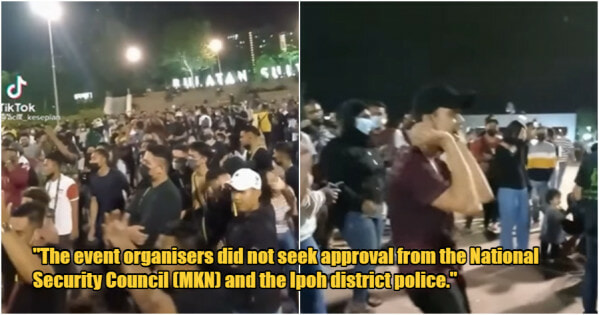