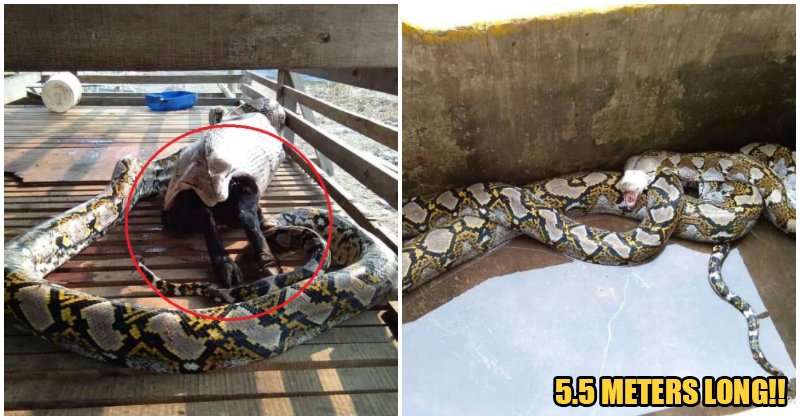 Malaysia has always been known for snakes sneaking into places they’re not supposed to be, such as toilets and make-up videos.

Now another snake has popped up in Batu Pahat, Johor, and this one’s a scary little creature. Well, calling it little is an understatement.

The Info Kemalangan & Bencana Malaysia Facebook group took to their account to showcase a huge python that snuck into a goat’s pen and swallowed it whole.

They captioned the posting with, “The Head of Operations from the Fire and Rescue Station of Batu Pahat, Senior Fire Marshall 2 Ridwan Gembur informed that his officers had received an emergency call at 9am before rushing to the location.”

When they arrived, the 5.5 meters long python was already swallowing the 30kg goat. 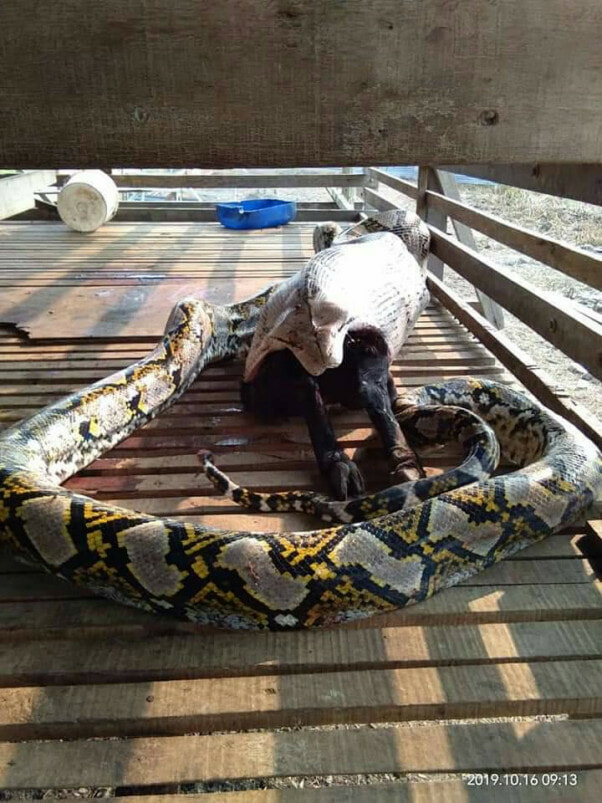 “The fire department personnel had trouble catching the snake as the equipment used could not hold the huge snake,” Ridwan had told Sinar Harian.

It had apparently taken about 25 minutes to catch the snake after it had thrown up the body of the goat that it had swallowed earlier. 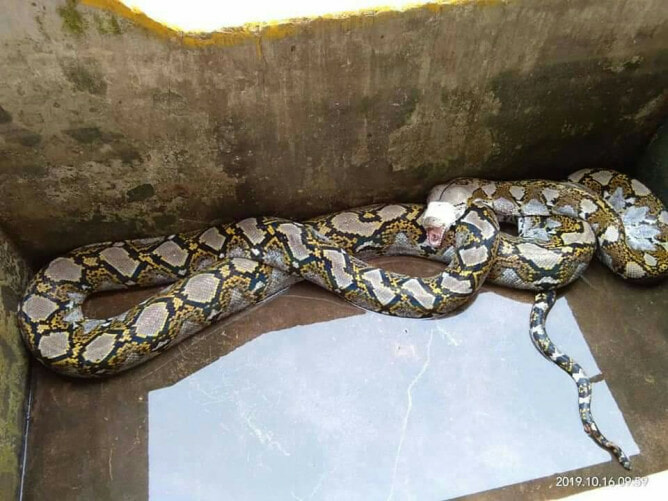 “The snake was then taken to the station before being handed over to the relevant party for further action. The overall operation ended at about 9:45am,” he added.

Thank goodness for our brave fire department for managing to capture the dangerously huge python before it could do any damage (beyond the poor goat that is).

What would you do if you stumbled upon a python that big? Let us know in the comments section! 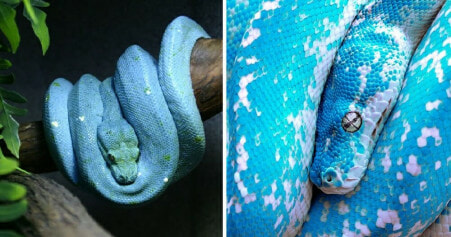