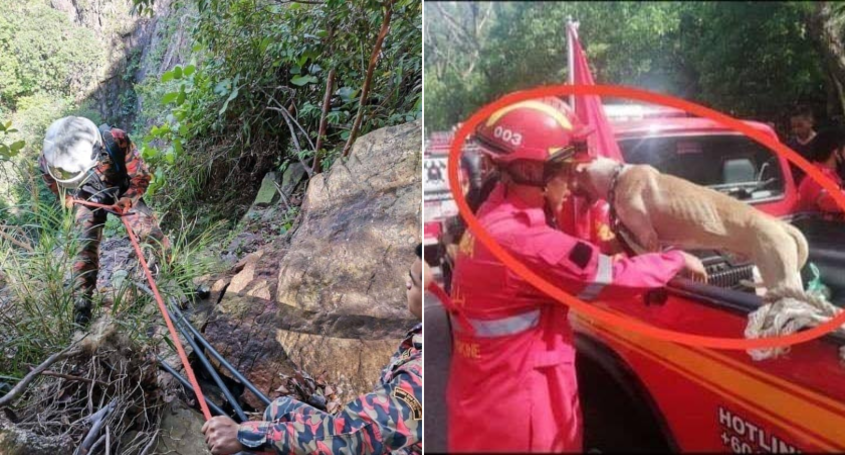 This group of dedicated firefighters worked tirelessly to help an animal that was in the most dire of situation. A group of firefighters and volunteer firefighters have put their lives on the line to rescue a dog that was stuck in a hillside trenches in Tanjung Bungah, Penang.

This rescue mission was headed by Bagan Jermal Firefighters and Mount Erskine Volunteer Firefighters who worked together to rescue the poor dog that was stuck.

According to Penang Kini, the dog was stuck in a hillside that was about a 100 feet high in Tanjung Bungah. This unfortunate incident happened on Tuesday (5 May). Through the pictures posted, it could be seen that  these firefighters were making their way down a steep hill to rescue the dog. 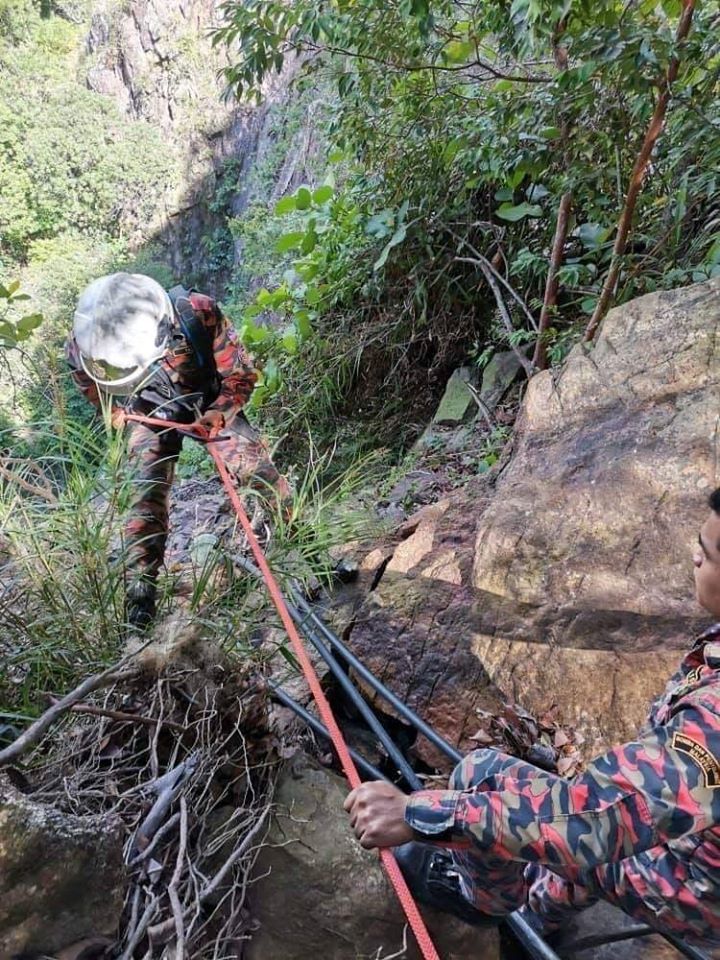 In their mission to bring the dog back to safety, the firefighters had to brace through treacherous terrains and climb down steep hills. More than a handful of brave firefighters can be seen in the rescue team.

Speaking to Mount Erskine Volunteer Firefighters, they confirmed to WORLD OF BUZZ that this incident indeed took place. 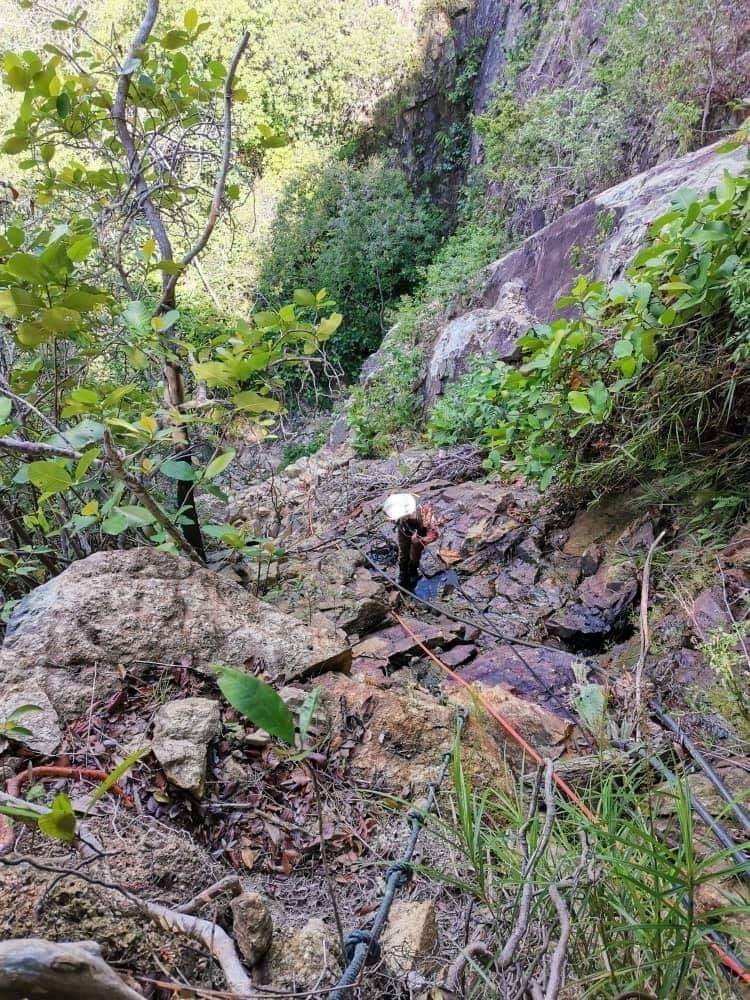 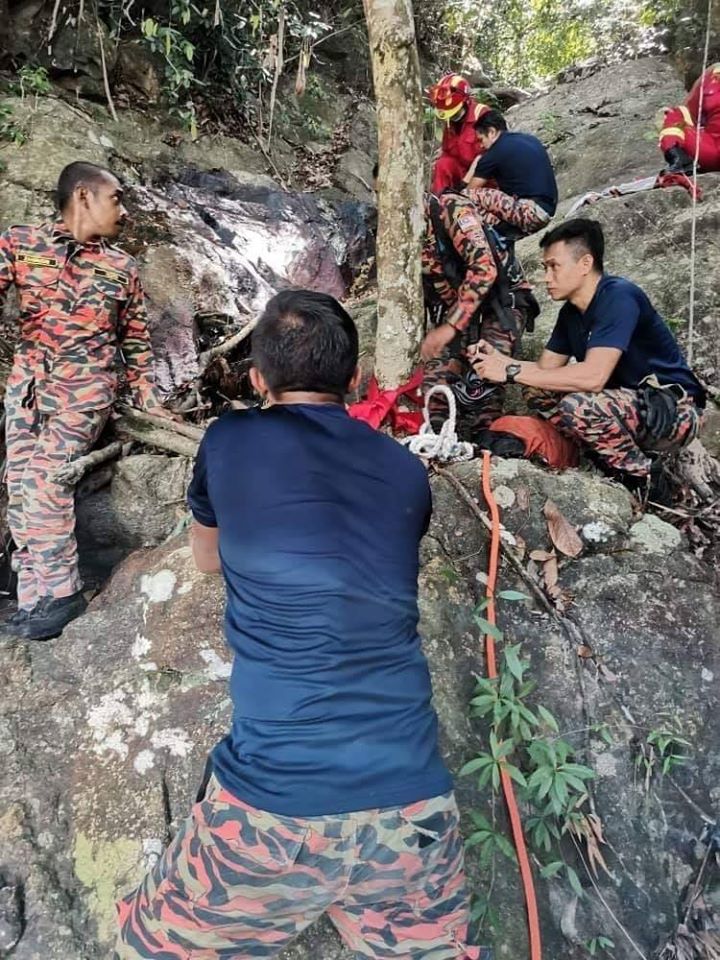 After going a long way down, the dog was successfully rescued and removed from danger, thanks to these firefighters! The dog looked really thin and malnourished. Fortunately, help came in before it was too late. 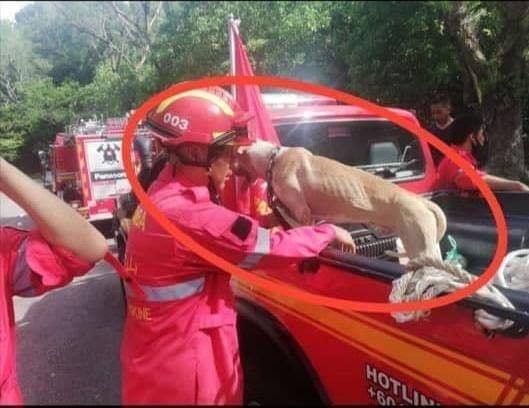 Netizens were really appreciative towards the fact that the firefighters were willing to go through so much and rescue the dog. We’re glad that the dog is safe now, too!

Firefighters are also our nation’s frontliners because they put their lives in line to rescue civilians and other lives in danger. We are really grateful for their service and their quick response to emergency situations.