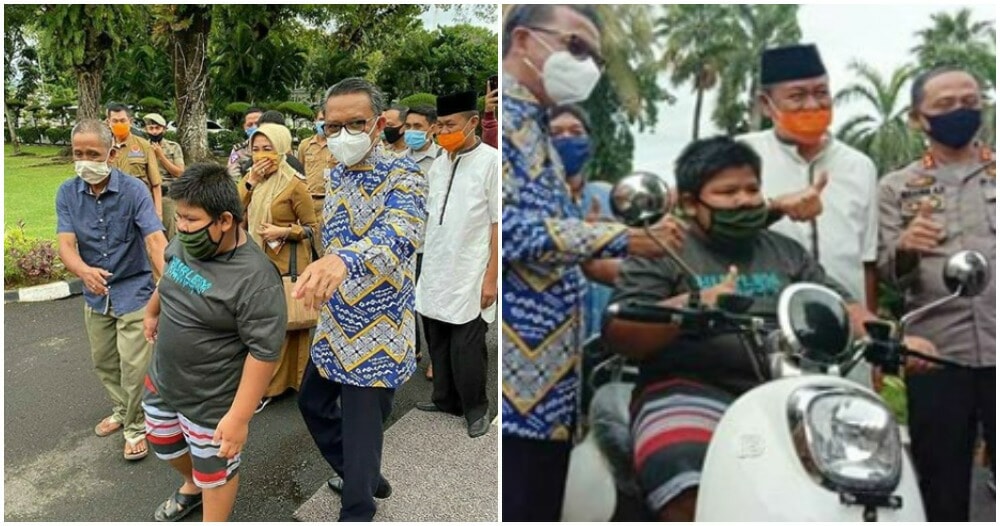 Our hearts broke seeing the story of Rizal, the boy who went viral due to his bullying video. The 12-year-old was a resilient boy who never told his mother what was happening as he didn’t want her to worry. Just when we thought all hope was lost in the world, justice was served when all his bullies were arrested for their misdeeds yesterday!

Rizal’s case even caught the attention of the South Sulawesi’s Head Region who decided that for whatever Rizal went through he deserves some sort of compensation. So, he gifted Rizal an electric scooter so that it’ll be easier for him to sell his kuih.

“I specifically invited Rizan, a victim of harassment to Pangkep Regency and his parents to the governor’s post as a form of encouragement from us to Rizal.” 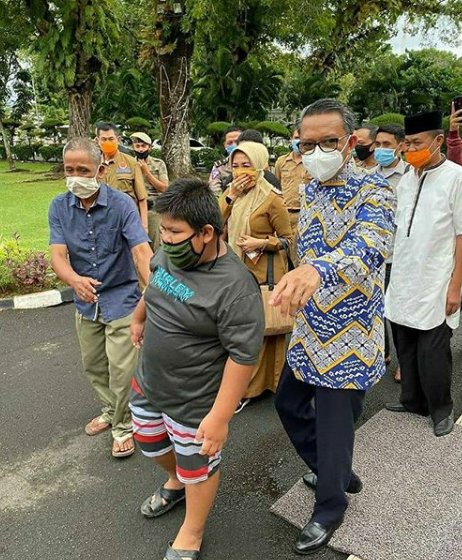 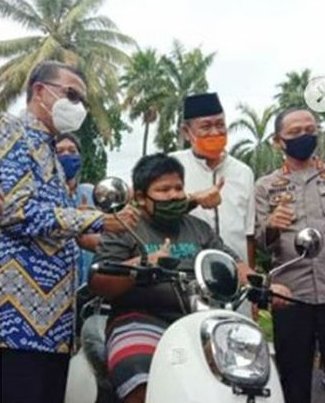 He received a scholarship and monetary assistance

Warta Kota reported this case caught the attention of Rizky Irmansyah, the Defense Minister of Indonesia’s aide, who decided to give a scholarship for Rizal until he finishes his high school and also some monetary assistance. The incident moved him so much that he wanted to take it up upon himself to help the 12-year-old. 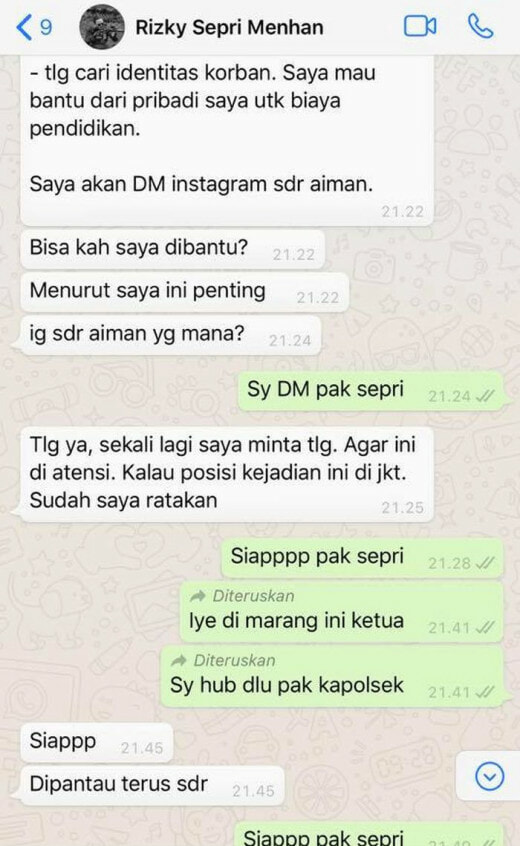 He even video called Rizal to give him assurance that his education will be secured now. 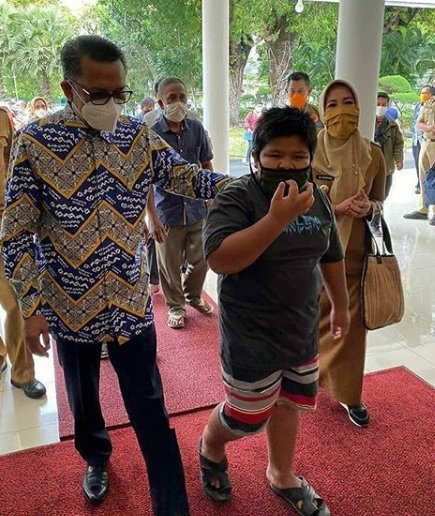 The eight individuals who were arrested for bullying Rizal eight suspects who have been detained at the Pangkep Regional Police Station. Specifically for the main suspect, he’s being threatened with Article 351 of the Criminal Code in the Child Protection Act, and can be jailed up to three and a half years.

We thank those kind individuals who are helping Rizal through his difficult times and are providing a better life for him. For Rizal, those bullies will be getting what they deserved and you won’t have to worry about them again. You have support from the whole world now with you.