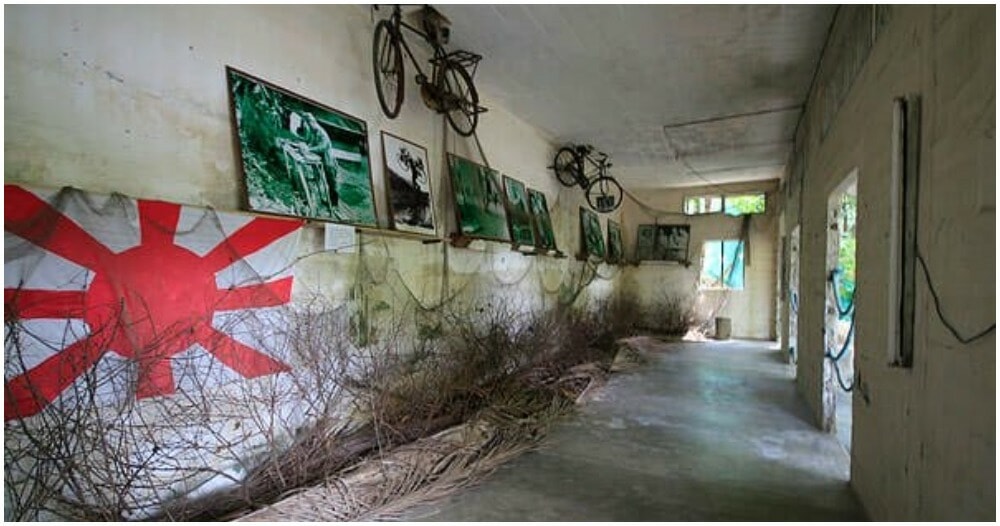 So, it’s Halloween once again, and you know what that means… time to spook yourselves with some creepy stories about haunted places!

Penang is rich in history, from being one of the major ports of Southeast Asia during the British colonial period, to facing the horrors of the Japanese Occupation. It’s no wonder there are so many places in the state that are believed to be haunted since it’s been through so much!

That’s why we think Penang is the perfect place to visit for all you ghost-hunters out there. Here are just some of the most haunted places on both mainland and the island with the creepiest stories we’ve come across. Check it out! 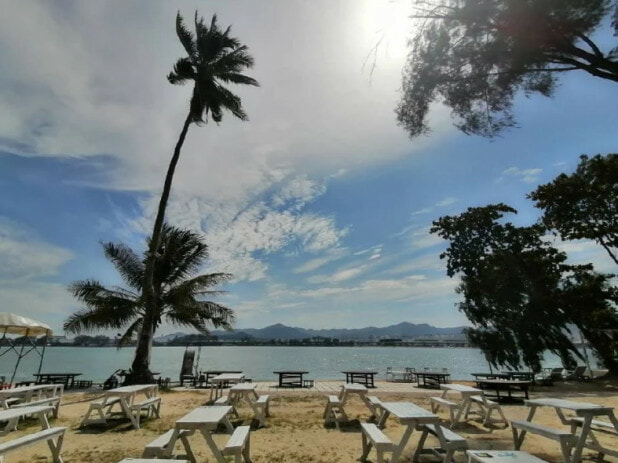 A short ferry ride from the Penang Island Jerejak Resort Jetty, Pulau Jerejak was once a secluded prison during colonial times, where prisoners were tortured and treated inhumanely. The prison was surrounded by shark-infested waters, killing any inmate who tried to escape.

On top of that, there were also five camps built to quarantine leprosy patients. It was estimated that about 1.13 million people were quarantined on the island between 1877 and 1957. More than 5,000 people reportedly died on the island, and there’s even a small cemetery where some of them were buried that exists to this day.

Now, it is widely believed that Pulau Jerejak is filled with spirits who were unable to find peace. So, don’t be surprised if you immediately feel overwhelmed when you check out the island! 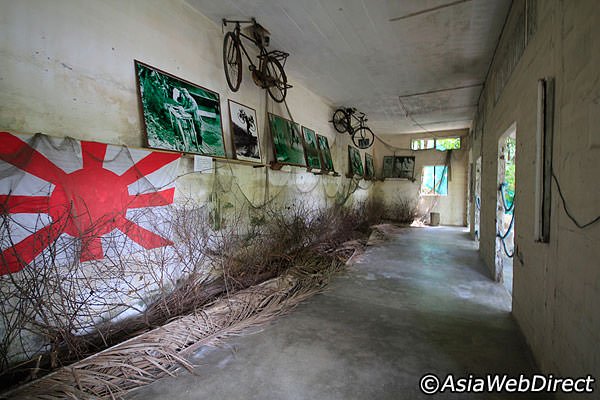 The Penang War Museum is so haunted, that it even made it to National Geographic’s list of Top 10 Most Haunted Sites in Asia!

The famous museum used to be a fort built by the British in the ’30s, where the battle for Penang against the Japanese military took place 11 years later in 1941.

When the Japanese took over, the fort was turned into a prison base where countless of people were tortured. The hill it was on was later named ‘Bukit Hantu’ (Ghost Hill) because of the hundreds of people who were beheaded there.

Now turned into a 20-acre museum, many see this as one of the most haunted places on the island, as the spirits of those who were tortured are believed to still linger around the area. 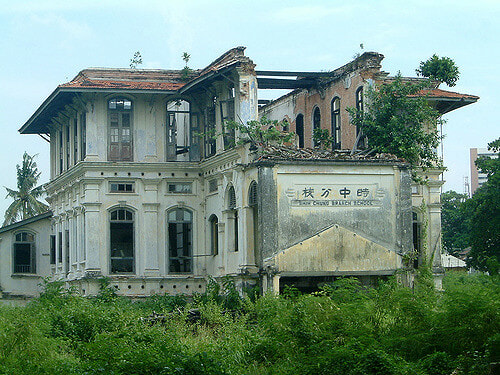 During the Japanese Occupation, this school was turned into an administrative building. It was here where countless people were also subject to the brutal and often fatal torture by the Japanese military.

Now, the abandoned school is believed to be haunted by the spirits of Japanese soldiers, and some people have reportedly had hysteria attacks while visiting the compound. So, proceed with caution if you dare to visit! 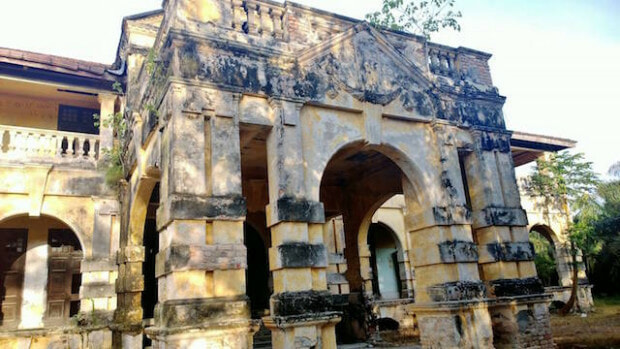 This abandoned mansion is located in a palm-oil plantation in Nibong Tebal. The 99-door mansion was built in the late 1800s by the wealthy Ramsden family from the United Kingdom, who earned even more money from growing rubber trees.

The mansion has exactly 99 doors, with about 5 to 6 doors for each room. However, in 1948, one of the family’s grandsons was shot dead in the mansion. It was also rumoured that the entire family was killed. Then, when the mansion became abandoned in the ’50s, a local bomoh was believed to have used the mansion’s 99 doors as an airport for the dead.

Visitors claimed they have heard strange sounds emitting from the mansion, like growls, tortured screams, and even drums being played. Most people will not visit the mansion after 6pm though, for fear of being cursed by the evil spirits. So, if you do plan on visiting, we highly suggest going in the daytime! 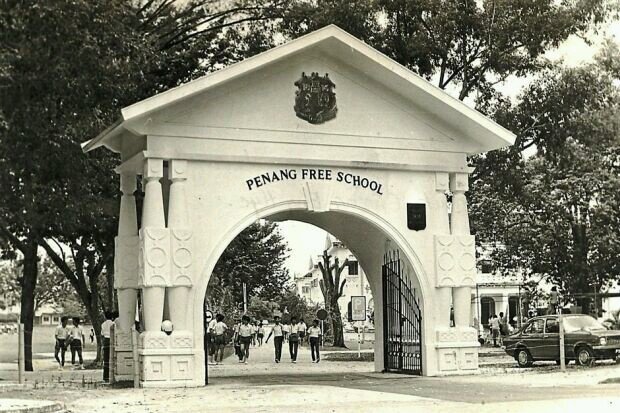 Established in 1816, Penang Free School is the oldest English-medium school in Southeast Asia and the first school to ever be established in Malaysia. So, it’s not surprising why many people believe this place is haunted!

Stories of a woman screaming down the halls of the school is a common one, and many people believe the woman may have been tortured by the Japanese military. 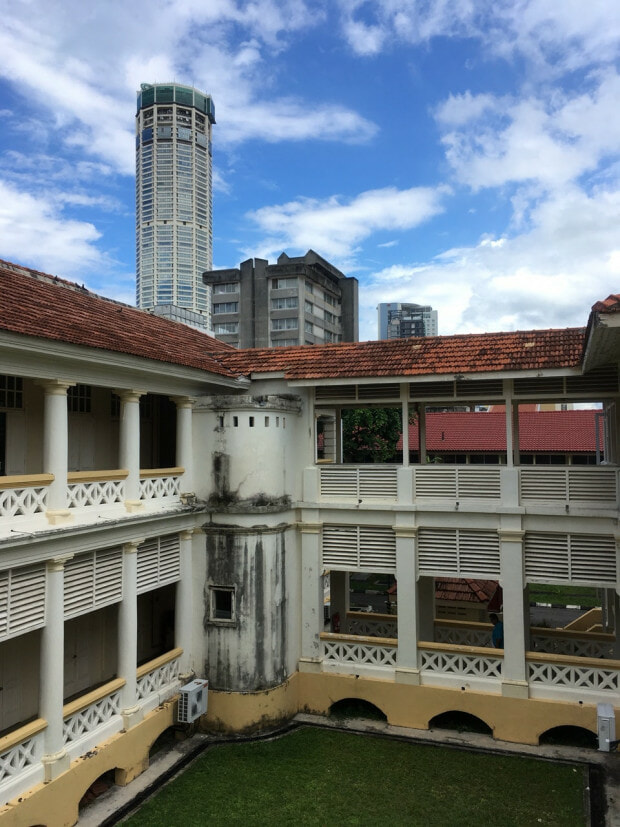 The famous Penang Museum first started out as a maternity hospital in 1915 and has had more than 60,000 babies that were born there. However, during the Japanese Occupation, the building was converted to a naval hospital. Then, when the British came back, the building was used as a barrack to house soldiers, until it was turned into a hospital once again in 1955.

Now, the building has been converted into a state museum, and according to its visitors, it’s a pretty spooky one at that! 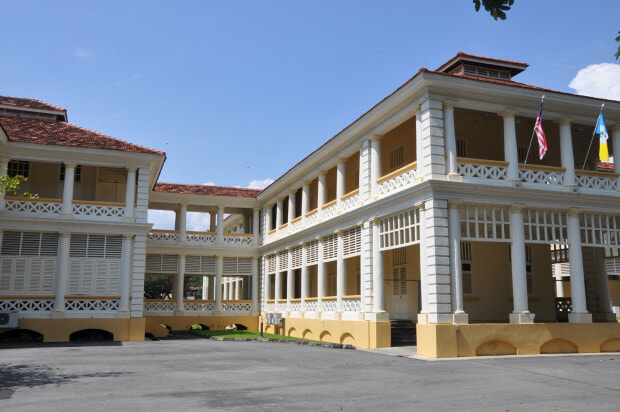 “There have been all kinds of ghostly tales about this place and museum visitors have often asked if it was haunted. We don’t know for sure but we have CCTV footage of doors closing on their own, chairs suddenly shifting, strange lights flying about and sound of heavy breathing at the mortuary,” Penang Museum curator Haryany Mohamad told The Star.

So, if you’re interested in a brief spooky encounter, a visit to the Penang Museum is your best bet!

We hope this list has got you spooked! So, the next time you visit Penang and if you’re in the mood for a fright, be sure to check out some of these places… if you dare!

Also read: 5 of the Most Haunted Places in KL You Absolutely Want to Stay Away From 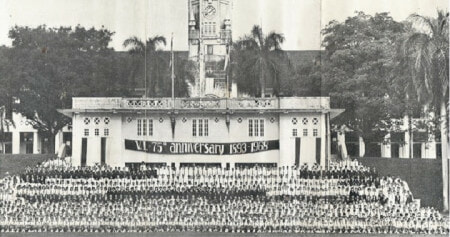