Being a woman in a world that is dominated by the patriarchy is not like walking on a bed of roses, yet many women have persevered and fought their way out of the toxic system. #GirlPower

Many of these women have also managed to break the mould and made history in their respective fields, especially in male-dominated ones. They made heads turn with their intelligence, strength and prowess. Plus, on top of making a name for themselves, these #girlbosses have even opened doors which were once closed to all women in Malaysia. Therefore, to show a little appreciation for them this International Women’s Day, we have listed down six badass Malaysian women who have been making waves (and inspiring everyone) across the globe!

This may come as a shock to many but we are quite proud that our country’s first ever astrophysicist is actually a woman. Yep, Dr Mazlan ventured into the world of astrophysicist back when the field wasn’t popular in Malaysia.

A native to Seremban, Dr Mazlan got her bachelor of Science from the University of Otago, New Zealand in 1975 under the Colombo Plan Scholarship.

Here are some amazing things Dr Mazlan has achieved:

Fun fact: She also believes in the existence of extraterrestrial beings (aka aliens) but she said that we cannot contact an intelligent life-form very easily. True that!

We all know her prowess in politics because she has been one of the most outspoken and diligent ministers in Malaysia. She also once clapped back at a netizen for “advising” her to put on some lipstick when she goes to work. That was rude of the netizen btw!

Nevertheless, Hannah graciously thanked the fellow netizen for his comment and said, “I wear (lipstick) when I feel like it and I do not want to do it because I am compelled to. Makeup does not in any way affect the quality of my work and it should not in any way affect any women in their workplace.”

It’s no doubt that Hannah is loved by everyone who knows her because she is one impressive lady. So, here are some ‘power’ facts about this Wonder Woman:

Hannah Yeoh proves that she is a force to be reckoned with as she successfully balances her personal life and a gruelling career as a politician. Like all the women on this list, Hannah has earned our respect. #Salute

Even if you’re not into politics, you would be familiar with Ambiga because she is one of the main reasons for the political revolution that we have recently experienced.

Through her very successful BERSIH marches, Ambiga and her comrades managed to raise awareness on the corrupt electoral process in Malaysia. FYI, she used to be the co-chairperson of BERSIH.

Besides just being a notable and accomplished lawyer, here are some interesting deets that you should know about this doyenne:

We can only think of one word to describe Ambiga: A.M.A.Z.I.N.G.!

Anyone who’s into music has definitely heard of Yuna, the Malaysian musician who has paved her own path in Hollywood. We are so proud of her!

Ever since she was discovered by a US Indie-Pop label, Yuna’s career as a musician in America began to thrive but it was her song “Live Your Life” that really took her career to a whole new level. FYI, “Live Your Life” was produced by Grammy award-winning producer, Pharrell Williams.

Here are four other fun facts about our favourite songbird:

That said, we only wish Yuna all the best in her voyage and we hope she continues to make Malaysia proud in Hollywood.

The name itself is a formidable force!

I think we can all agree that Nicol Ann David was the best female athlete Malaysia has ever seen. This is because she has continued to make Malaysia proud in every game she has ever played in.

While she had a passion for mathematics and wanted to become an engineer, she decided to pursue a career in squash instead, which was her other passion. Well, aren’t we glad she made that decision!

Amongst Nicol David’s many victories and titles, here are some of her achievements which we think are quite pretty kick-ass:

That said, Nicol David just announced her retirement in June 2019 after 20 years of playing squash. While we are sad to see the Iron Woman go, we wish her all the best in her future endeavours.

Dr Betty may be the least famous one out of all the women in this list but trust us when we say that she is just as amazing as all the ladies here.

An alumnus of UM (University of Malaya) and an expert of her field, here are several reasons why we think that this woman, who is of Baba Nyonya descent, deserves to be on this list:

It’s safe to say that Dr Betty’s work in her field speaks volumes about her credibility as a scientist. We only hope that this incredible woman achieves more in her career. All the best, Dr Betty!

And there you have it – six amazing Malaysian #girlbosses who are basically superheroes in their respective fields! Of course, let’s not forget the unsung heroes in our lives too this #IWD and show our mothers, sisters, daughters, wives and friends some love and appreciation for all their sacrifices!

With that, we’d like to wish all the ladies out there, Happy International Women’s Day and once again, who run the world?

This never gets old! 😂 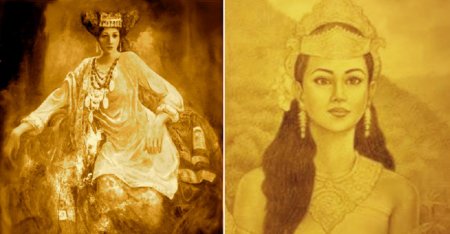