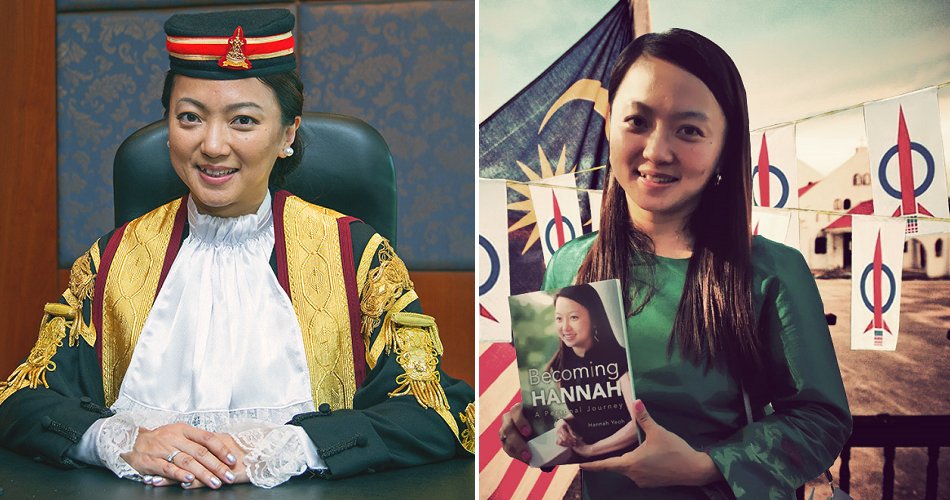 Well, my fellow Malaysians, it looks like we’re creating history again as Hannah Yeoh is the first female to have taken on the role of a state speaker, and the youngest one at that too!

Hannah was only 34 years old when she was appointed to become a state parliament speaker in 2013, according to YMI. 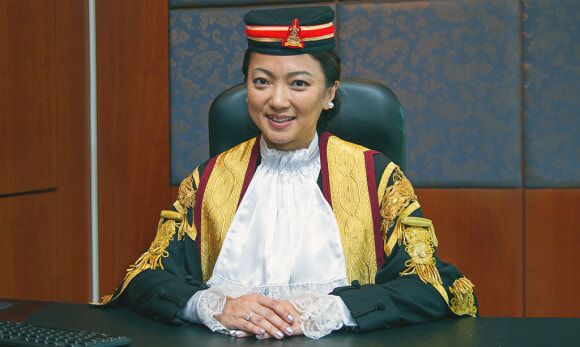 However, unlike other politicians, Hannah’s journey into politics was a rather peculiar one as she once stopped practising law and used to not be a registered voter. Yep, pretty crazy right?

The 39-year-old who is now the speaker of Selangor State Legislative Assembly received a prophecy from a pastor-friend in January 2007.

“You will get a marriage proposal in June,” he said.

Seemed a bit crazy, right? However, this was her stepping stone into politics.

“It seemed quite far-fetched then, as I was single and not seeing anyone. Even up till May, there was still no romantic prospect in sight,” Hannah told YMI.

Hence, without giving the prophecy much thought, she went about fulfilling her duties to the Church and her father’s event management business.

FYI, during this time, she had already quit legal practice.

Going about minding her own business, Hannah found love when she was least expecting it.

In June 2007, when she was serving her church’s ministry for new believers, she found “the love of her life” while she was preaching on the pulpit for the first time EVER!

Ramachandran Muniandy, an IT engineer, who was also sat at the congregation, instantly fell for her as he said God had been giving him visions of his future wife preaching in church for the last few months.

That’s what you call a match made in heaven! 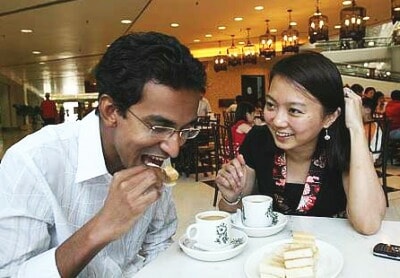 At that point of time, the both of them were friends but he saw her more than just a friend so he told her to “pray about the next stage in her life.”

Moving forward, in the same month, he proposed and she accepted “the proposal 10 days later after praying about it”. Then a year (5 January 2008) later, the both tied knot. 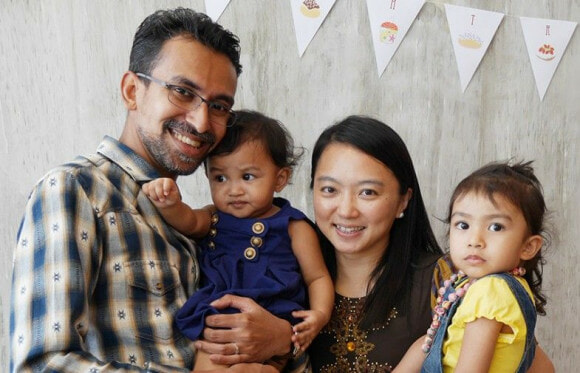 Her incredible story doesn’t stop here because only after her marriage she began to become active in politics!

Hannah’s first introduction into politics happened when her schoolmate, Edward Ling’s interest in politics and his belief in “its role of effecting change” had inspired her to join the Democratic Action Party (DAP) just to support him.

Then a month (February) after her marriage in 2008, DAP had chosen Hannah to contest for the Subang Jaya state seat for the election, they hoped that she would appeal to the “young, middle-class professionals” in the state. Well, they picked right!

She began to understand the timeline God had given in regards to her quick marriage and dating process. 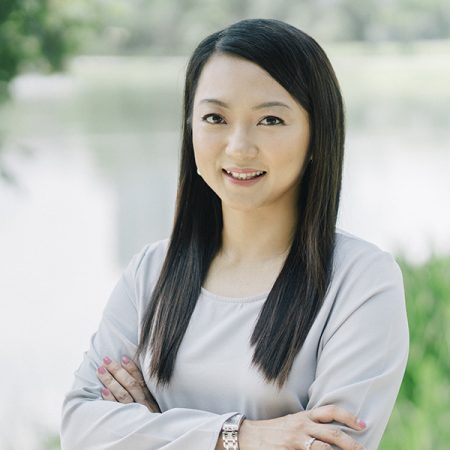 Obviously being a young candidate, doubts and insults regarding her age and lack of experience will definitely come her way but she stood the test of time by leveraging on her youth and wits. 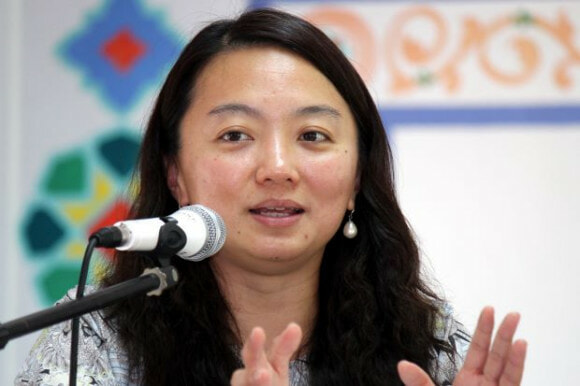 Not only that, during her rallies, she began to involve youths in her talks as she calls on them to “share their ideas and vision for the country”.

The best part is that, although she’s not a seasoned politician, her genuineness and wits had captured the hearts of the people as her supporters and friends managed to raise more than RM100,000 for her campaign. 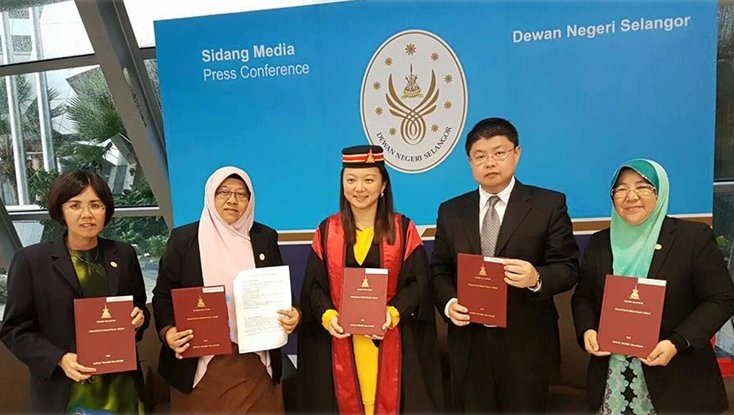 The undivided support of the people was further proven as she managed to win the seat “with a majority vote of 71 percent in 2008” (she was only 29 then) and she was re-elected in 2013.

However, the 2013 election was a special one because she was sworn in as a state speaker for Subang that year.

“God led me on this path and I obeyed, but I also felt discouraged because I felt far away from my own dream to be a preacher,” she said as she ponders about her time taken up with community events and other obligations while people her age are free to hang out anytime after work.

Now that she had solidified her place in politics, all that’s left for her is to carry out her duties.

Her main focus was to fight against corruption and race-based policies. Thus, in the last five years, Hannah had done in all her power “for more checks and balances in the political system”.

How does she do this? Well, by strengthening the role of PKR(DAP) in Selangor. 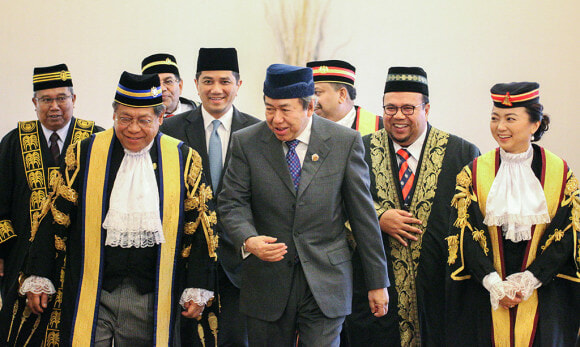 Thus, to make sure this happens, Hannah introduced the “Opposition Time”. It is a platform where the Opposition leaders can speak in the State Legislative Assembly before every adjournment of the House. Besides that, she also worked through the changes that required the Opposition leader to lead the Public Accounts Committee to inspect the state government’s spending.

She had also fought hard to get lands for the people to build their places of worship, which she later succeeded in it.

She is truly a fighter!

Besides being active in politics, Hannah is also passionate about her own faith, Christianity. For instance, in 2015 she released a biography, Becoming Hannah, which talked about how God had been a great influence in her life. 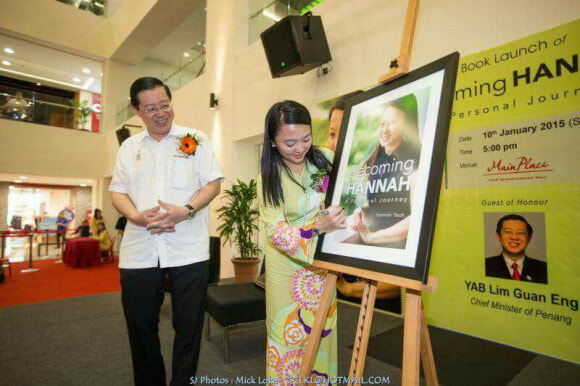 Sadly, her ill-wishers used the opportunity to provoke unpleasant religious debates as a university lecturer lodged a police report in May 2017 accusing Hannah of trying to “coax, influence and instigate” people to convert to Christianity through her book. Nonetheless, no charges had been pressed so far!

“My opponents usually attack me by playing the religion card, especially in the online space. I have learned to respond by setting the record straight on false allegations immediately and by keeping my hands clean so that they don’t have anything to use against me,” she told YMI. 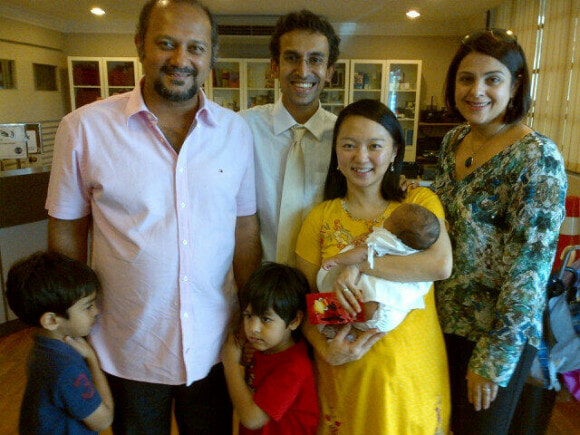 With that said, it’s definitely no doubt that Hannah Yeoh’s is a hero in her own right for she plays the role of a state speaker, a daughter, a wife and a mother passionately and beautifully with the support of her friends, family and husband.

Fun fact 02: Hannah and her husband take turns to put their two daughters, aged four and six, to bed. How cute!

When YMI asked what was her advice to youths, she answered, “Never lose hope in God’s plans and purpose for your life.” “People have told me that it is impossible to stay clean in Malaysian politics and that the system will swallow me. But Nehemiah sought to rebuild broken walls despite the desolation and ruin. No task is too great if one trusts and hopes in God,” she said at last.

All in all, Hannah Yeoh is a great woman and we wish her all the best as she embarks on this new journey with the new Malaysian government.

Also read: 4 Things You Should Know About One of the Youngest Possible MP in Malaysia 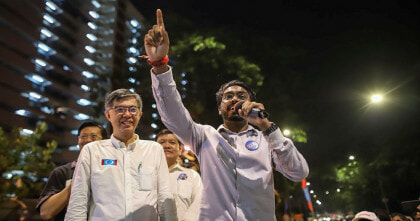