Sex education is truly important because it helps create awareness on safety and precautions. Without proper sex education, there’s bound to be countless unnatural incidences.

Three boys from Kerawang, Indonesia were recently accused of performing indecent acts on six children and an animal!

Two of the boys were 12 years old while one was 13 years old. According to Coconuts Jakarta, the incident took place on July 20, 2017.

The sexual abuse was only unravelled after parents of the victims made reports recently. As the police investigated the case, they found that the sexual harassment all stemmed from pornography.

The village leader, Endang Tarmidzi, of where those boys are from told the media that they have confessed their sins and blamed it on watching ‘adult scenes on YouTube’.

Besides that, the unnamed victims also explained that they weren’t the only ones inappropriately touched.

It was later revealed that these victims were actually friends of the perverted boys.

The authorities even brought in the Karawang Social Office to conduct a mental health examination on the three boys who committed the deed.

According to a local social worker, Dyah Palupi Ekayanti, the boys did not do this because they had serious mental health issues, but they did it out of curiosity.

“My initial conclusion, I think it happened because of their ignorance.”

One of the boys always played with his smartphone where he would come across some pornographic videos. After watching them, the boy then went on to perform those lewd acts.

Moreover, the three boys also had issues with their own parents. Apparently, the parents of these children were just too busy working to pay attention to them.

The parents barely monitored their own children, let alone their education, friends and activities.

So far, there is no news on whether there will be any legal actions taken against the three boys. Usually, the Indonesian justice system will try to solve cases involving underage suspects outside the court.

They say ignorance is bliss, but ignorance has also led to many unfortunate (and WEIRD) cases such as this; which is why proper education in all aspects is very important. Don’t you agree?

Well, perhaps it’s time to sit down and have the ‘bees and birds’ talk with your kids!

Also read: Young Man Tries to Get Six-Pack Abs, Almost Ends Up with Kidney Failure Instead 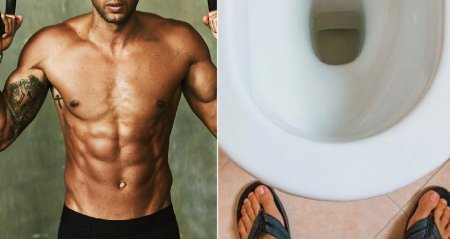