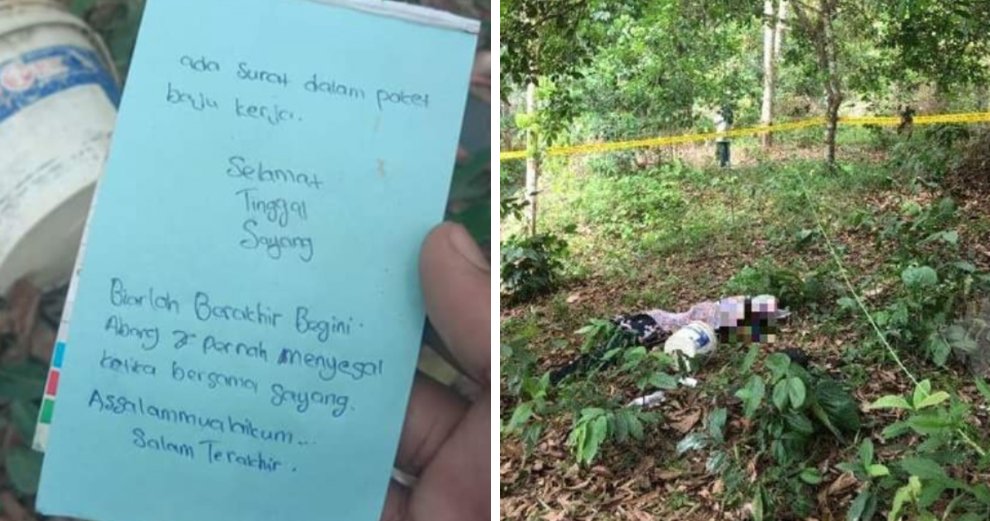 Marital problems can feel like nigh-unsurmountable challenges at times – struggles between two fundamentally different individuals that may never be resolved, depending on the reaction of one or both parties. Sadly, for this man from Kuala Krai, Kelantan, his reaction ensures there will never be a resolution to his and his wife’s problems.

According to Astro Awani, on the 29th of June, the man wrote a suicide note and then proceeded to hang himself after an argument with his wife. 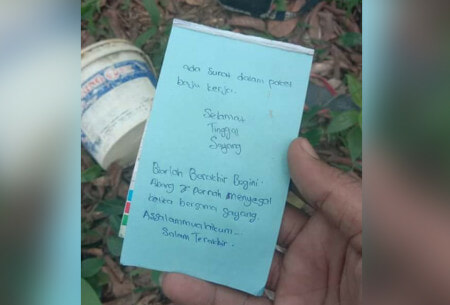 At around 1:37pm, the 25 year-old man was found dead by his 42 year-old wife about a 100 meters away from their home. She also found a suicide note addressed written to her that says: “Selamat tinggal, sayang biarlah berakhir begini, abang tidak pernah menyesal ketika bersama sayang. Assalamualaikum. Salam terakhir.”

The note can be loosely translated into:

Goodbye, my love, let’s just let it end like this, I have never regretted while being with you. Assalamualaikum. Final greeting.

Acting Head of the Kuala Krai Police Department, Dep Supt Wan Fauzi Ishak, said investigations showed that before the man committed suicide, he had picked up his wife who works at a hospital nearby around 8 a.m.

According to her, as soon as they reached home, they had a little argument which was caused by the man’s jealousy.

“Around lunchtime, the woman saw that her husband walked out of the house holding some rope. As soon as she was done cooking, she went to search for her husband in the surrounding areas of their home and found him hanging from a rambutan tree in their backyard.” said Wan Fauzi.

The body of the victim has been sent to the Kuala Krai Hospital for an autopsy.

Condolences to the victim’s family. If you are feeling suicidal or need someone to talk to, please call Befrienders KL. Do not suffer alone.

Also read: 73yo Father Hangs Himself After Daughter Told Him to “Go and Die” During Argument 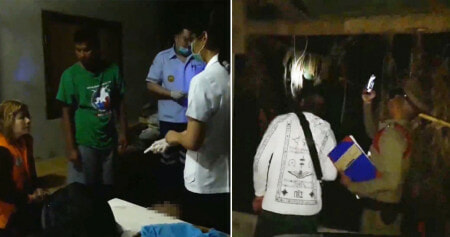