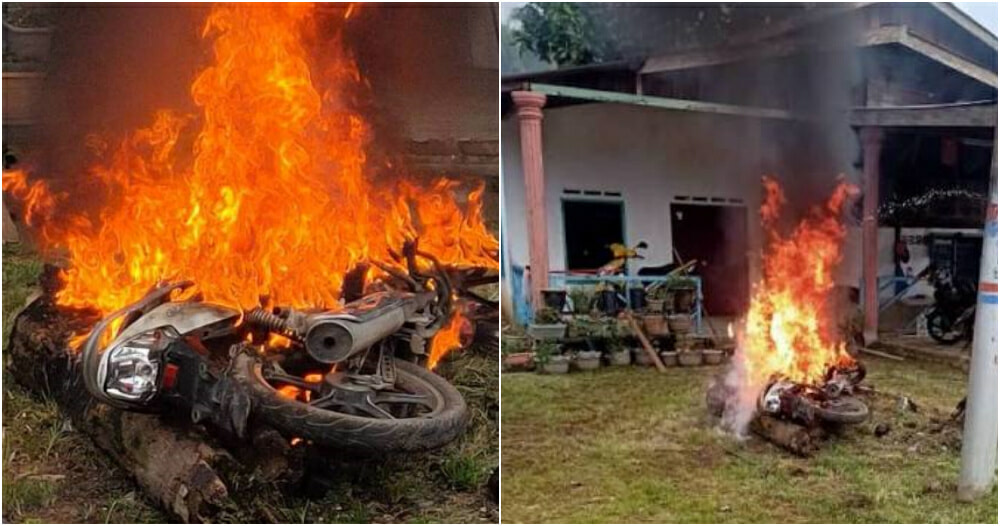 Due to not getting the money he requested from his parents, a man chose to set fire to his motorcycle after going on a rampage in the incident that took place in Paya Keladi Hujung, Penang yesterday afternoon.

According to Sinar Harian, Seberang Perai Utara District Police Chief, Assistant Commissioner Noorzainy Mohd Noor said, in the incident that occurred around 6.30 pm,  the suspect was said to be angry with his parents after they refused to give him money to allegedly buy drugs.

According to him, the 24-year-old suspect then went on a rampage and set fire to a Honda Wave 125 motorcycle belonging to him. 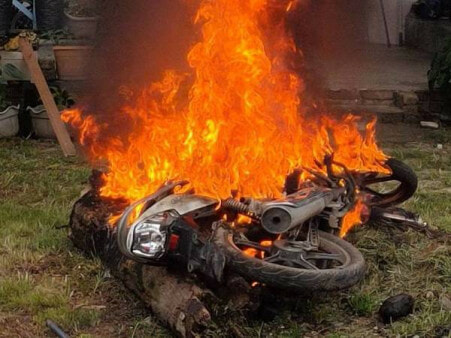 “Police received a call stating that a man went on a rampage and set fire to his motorcycle,” he said.

“He is believed to have done so because he was not given money to buy drugs. However, the suspect did not injure anyone, including his parents,” he said when contacted by Sinar Harian earlier.

Noorzainy said the urine screening test conducted by members of the National Anti-Drug Agency (AADK) found that the suspect was positive for methamphetamine.

He said the suspect was handed over to AADK Seberang Perai Utara for further action.

What do you guys think about this story? Let us know in the comment section below!

Also Read: Klang Man Sets House On Fire Out Of Anger Towards Brother-In-Law Who Wanted to Divorce His Sister 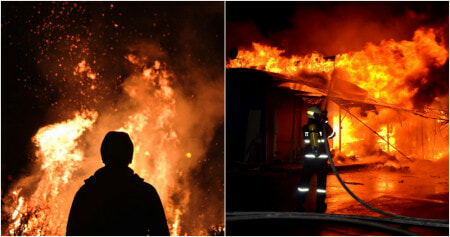