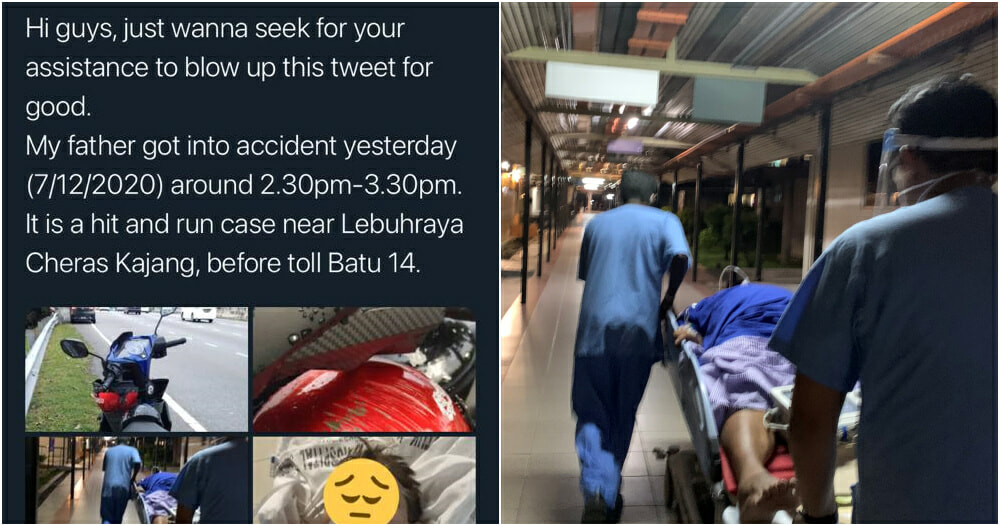 Three days ago, on 7 December, a young woman named Azmeera Mohd Habbi, 23, took on to Twitter explaining that her father was involved in a hit-and-run incident and is suffering from major injuries.

The incident happened on Monday, between 2.15pm to 2.45pm at the Grand Saga Highway, kilometre 17.

Hi guys, just wanna seek for your assistance to blow up this tweet for good.
My father got into accident yesterday (7/12/2020) around 2.30pm-3.30pm. It is a hit and run case near Lebuhraya Cheras Kajang, before toll Batu 14. pic.twitter.com/c4EFBmUIUz

Azmeera and her family got a call from the police informing her that her dad had met with an accident and has been taken to Kajang Hospital.

“My father had serious internal injuries; torn spleen, injured kidney, internal injury to his head as well as a broken rib cage up to 4 bones,” she tells us.

She explained that when she met her dad at the hospital where he was still conscious for a short while, he managed to tell them that it was a hit-and-run by a motorbike.

“He was conscious for some time. But, once he went into the OT, no more. He has been unconscious for two and a half days already,” she explained.

She explained that on the night of the accident, her father had to undergo an emergency surgery to take his spleen out because it was causing excessive bleeding.

“His stomach was bloated with blood,” she added on.

“He lost too much blood and they had to go through a blood transfusion. He is unconscious and unstable. He is in critical condition breathing through machine support,” Azmeera said.

She urges witnesses to come forth if they have seen the incident happen.

“There is no CCTV’s at the incident area. No witnesses at all,” she said.

“We are looking for any witnesses to assist us to find the person responsible. So if any of you happen to know anything about it, please just let us know,” she said.

Lastly, she added on to say “Do keep my father in your prayers. Thank you so much.”

If you do have any information about the incident, please do reach out to Azmeera on her Twitter @meeraraysha. 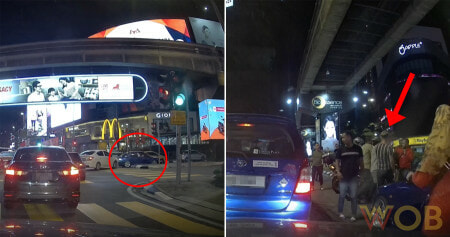