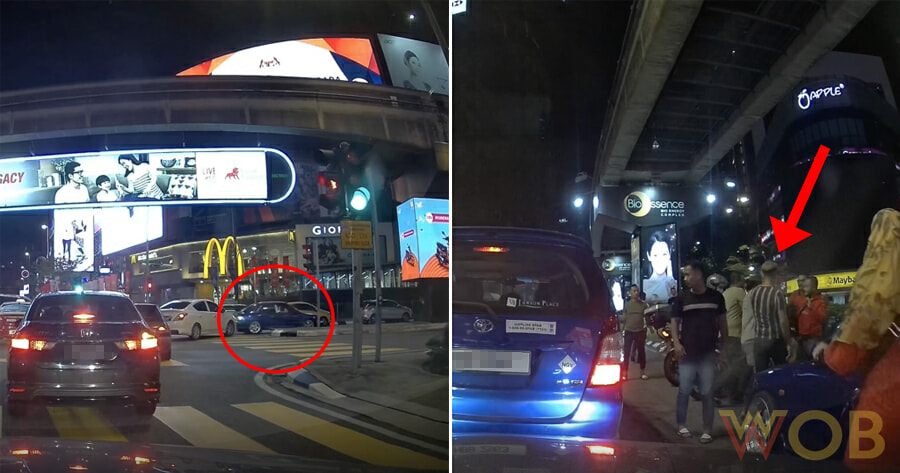 On 6 December, an 18-year-old college student believed to be drunk got into an accident after beating a red light near Bukit Bintang heading towards Kampung Pandan. The student had attempted to escape after crashing into another vehicle, but was eventually stopped and beaten up by the public.

After news about the incident was reported, a reader, who wishes to remain anonymous, reached out and shared with WORLD OF BUZZ some unshared dash cam footage of what took place that night.

The reader, who was at the scene of the accident, said that after the suspect hit the car, the suspect spun out and almost hit a group of delivery riders outside McDonald’s, which was why he was beaten up with helmets by the public. 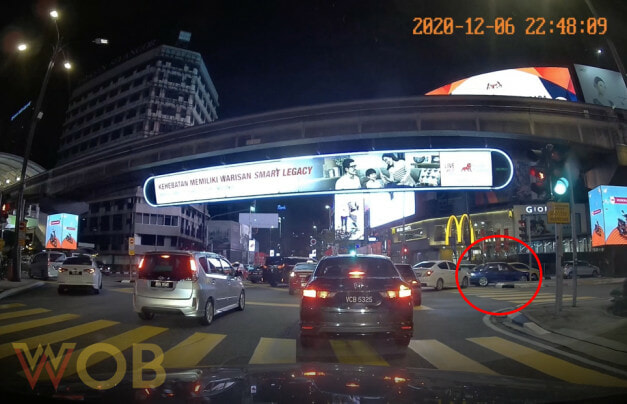 The video shows a blue Proton Wira driving off after the collision and several individuals chasing after the suspect to stop him.

Later in the video, a crowd of people can be seen congesting the road, with most of them standing around to watch as the suspect gets beaten up by several others.

Kuala Lumpur Traffic Investigation and Enforcement Department chief ACP Zulkefly Yahya said that an alcohol test was conducted on the suspect and it was found that the student’s blood alcohol content exceeded the prescribed limit. He was then arrested on the spot, reported Oriental Daily.

“The driver who caused the accident was charged under Section 45(1) of the Road Transport Act 1987, but because he was under the legal age under the relevant laws, he was released on bail of RM4,000,” Zulkefly said, adding that the police will also conduct investigations under Article 79(2) of the same law.

Also read: 18yo Drunk Driver Beaten Up By Public For Trying To Escape After Crashing Into Another Car in KL 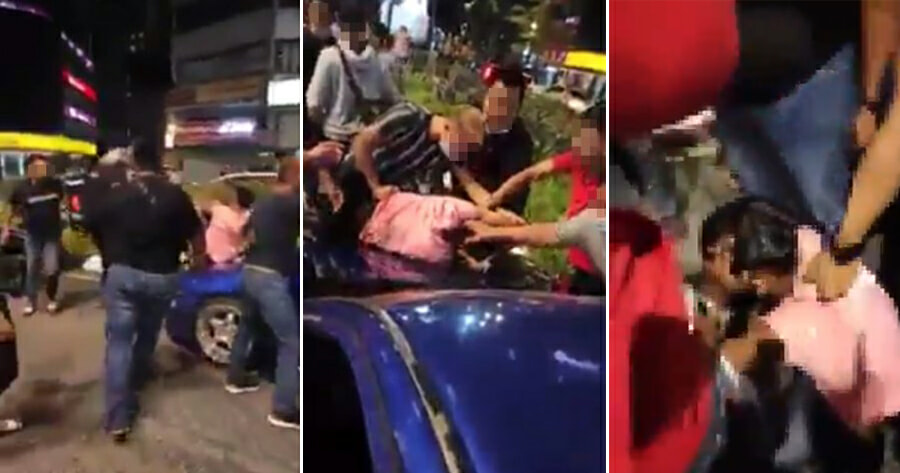