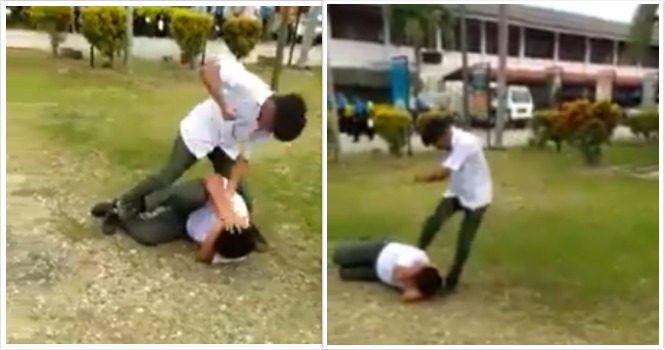 An unexpected clip went viral on the Internet recently that had netizens shocked and appalled. A video clip of a Form 2 schoolboy being beaten up by another male student in a Kuala Pilah secondary school circulated on social media platforms. 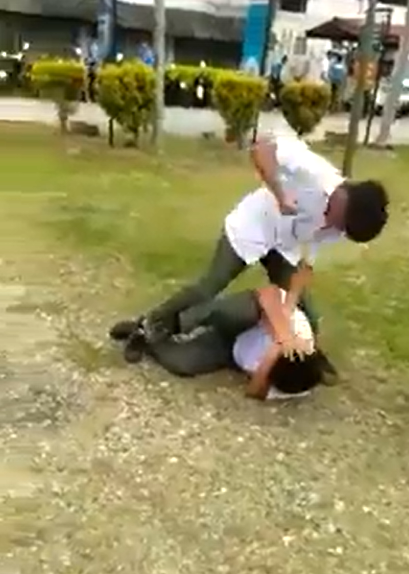 The fourteen-year-old victim suffered multiple injuries to his head and body, reported The Star. The victim was assaulted within the school area on Wednesday (July 3) at about 2.30pm. 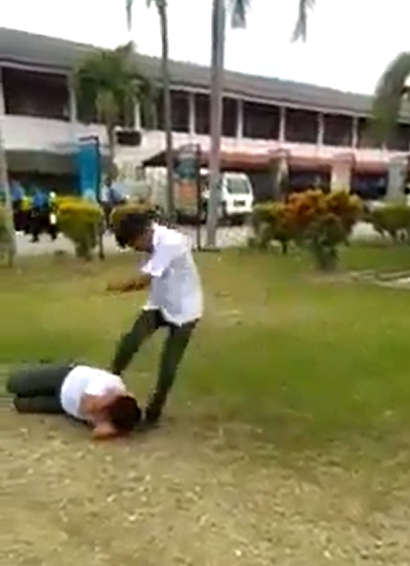 The teen victim was apparently tricked into going to the motorcycle parking place by a fellow student. The victim was told that another student who had a conflict with the victim wanted to express their apologies and requested the meetup.

After the victim reached the location they were supposed to meet, the person allegedly pretended to say sorry. However, just as the victim was about to walk away, the other student attacked him which made the victim fall to the ground.

The aggressor continuously punched the head of the victim and kicked him when he was still laying on the ground. It is unclear what is the reason for the attack. 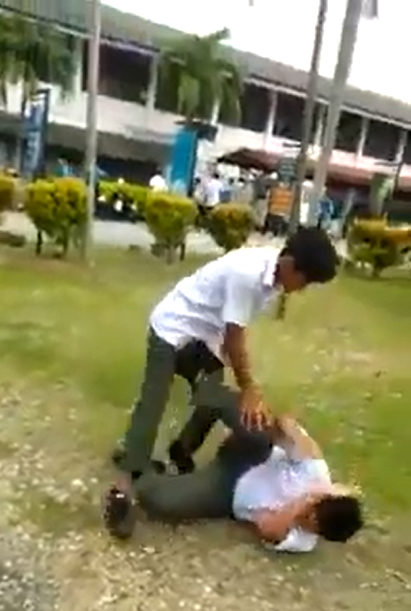 The whole ordeal was recorded on a mobile phone by one of the students there during that time. In the short video, the sound of other students who are cheering the attacker can be heard.

The district police chief of Kuala Pilah, Superintendent Haslah Bachok, said that the victim and his parents filed a report at the Seri Menanti police station at about 11pm on that day itself.

Haslah also said that they have contacted some students to aid in their investigation and that so far it looks like the victim was attacked by only one student. The case is currently being investigated under the Penal Code section 323 for voluntarily causing hurt.

Violence is never the answer to anything! Hopefully, the attacker will be punished accordingly!

Also read: Teenage Girl Going Through Breakup Records Herself Drinking Shampoo and Foaming at the Mouth 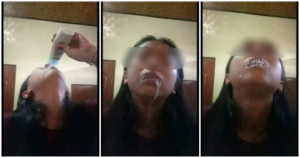