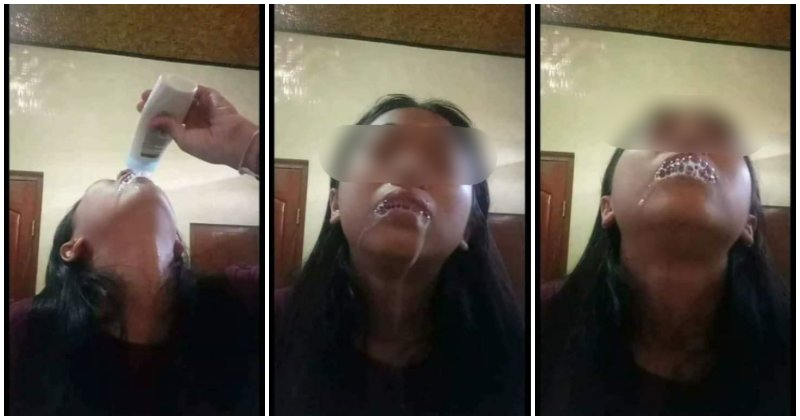 Breaking up with a boyfriend or girlfriend can be painful, no matter if you’re the dumper or the dumpee. While time heals all wounds, some just can’t handle the heartbreak and end up taking drastic measures in order to overcome it.

This sometimes ends with them doing something ridiculously stupid.

One girl proved this by crying, drinking shampoo and foaming at the mouth as a result of a heartbreak as shared via screenshots by Facebook page, Viralkan Ajer in a now viral post.

The Facebook page captioned the post, “Because of a break up, she’s willing to drink shampoo. Pity her.”

Another page, Almira also just released the video of the girl drinking the shampoo.

Some netizens did take to the comments section to encourage her to be stronger and to look at the bright side.

This comment reads, “No need to make stupid moves, sister. Life before marriage is not necessarily happy but enjoy yourself while you have the chance.”

Unfortunately most of the other comments basically belittled her while suggesting substances she can drink to actually kill herself. (Based on the pictures, she’s probably only in secondary school, so lets not forget that it is a crime to incite a person below 18-years-old to commit suicide under Section 305 of the Penal Code.)

This comment reads, “Eating up capital, just jump. Easier. Don’t forget to take a video, because there won’t be time to take pictures.”

This comment goes, “You won’t die by drinking shampoo, I’d like to see you try gum vinegar or Clorox, toss and turn in pain.”

There is still no news as to the well-being of the girl after her shampoo incident.

What kind of people are we if we encourage people that are already in an unstable state of mind to hurt themselves? Let’s hope this girl is alive and well somewhere, and getting the help that she needs. 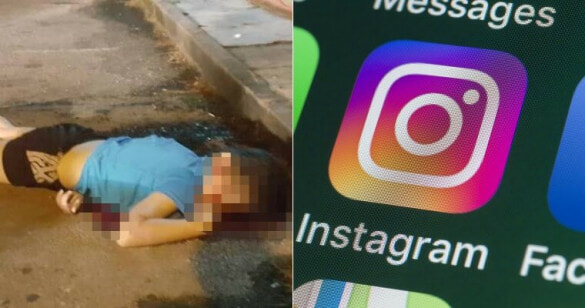