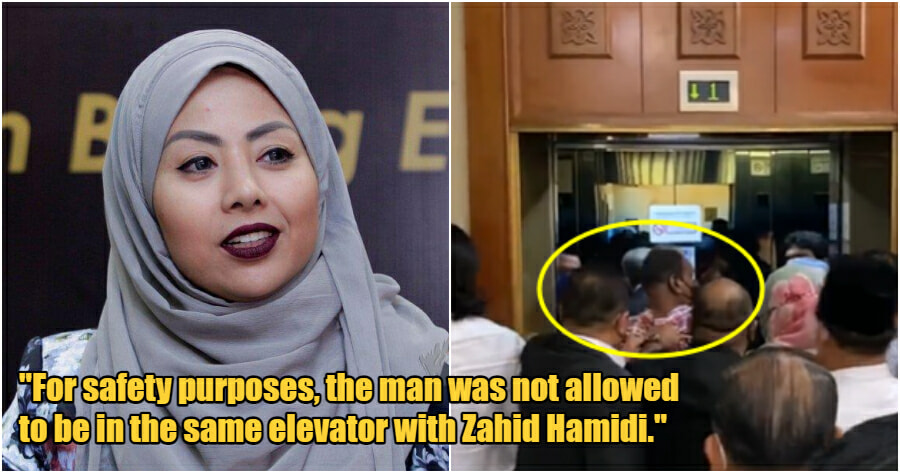 Recently, a video showing a man being pulled away from entering the same elevator with Zahid Hamidi has circulated online and sparked fury among the netizens.

Malaysians were unhappy with the way the man was treated. The video had immediately reached the attention of Nurul Hidayah, Zahid Hamidi’s daughter who wanted to clarify the situation as all fingers were pointed towards her father.

The bodyguard was carrying out his duties

She uploaded a screenshot of a conversation between her and another bodyguard via her Instagram stories who explained that they were merely doing their job. She sent him the video which has since gone viral and asked,

“Who’s the Indian guy? Everyone is blaming my dad when it’s not even related to him.” 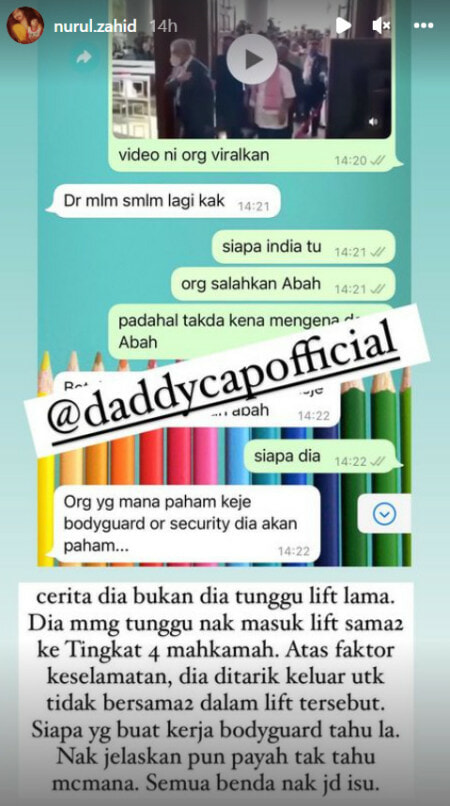 The person on the other side said that the bodyguard was doing his job for the sake of Zahid’s safety, where the Indian man was not allowed to board the same elevator as the president of UMNO. That apparently explains the reason why the man was yanked away by the bodyguards. He also expressed that people who work in the same industry will understand the job scope of a bodyguard.

In another screenshot, Nurul claimed that people tend to only find the flaws of others. They were also blaming the bodyguards for the way the man was being yanked away. 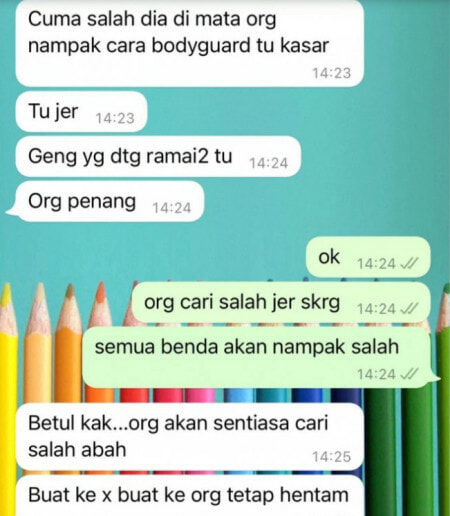 According to another screenshot, it is revealed that the bodyguard who pulled the man away WAS NOT Zahid Hamidi’s bodyguard. In fact, he was actually the bodyguard of someone who Zahid personally knows.

“He was just doing what he was told to. So, is it still Zahid Hamidi’s fault? As long as it’s Zahid Hamidi, it has to be his fault?” 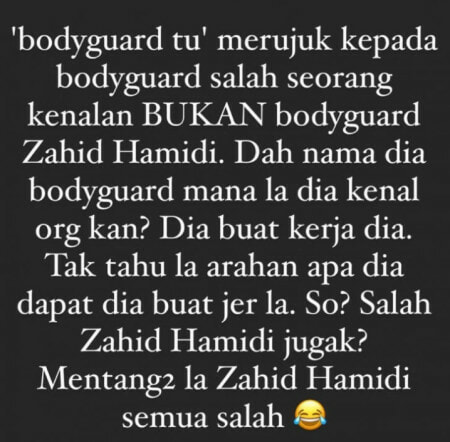 In the video, Zahid Hamidi was seen being escorted to the courtroom while being surrounded by bodyguards, assistants and the media. Zahid arrived at the KL court complex on 24 January for his hearing on the matter of money laundering and the breach of trust.

Do you think the bodyguard was being too harsh in treating the man?

Also read: WATCH: Man Yanked Away by UMNO President’s Bodyguards For Trying to Get Into Lift, Netizens Outraged 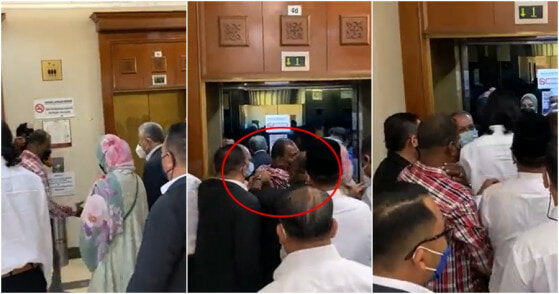