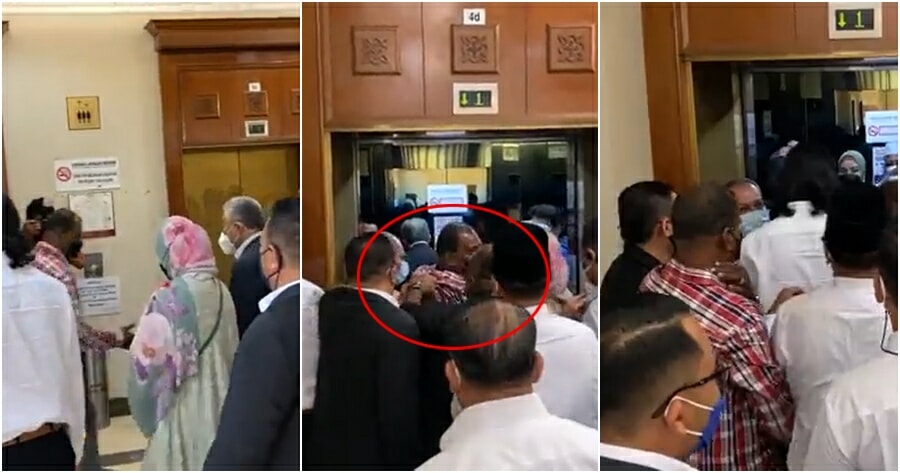 No one deserves to be treated as such. We are all humans and equal.

Recently, UMNO President Datuk Seri Dr Ahmad Zahid Hamidi was called to court for 47 charges which included 12 counts of criminal breach of trust (CBT), 8 counts of bribery and 27 of moneylaundering.

A video of him walking into court recently went viral on Twitter, but what caught the attention and infuriated Twitter users was what happened in the middle of the video. 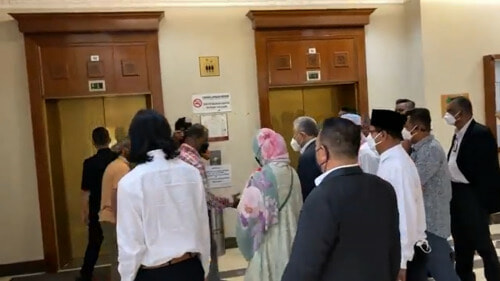 In the video, Zahid Hamidi was seen being escorted to the court room. He was surrounded by bodyguards, assistants and the media.

As he approached the lift, a man in a checkered shirt who was already waiting for the elevator, politely approached Zahid Hamidi and offered his hand.

He was yanked away!

As Zahid Hamidi and his entourage entered the elevator, the man in the red checkered shirt was seen to be trying to make his way as well since he was waiting for it, but instead, he got roughly yanked away by Zahid Hamidi’s bodyguards. 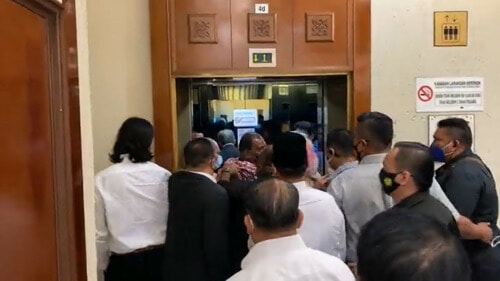 They roughly pulled him by the collar and yanked him away from the elevator so that they can get themselves in the elevator with Zahid Hamidi.

The man in the red checkered shirt was clearly seen to be in a state of confusion and pain as he kept on touching his neck.

He merely stood there and looked at people continuing to squeeze themselves into the elevator. 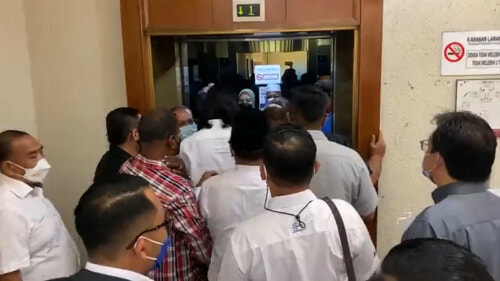 Having witnessed the man being treated roughly and with disrespect, the comment section was flooded with words from angry Twitter users.

“No signs of following SOPs, treating people with respect or abiding the law.”

One user commented saying that now the world will see how a commoner was poorly treated by Zahid Hamidi’s team.

“Who said Zahid was mistreated? This video shows the opposite,” says the user. 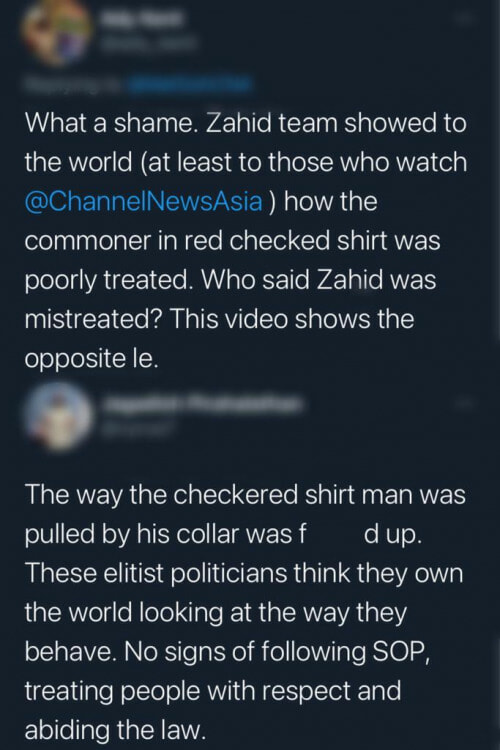 “The guy was grabbed and thrown out, this is what end users get.”

Apart from being furious at how the man was treated, Twitter users also pointed out there was no practice of SOPs and some even tagged KKM in their comments requesting for immediate action.

“Treating everyone else like they’re animals as if they’re the most entitled.”

Furious with what they saw, Twitter users questioned why would they do that in the 1st place and said that if it was them in the man’s position, they would have fought back.

“He was so polite and they just snatched him by the neck as if he was a threat???”

Another user left a cynical comment saying, “Zahid survived an assassination attempt thanks to me – The bodyguard.” 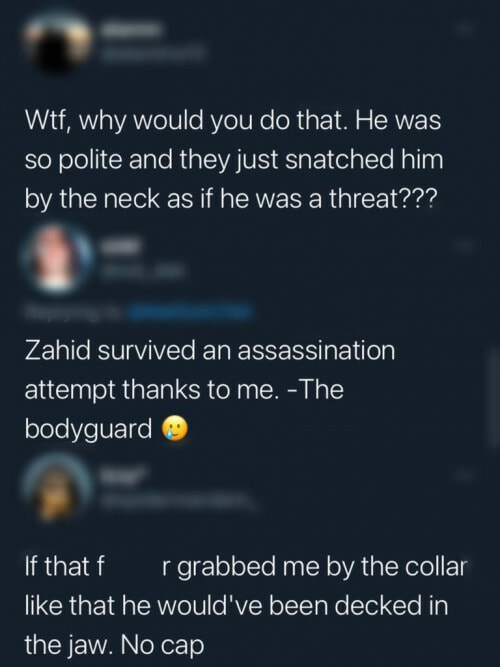 69 year old Umno president Ahmad Zahid Hamidi has arrived at KL court complex flanked by his family members and supporters. He’ll know shortly whether he needs to enter his defence over 47 charges :- 12 CBT, 8 counts of bribery and 27 counts of money laundering. pic.twitter.com/RbiHnwYpJ1

We hope that the man in the red checkered shirt is doing okay. Let us know what you think of the video in the comments.

Also read: Employer Who Abused Bodyguards For Fasting Pleads Not Guilty In Court