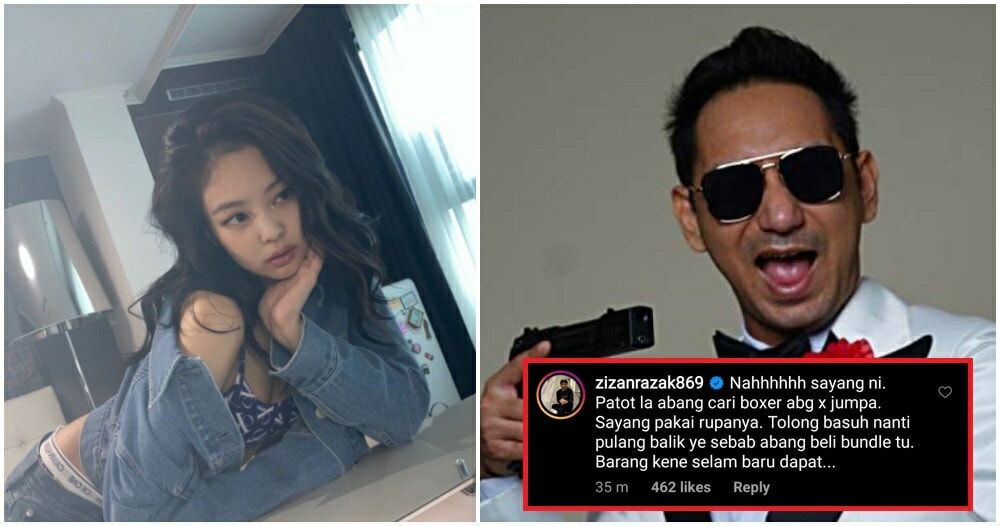 Celebrities getting called out over social media is nothing new these days and the latest one to join the list is Malaysian comedian, Zizan Razak.

On Sunday (August 30), the K-pop star posted a picture of her in collaboration with Calvin Klein.

Like all her other pictures, this one also deserves nothing but praise and affection! That’s the direction it was going in until Zizan chimed in….. 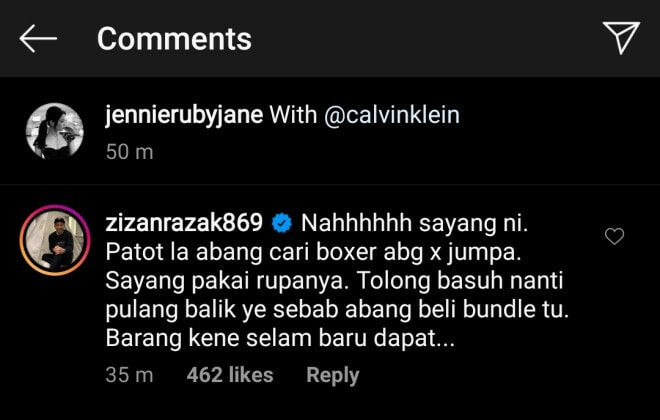 “Sayang. No wonder I tried finding for my boxer and couldn’t find it. You were wearing it. Please wash and give it back later, I just bought it from a bundle. I had to really find it in a swim of clothes.”

To no one’s surprise, netizens and BLINKs alike enraged over this inappropriate comment which some feel borderlined on harassment.

The comment has since been deleted but nevertheless, the damage has been done as Malaysians continue to call Zizan out.

What do you think of his comment? Let us know in the comments section!

Also read: Mira Filzah Is Getting Called Out For Cultural Appropriation But Some Are Saying She Did Nothing Wrong