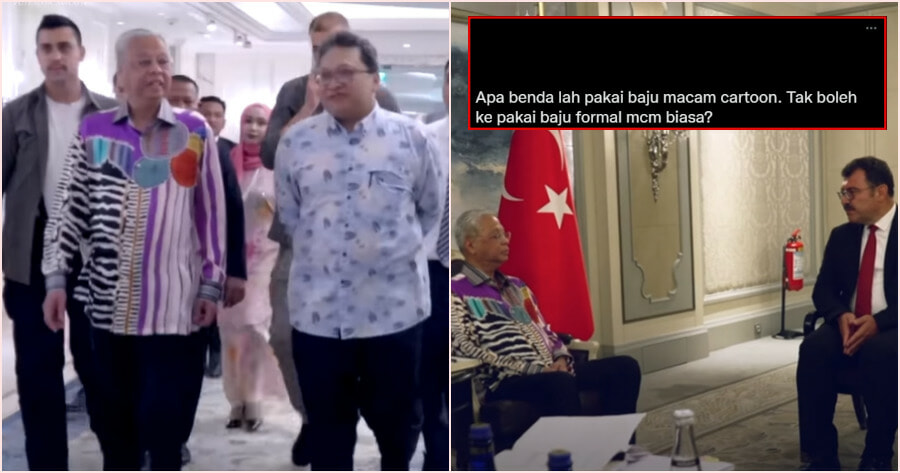 Two weeks ago, Prime Minister Datuk Seri Ismail Sabri Yaakob found himself in the spotlight for all the wrong reasons after netizens criticised the RM6,900 Burberry shirt he was wearing at an event in Putrajaya.

Despite the backlash it brought about, it appears that he hasn’t learnt from it as he was recently criticised again for his outfit choice.

In a video shared by Ismail Sabri on his social media page, he was seen meeting up with top officials from Turkey for meeting sessions involving Malaysian giants with leading Turkish companies. 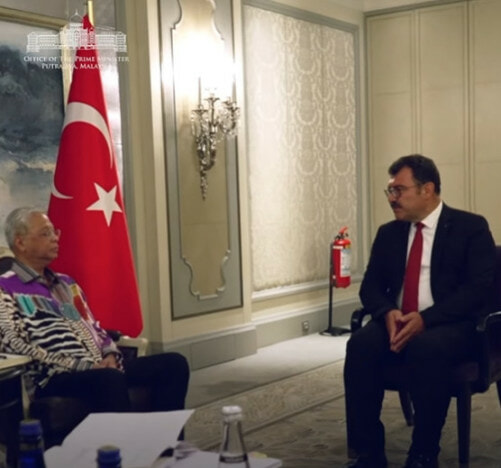 However, his shirt choice was the main centre of attention for Malaysians.

“Everyone else is wearing suits?!”

The video has amassed over 139,100 views, and plenty of netizens have expressed their thoughts on what they thought about it.

“What are you doing wearing such a cartoonish shirt. Can’t you just wear something formal like normal,” said a user.

Another commented, “Wear something nicer. It looks too cartoonish. No hard feelings. Wrong for the occasion. If I were the Turks, I wouldn’t take you seriously.”

“Why can’t you wear a formal suit like normal people? At least wear baju melayu if you want to look different. You’re such an embarrassment,” said another user.

Meanwhile, some users pointed out his mannerism and attitude in the video and said that he doesn’t even appear like he actually wants to be there.

“Please smile a bit when you meet others. Why do you seem so withered. Please, at least pretend a bit,” commented one user.

Another user said, “You don’t look like you even want to live.”

What do you think of the outfit? Let us know in the comments.

Also read: “That’s my salary for 3 months,” Netizens React To This RM6900 Burberry Shirt That The PM Wears 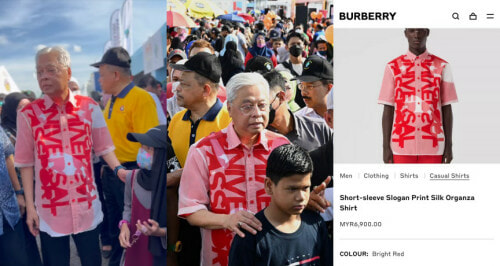