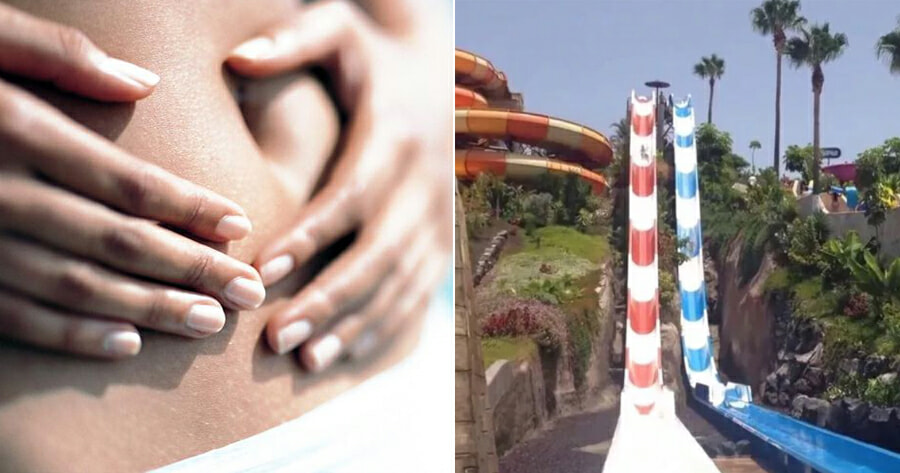 If you love going to water parks and being daredevils on the rides, you might want to take note of this!

A woman lost about 2.8 litres of blood after she got into a freak accident on a water slide in Spain, but this is no “ordinary” water slide accident such as crashing into other riders or sliding out of control and sustaining injuries.

Toni Steedman, 25, had gone on a water slide at the Aqualand water park in Costa Adeje, Tenerife, but the slide was so steep and the fall so fast that water was forced through her vagina and into her body, causing a seven-centimetre tear in her uterus, reported The Sun. 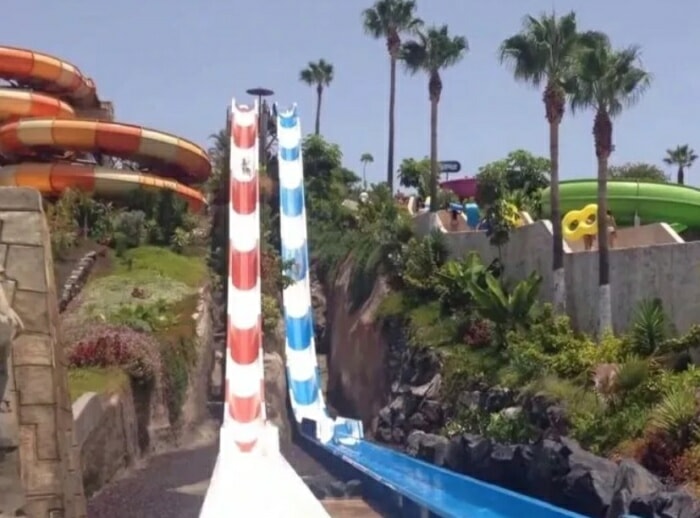 The actual slide she went on | source: the sun

The woman from Clackmannan, Scotland, claimed that the staff did not give her any safety instructions before riding the Kamikaze slide that could’ve prevented her from the accident. She said that after the ride, she felt like she needed to go to the toilet, but soon noticed blood seeping out of her vagina and down her legs.

“They never said anything to me before I went down and it could have stopped me from being hurt,” she said.

“The slide had a free fall drop and the life guards at the top never told me to fold my arms or cross my legs.”

“The slide was really fast and when I hit the water at the bottom I felt something just burst inside me. When I stood up I felt as though I needed the toilet but as I moved blood started pouring from between my legs. It was making a trail as I walked from the pool.”

“Someone ran to get a doctor, who lay me down and told me to open my legs so he could see what had happened. More blood kept coming out and he told me to close my legs again.”

The mother of two who had planned this trip with her husband Adam, 32, to celebrate his birthday, was taken to Quirónsalud hospital where the doctors desperately tried to stop the bleeding from her womb. 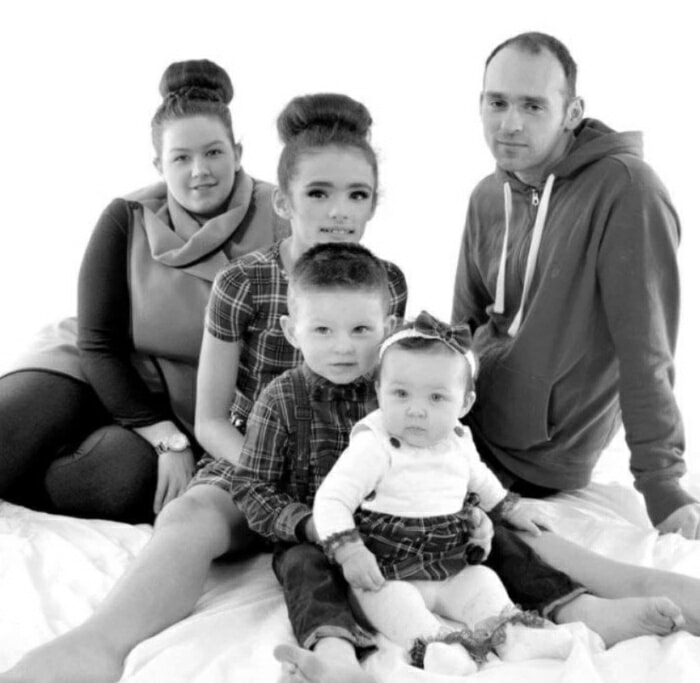 She was given three blood transfusions before the doctors brought a defibrillator to her bedside, after which she was rushed to a bigger hospital in North Tenerife where she was given an epidural to perform the surgery and fix the laceration caused by the huge gush of water.

Fortunately, Toni made a full recovery from the whole incident and was informed that she would still be able to have children.

Yikes! Please be careful when going to extreme water parks and to read the instructions carefully. Although this accident happened in Spain, there are many water parks in Malaysia that have the same kind of rides too! It’s best not to put yourself at risk if you aren’t confident of its safety. 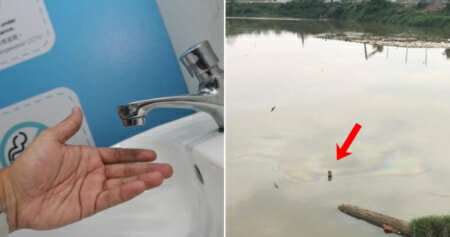