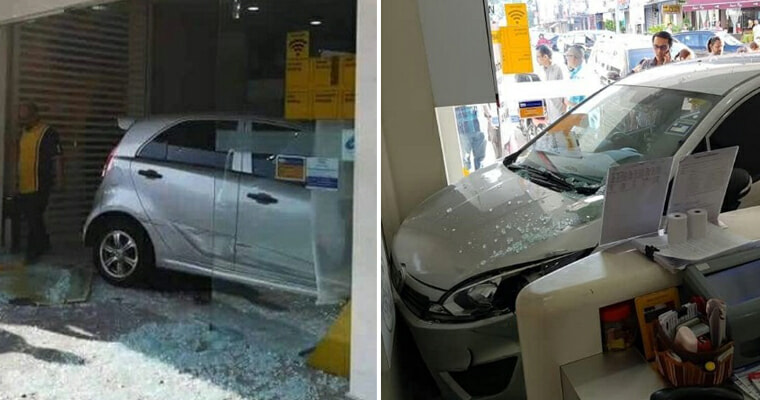 No matter how long you’ve been driving, always make sure your foot is on the correct pedal before stepping on it!

As reported by Harian Metro, a freak accident happened today (Feb 1) at Taman Indahpura, Kulai when a Proton Iriz skidded through a shophouse lot and rammed through a bank outlet there. Woah, that’s super dangerous!

Two people were injured as a result of the accident, one of them is a security officer who was working at the bank when it happened. Kulai District Police Chief Superintendent Tok Beng Yeow said that the 10.12 am incident happened when the driver of the Proton Iriz lost control of her car. It appears that she had accidentally stepped on the accelerator when attempting to park. 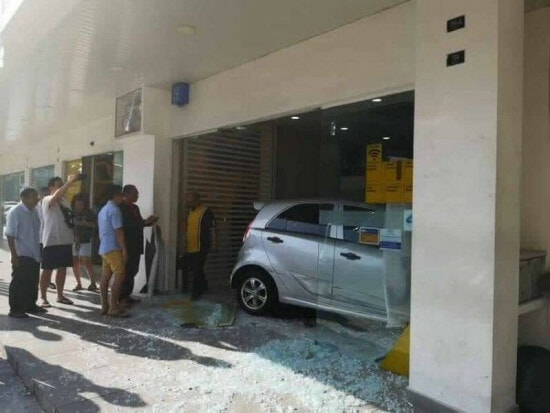 Furthermore, Superintendent Tok Beng Yeow clarified that early investigations found that the whole predicament was due to the negligence of the senior citizen driver. He further commented that,

“The woman accidentally stepped on the accelerator when attempting to park nearby resulting in her car accelerating in high speed and subsequently ramming the glass door of the bank branch premises.” 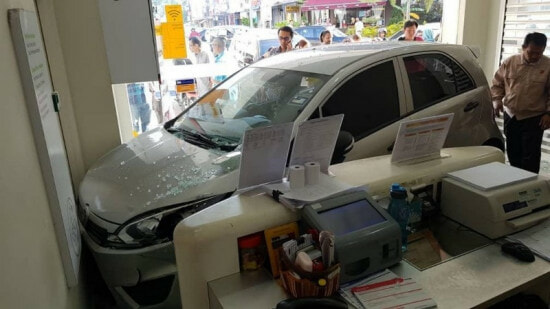 The two injured bystanders are currently receiving treatment in Kulai Hospital with the aforementioned security officer needing stitches on his left leg while the other victim, a female, suffered minor injuries on both her arms.

The driver didn’t sustain any injuries from the accident while her car was only slightly damaged as a result. Superintendent Tok Beng Yeow confirms,

“The vehicle only has slight damages at the front, bonnet, right and left doors, tyres, rims and front window.”

The same can’t be said of the bank branch premise that was rammed through though, as he further commented,

“The bank premise suffered damages on the glass front door, various pieces of furniture and its outer walls.” 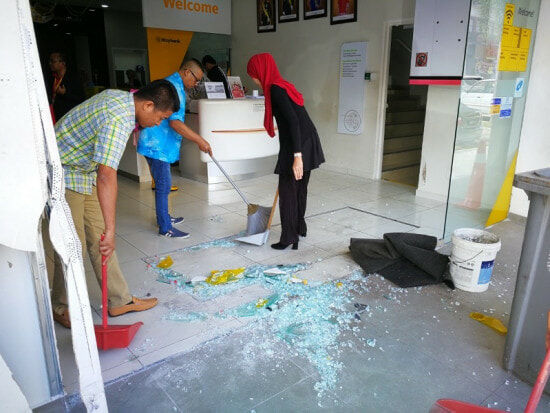 As of the time of writing, a summons is yet to be issued to the driver as the case is still under investigation.

Have you witnessed or have first-hand experience of such a freakish accident? Share your story and thoughts with us in the comments section! 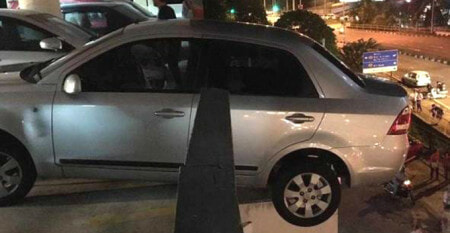