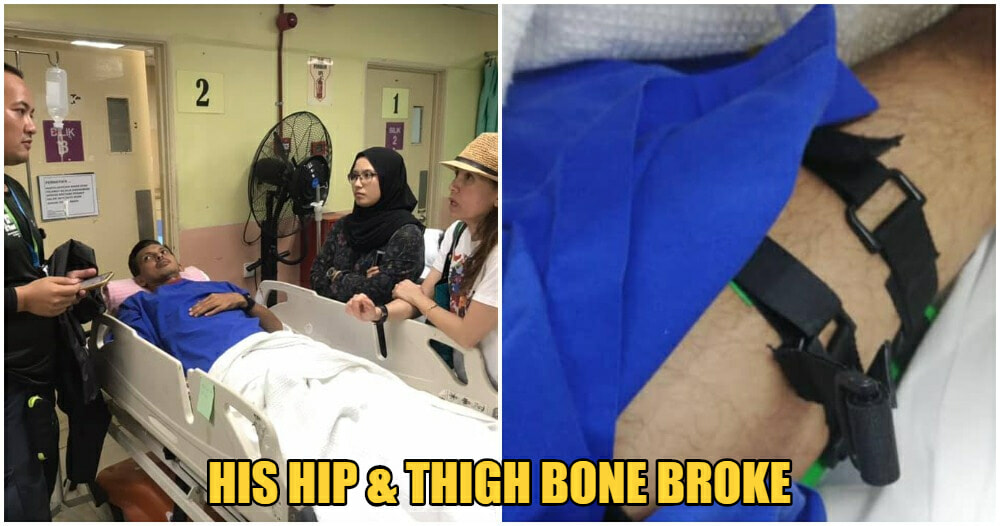 In the wee hours of 29th September, a lot of people were very pumped up to run in the annual Standard Chartered Marathon.

However, at about 6am, a woman driving a car with the plate number VK 8854 ploughed through the safety barriers set up by the organisers of the event and hit a group of marathon runners, leaving 2 of them injured.

One of the victim’s friends took to Facebook to shed some light on this issue.

“My friend was injured on the head and on his hands. The accident also caused his hip bone to break, and thigh bone to be broken and fractured in several other places.”

Along with his caption, he posted about 9 pictures, including a picture of the car plate number that they managed to grab when the collision happened.

Mr. Onizuka Rizuan was able to contact the car owner but the owner said that he had actually rented out his car to a car rental company at that time. The company has records of the woman’s identity and is now collaborating with the police.

The organisers of the event have taken to Facebook to give a statement.

“At the time of the incident, the left lane was closed to vehicles for marathon runners. Cones with blinker lights were placed on both the left and right lanes of the road as well.”

They added that they have now identified the woman, but she has yet to go to the police station to make a report, reported The Star. If you have any information regarding this case, please contact investigating officer Insp Nur Nadzirah Abdul Rahim at 012-4401 093.

Oh no! We hope that the victims will be able to heal without any complications and the perpetrator to be arrested because it seems like she’s a hazard on the road! 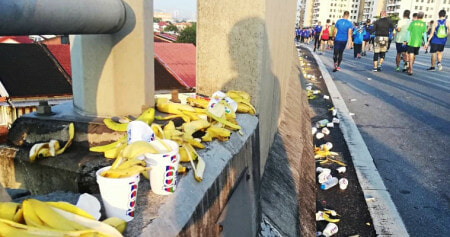