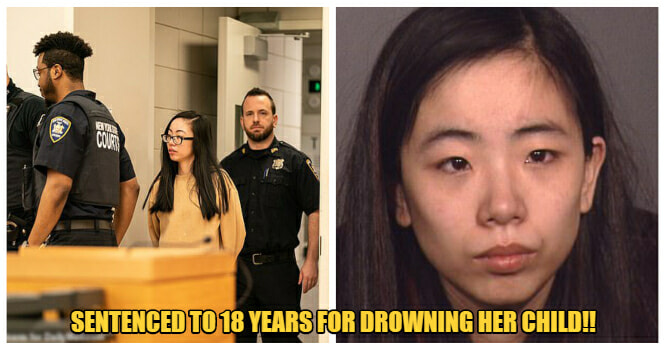 This mother has a psychotic way of disciplining her children.

She took her 2-year-old daughter to the bathroom four years ago and submerged her head underwater till she drowned and died because she wet herself!

According to Daily Mail, in March 2016, Lin Li, aged 28, took her daughter, Melody to the bathroom and submerged her head in a container of water after she wet herself. She walked out of the bathroom without checking if her daughter was alive and then later called 911. Melody’s father was asleep during the incident.

When the police came, they found Li’s husband performing CPR on Melody, who was then taken to the hospital where she was pronounced dead. The medical examiner confirmed it to be death by drowning. 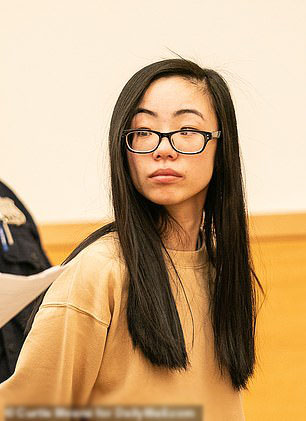 She testified in June 2019, denying holding her daughter’s head underwater, but a videotaped interview of her confessing in 2016, she admitted otherwise. Her lawyer tried to help her by talking about her tough upbringing in native China and the less than ideal living conditions in Brooklyn, describing her as loving, caring and regretful.

“I did not see the actions of a monster in what I read”, he said. 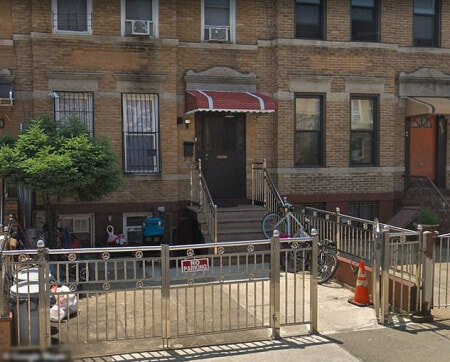 She pleaded her case, saying, “I would like to say being a mom, it is my duty to take care of my children, and I really regret my daughter’s death. It was my mistake… losing my daughter is very, very painful to me. No matter how much time you’re going to send me to jail [for].. I will accept it.”

But their efforts were in vain because she was convicted of manslaughter and two counts of acting in a manner injurious to a child. However, she was acquitted of second-degree murder. Besides that, a jury also found Li guilty of first-degree attempted assault for holding her four-year-old son’s head underwater a day before Melody’s killing, which she denied. Yesterday, the case came to a close when she was sentenced to 18 years of prison. 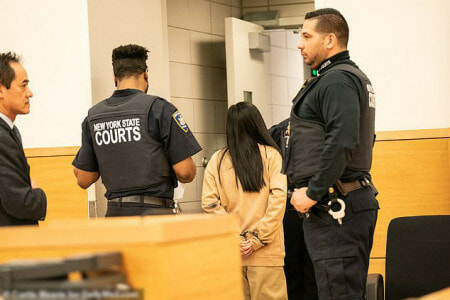 Gruesome right? What do you think about the story? Let us know in the comments! 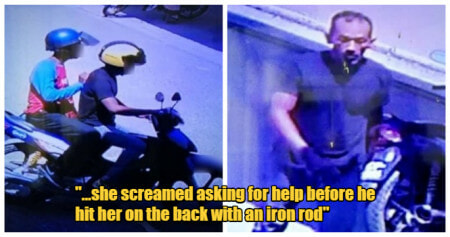