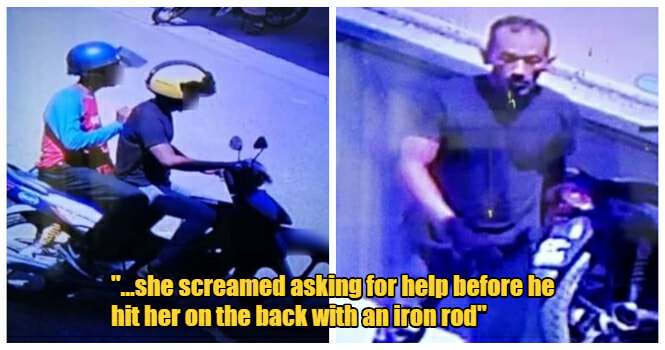 A congregation of women suffered back injuries when two men barged into a mosque and whacked them using a hoe and an iron rod.

People sure are losing their minds these days!

According to a report by Harian Metro, the incident took place at a mosque in Bukit Mertajam called Masjid An-Nur Kampung Guar. The acting Chief of Police from the Seberang Perai Tengah District stated that it took place at 3pm when the victims, a 65-year-old lady and two others had just completed their mengaji classes, when two men barged into the women’s solat (praying) area.

“He closed in on the victim and grabbed her gold chain, to which she screamed asking for help before he hit her on the back with an iron rod”, said the police officer. 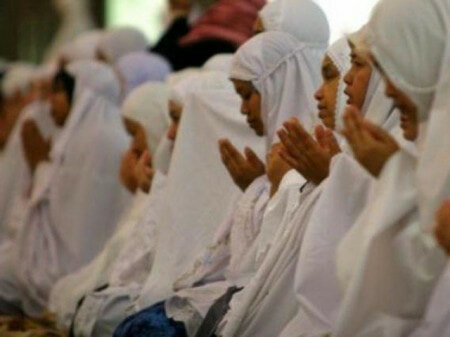 He also stated that the other suspect aimed what appeared to be a hoe at the victim and two other ladies that were present before they grabbed their bags containing their cell phones, purses, telekung (praying attire) and kitab (holy book). The two men then escaped on a motorcycle but the CCTV was able to catch their faces on camera before they left.

Kesiannya those ladies. Let’s hope they are brought to justice sooner rather than later! 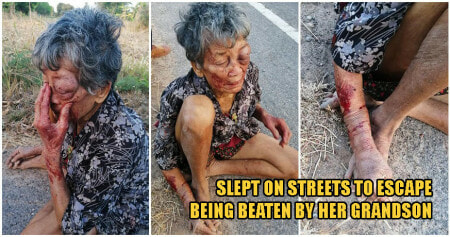