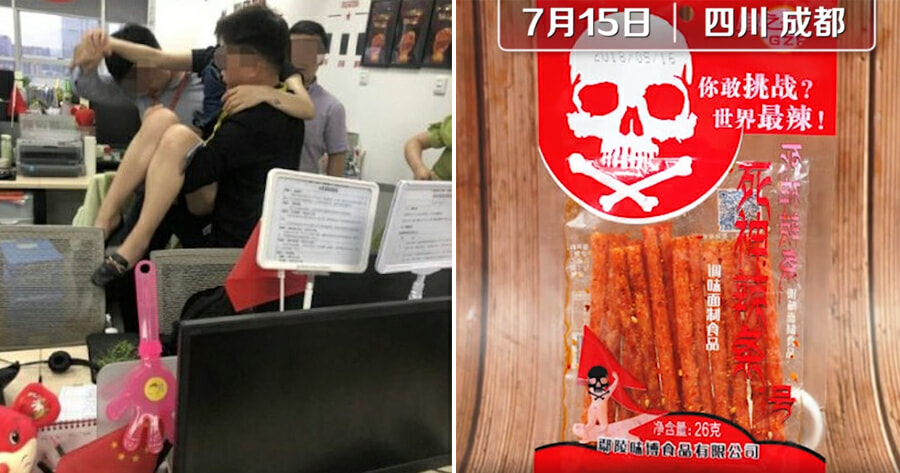 A company in China fired an employee after she was hospitalised due to the punishment they gave her when she failed to meet her quota and told her that she did not “conform to their corporate culture”.

The woman was among seven employees at a company in Sichuan City of Chengdu who were forced to eat extremely spicy snacks because they failed to meet their quotas. The snack is named “Deathly Spicy Sticks” (死神辣条), according to Shanghaiist, with a skull and crossbones featured on the packaging. 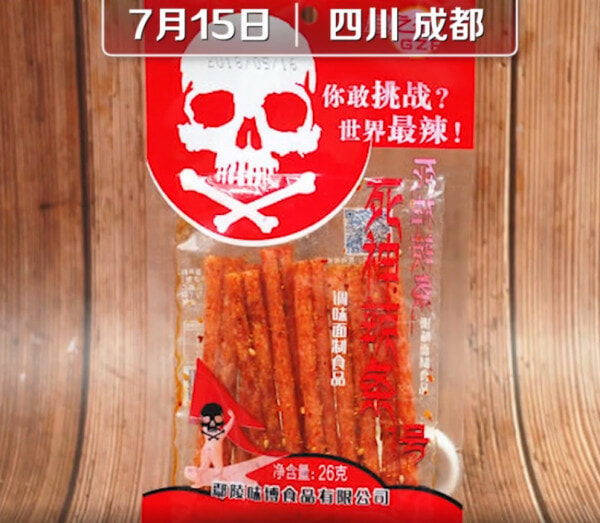 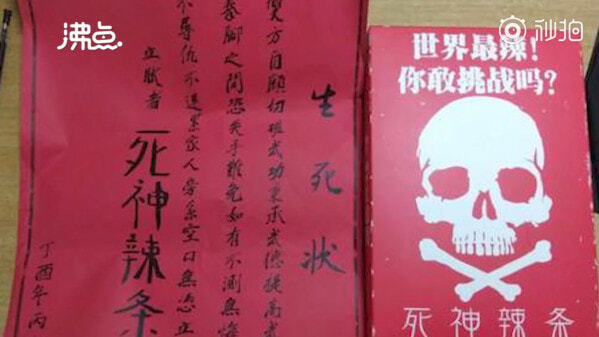 After eating the snacks, two of them were sent to the hospital. The woman said that she was in so much pain that she fainted and had to be carried out of the office. What made it even worse was that she had just started menstruating.

At the hospital, doctors diagnosed her with cramps and acute gastroenteritis.

After all the pain and suffering the woman had to go through, the company refused to compensate for it and only offered to reimburse her medical expenses. However, when she returned back to work, she was informed that she had been fired from her job.

The company said that the woman did not “conform to their corporate culture” as an explanation to her dismissal. 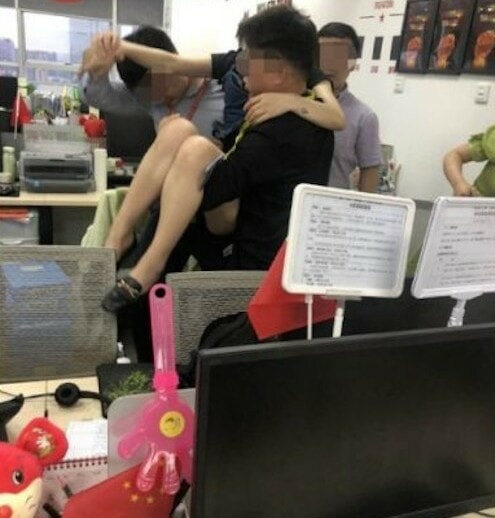 Outrageous as it may seem, this is not the first time a company in China punished their employees by making them eat all kinds of unpleasant food.

Just about a year ago, another company in Guizhou province shocked the Internet by giving cruel punishments to employees who didn’t meet their quota. The employees were forced to eat live mudfish and drink chicken blood after. 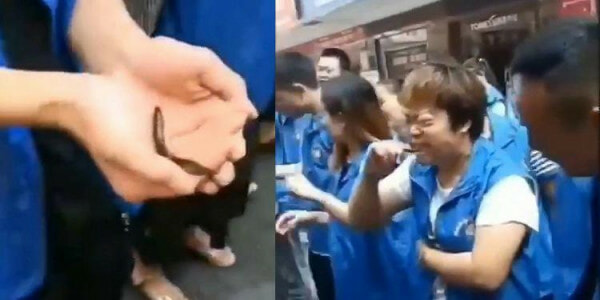 In another company located in Ganzhou, Jiangxi province, a boss at a wedding photo studio forced his employees to eat bitter gourd and raw eggs because they failed to meet their sales targets.

Is this really how you should reprimand your employees for not meeting their quotas? What are some ways you have been ‘punished’ for not meeting your bosses’ expectations?

Also read: Boss Punishes Employees By Forcing Them to Crawl on Road for Not Meeting Sales Target