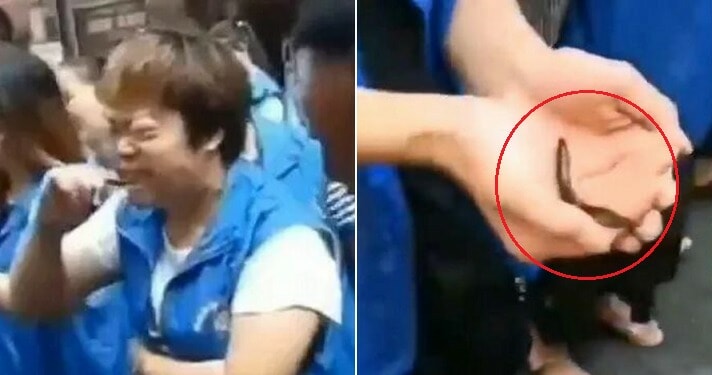 A company in China shocked the internet by giving cruel punishments to employees who didn’t meet their quota. While most of us would get constructive criticisms for not hitting our quota, this company decided to take the extreme route by making their employees eat live mudfish as punishment. Looks like our jobs might not be that bad?

The construction company which is located Guizhou province also made their employees drink chicken blood after eating the live mudfish, reported Shanghaiist. In the viral video, a man was seen giving out live mudfish from a bucket to their workers and after they ate the fish, they drank chicken blood to wash it down. Ew!

You can watch the horrific video below:

Nevertheless, the company owner feels that there’s nothing wrong with the punishment and claimed that the staff – who were the shop owners – participated willingly.

Having said that, this isn’t the first time a Chinese company has given their underperforming employees an outrageous punishment. Seven months ago, another company forced its employees to crawl on the road for not fulfilling their sales target. You can read all about it by clicking the link below!

Also read: Boss Punishes Employees By Forcing Them to Crawl on Road for Not Meeting Sales Target 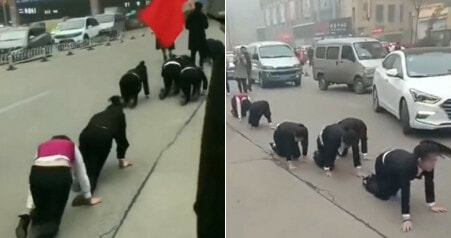