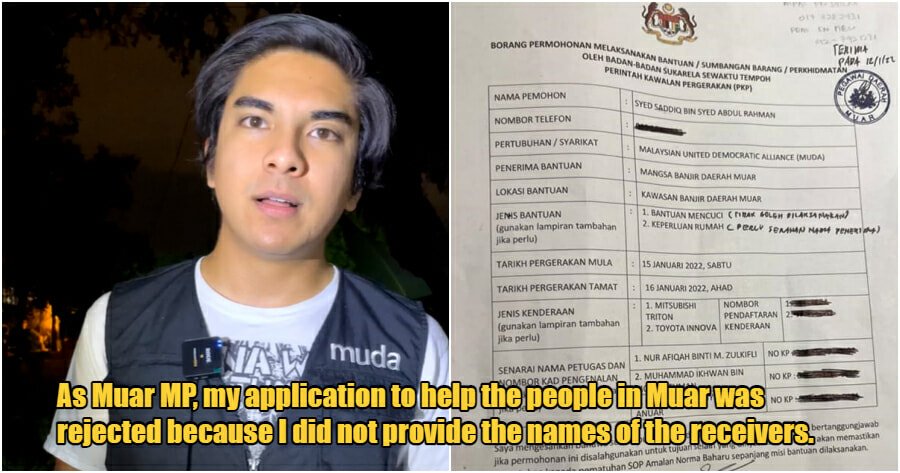 Obstacles and challenges seem to keep coming towards Syed Saddiq.

“As the MP of Muar, my application to help the people in Muar was rejected! They said I have to provide the names of the receivers first.” 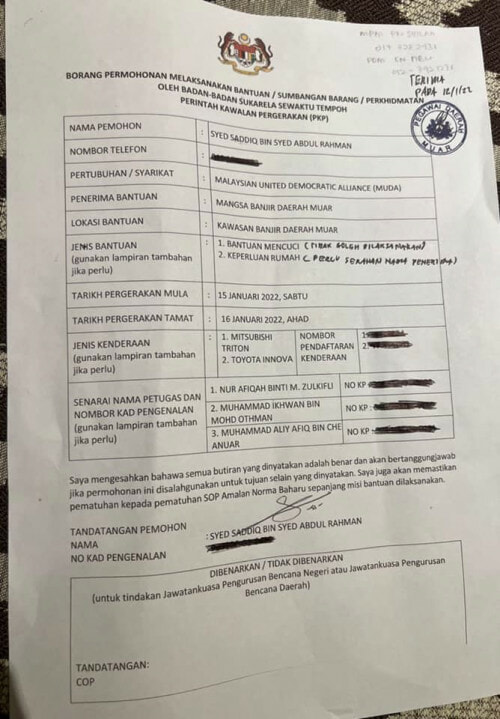 He stated that the assistance will be delayed if that’s the case and rhetorically questioned when will the flood victims get the help they need.

In the same night, he called out to the double standards via a live video on his Facebook account. He said that as the MP of Muar, he has been mandated by the rakyat in Muar to assist the flood victims given that the district is one of the worst affected by the flood. That is also the reason why he wanted to deliver the assistance directly towards the victim, instead of just handing it out to any agencies. 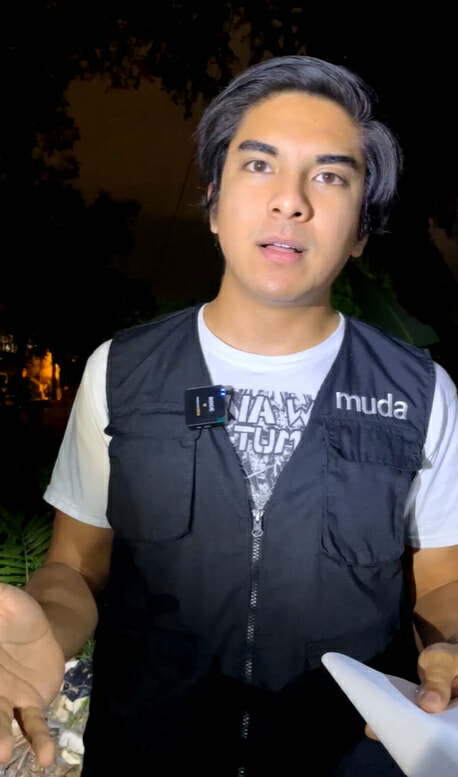 The application, which had been rejected, was made in order for him and his volunteers to clean the houses of the flood victims as well as to send the necessary household items.

“We just want to help the people, we don’t even go in the house and tell them how bad the state government is and play politics,” he emphasized. 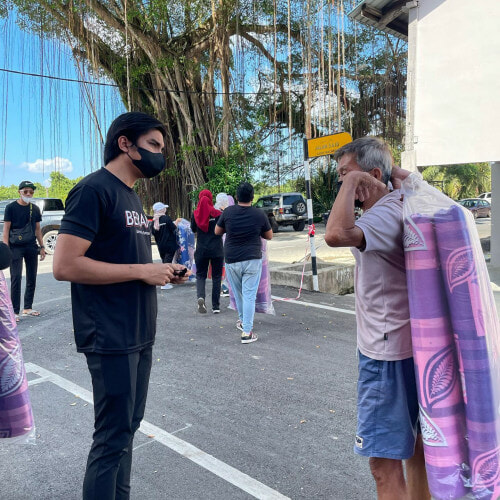 He is also baffled that as the MP of Muar, he was not able to help in the district and claimed that the state government is too afraid to allow him to carry out his duties and responsibilities. He then continued by highlighting how the SOPs does not apply to everyone.

“The most disgusting thing is the double standard in the SOPs! There have been pictures of politicians from other parties circulating and revealing how they can easily enter the houses of the victims with the uniforms of their political parties.”

He expressed that this is unfair as every time MUDA does the same, it would be rejected and questioned. The co-founder of MUDA then sought to clarify why is he not allowed to help the people. You can watch the 10-minutes live video below.

We hope that all volunteers, regardless of who they are and where they are from, will be able to assist the rakyat in need.

Also read: Politician Says Syed Saddiq Deserves an Oscar For His 1st Class Act By Being Dramatic During Flood 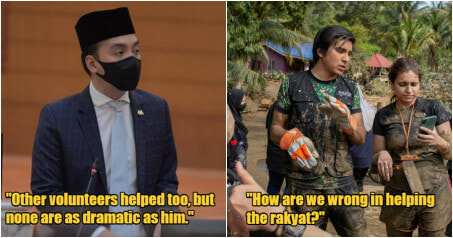