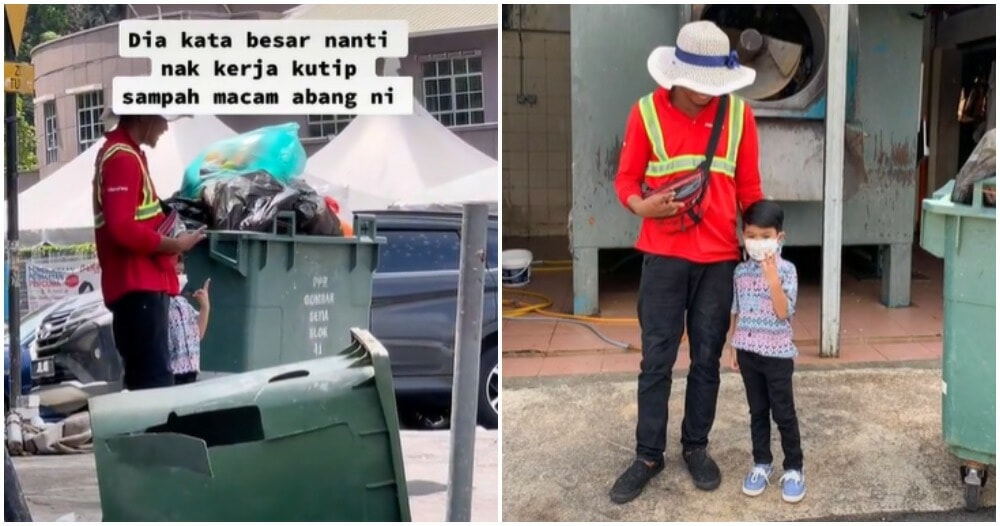 What was your dream job when you were younger? An astronaut? A doctor? Or a superhero? For one little kid in KL, his only ambition is to become a rubbish collector.

A video of a little kid who is very excited to take a picture with a garbage collector has gone viral on TikTok with 1.4 million views.

The video was uploaded by his mother, Khadijah binti Abdul Rahim who is also known as Eyja Rahim. 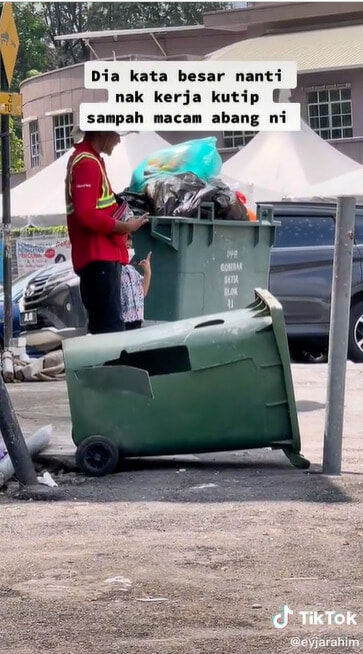 In the clip, his mother said that every single time he hears the garbage truck, he will ask his parents to go and look for the collectors.

“He said, when he grows up, he wants to be a garbage collector.”

After waiting for so long, the little child was finally able to meet his ‘hero’ and they even managed to take a few pictures together. Needless to say, the child was overjoyed! 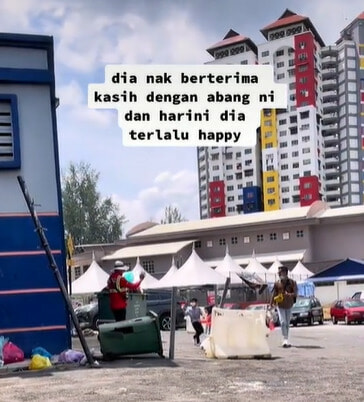 Khadhijah, who is a full-time housewife and a mother of 2, told WORLD OF BUZZ that her child’s obsession with garbage trucks started when he was 3.

“At first he wanted to be a policeman, a firefighter, a soldier, but when he was 3, he showed an interest in the garbage truck.”

“We were living with our parents in a terrace house and the truck would go by every morning. From then on, he had an unwavering interest in it.” 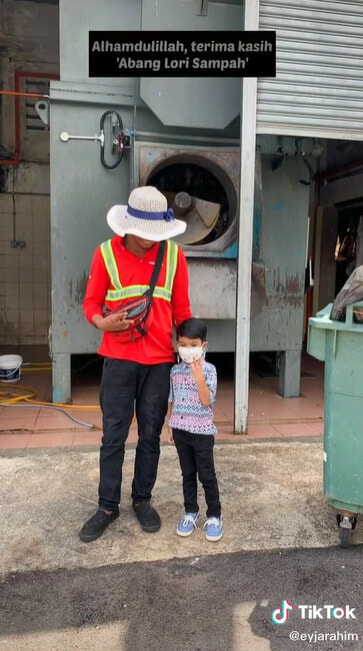 Other than that, the parent said that they had never stopped the 5-year-old boy from liking garbage trucks.

“His mind is still expanding and we only give him positive input. Sometimes we do scold him when he is too obsessed to the point of crying.”

Whenever his father is around, he will bring the young boy to see the truck.

In another video, the little boy said that a garbage collector’s job is hard and that he wants to help them out and give them food too.

His parents were praised by netizens

Netizens in the comments were saying that Eyja and her husband raised their children well.

“Because he appreciates those who help to keep spaces clean,” said a user.

Another user said, “Good upbringing by the parents. Hope that the child will grow up to be a good child.”

“For sure the garbage collector feels appreciated. No one really appreciates them like this and just ignores them. I’m so touched.”

“Grow his interest! Maybe one day, he’ll be a waste management or sanitary landfill specialist,” suggested a netizen.

Well, all we can say is bravo to Khadijah and her husband for raising such pure-hearted children! 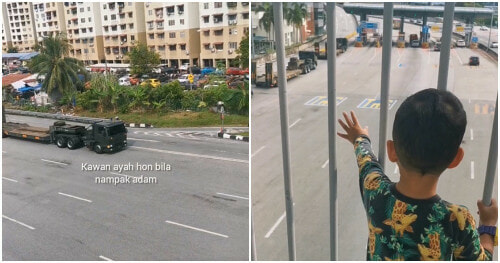