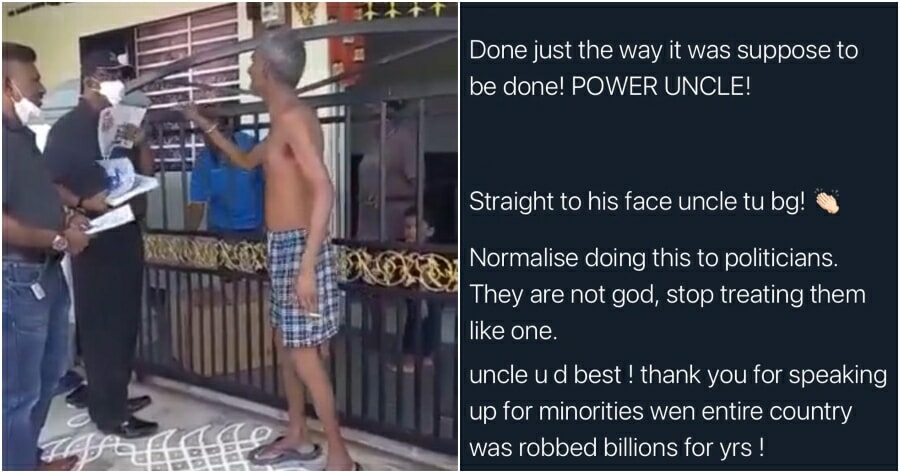 The upcoming Melaka State Election has drawn in many allegations, especially when it comes to the candidates’ efforts to pull in votes.

Recently, a video went viral on Twitter where an Indian uncle was seen scolding politicians that were campaigning in front of someone’s house. 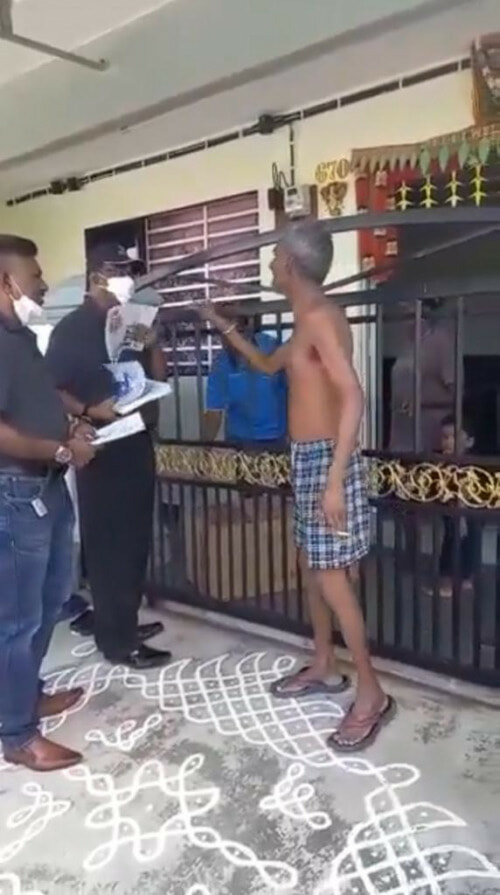 The video posted by Zulimran Nasution became viral in a matter of hours because of how upfront the Uncle was!

In the video, the politician was seen campaigning in front of someone’s house and giving posters of what was assumed to be his manifesto for Melaka’s upcoming state election.

Suddenly this Uncle pops out of no where and scolds the politicians, telling them to go away.

“What have you ever done for people of Tamil? You only come for votes.”

After receiving much “nagging” from the Uncle, the politicians were finally seen walking away from the house.

Being a hit in a matter of hours, the video is now at 119.8k views and 5.7 retweets, showcasing how netizens actually support the Uncle’s action.

Agreeing to the Uncle’s act, one user even commented saying how this should be made as a new political norm in Malaysia.

Another user pointed out that they noticed how angry the Uncle was, especially after listening to his voice. “The anger through that Uncle’s voice just says it all...,” said the user. 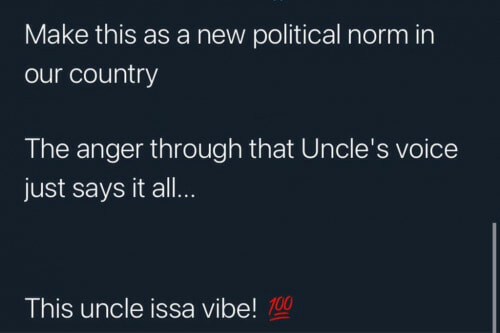 “The Uncle really gave it (scolded) straight to their faces! 👏🏻”

Many Twitter users really supported what the Uncle did, complimenting saying he’s the best! And saying he’s POWER!

One user even expressed their gratitude because they feel like they are finally getting their voices out, especially being minorities in Malaysia. 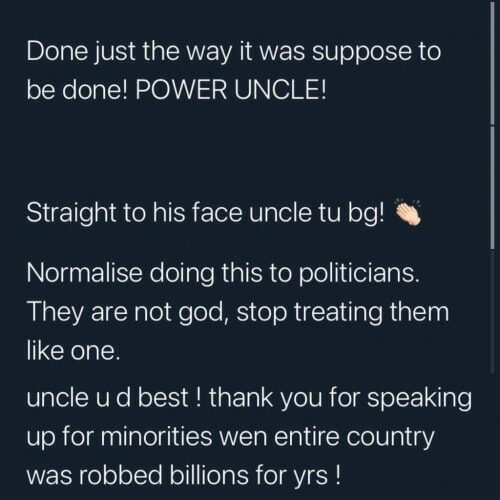 “True heroes don’t wear cape, or mask, or even a shirt💀”

Another group of Twitter users had the time to joke around and pointed out how the Uncle was half-naked.

Mentioning how people should never mess with a half-naked Uncle holding a cigarette 😂! 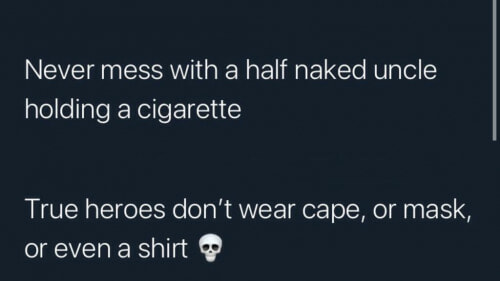 You can check out the full video here.

Let us know what you think of this video in the comment section down below. 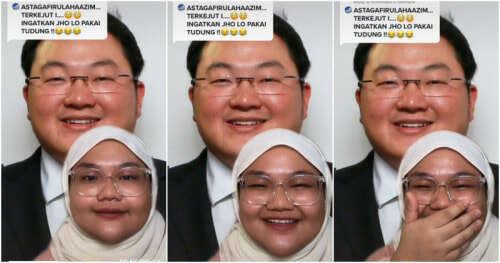