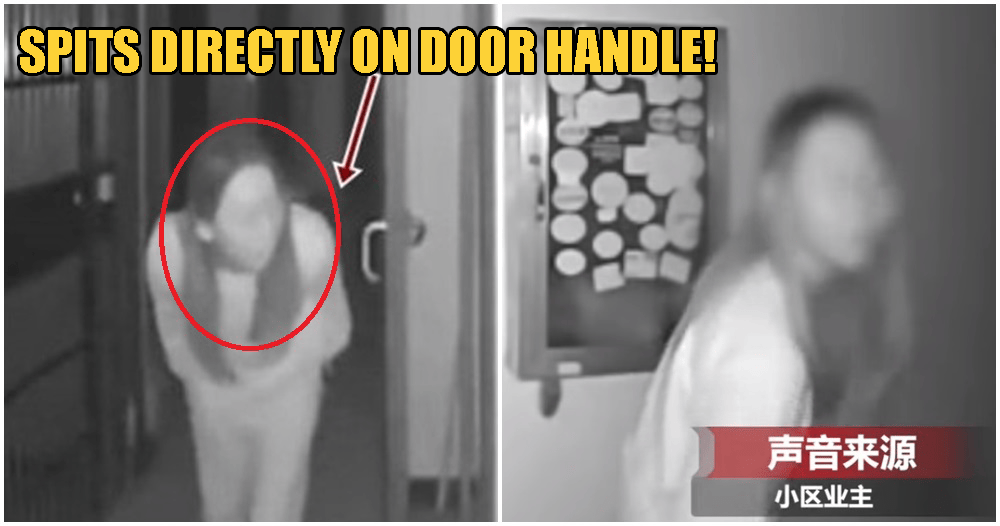 It’s inconsiderate actions like these that put the public in a frenzy of unnecessary panic. Amidst the increasing severity of the Wuhan epidemic, many are growing paranoid about how they could possibly contract the virus. While some are taking extra precautionary measures to ensure their safety, other insensitive individuals are spreading chaos faster than the virus itself!

Recently, a woman staying in an infected area of Wuhan was caught on camera spitting directly on a door handle at her residence. The video shows the woman slowly creeping towards the door before committing the horrid, unhygienic act. She immediately proceeds to look up with caution, scanning her surroundings to check if she was caught before disappearing past the corner of the hallway.

What’s worse about the situation is that according to reports from Sin Chew Daily, the area was already severely infected, with more than 30 confirmed cases of infected individuals and 90 cases of fever symptoms. Some victims were already under isolation in their respective units.

Thankfully, a neighbouring resident discovered this inhumane act and reported the case to authorities. The police immediately took action by equipping themselves with protective clothing before proceeding to scan the area for possible hazards.

Upon reviewing the CCTV footage, the community administrator confirms that while the act did happen, it’s yet to be revealed whether the woman herself is infected by the deadly virus. Nonetheless, further investigation is still being carried out at present.

Whatever reason she had for committing such a thoughtless act is not excusable especially given the panicked state of Wuhan right now.