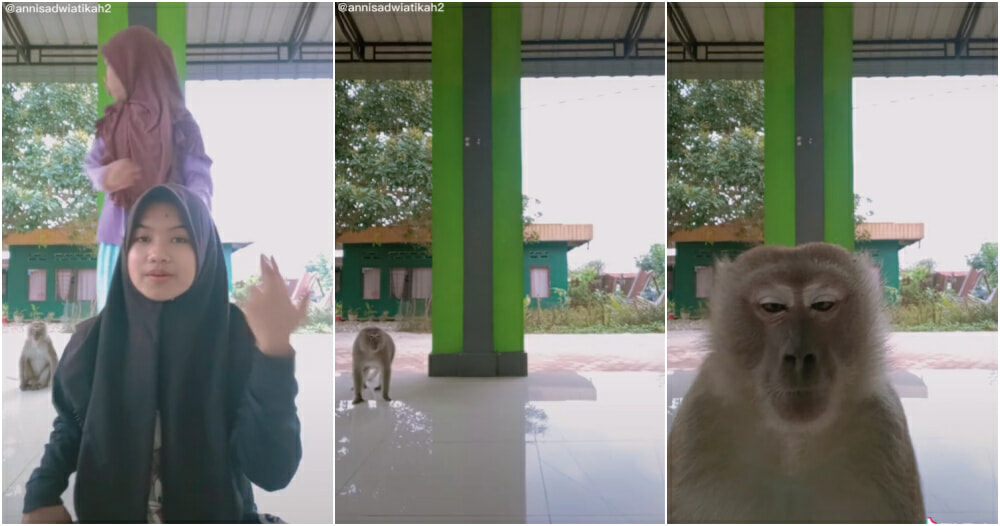 Just two weeks ago, WORLD OF BUZZ  reported about a viral TikTok video of a student being attacked by a troop of monkeys outside of a hostel.

Similarly, a netizen from Medan, Indonesia experienced the same thing but this time the monkey did not attack her. Instead, it took her phone!

The video was posted by a 16-year-old TikTok user, Annisa (@annisadwiatikah2), who was filming a TikTok video with her stepsister nearby their house, after coming home from a jog.

Speaking to WORLD OF BUZZ, Annisa told us that she had just returned home from a jog with her stepsister and decided to film some TikTok videos outside her house, near a Mosque.

She placed her phone on the ground and started to film some videos when suddenly she noticed a figure standing behind her.

When she realized it was a monkey, they ran away for safety although the monkey did not try to attack them. Wild monkeys can be dangerous so they knew it would be better for them to stay away.

However, they did not expect the monkey to grab their phone!

Thankfully, the monkey dropped the phone when it was trying to run away with it. Annis and her stepsister couldn’t believe they got the whole thing on camera! 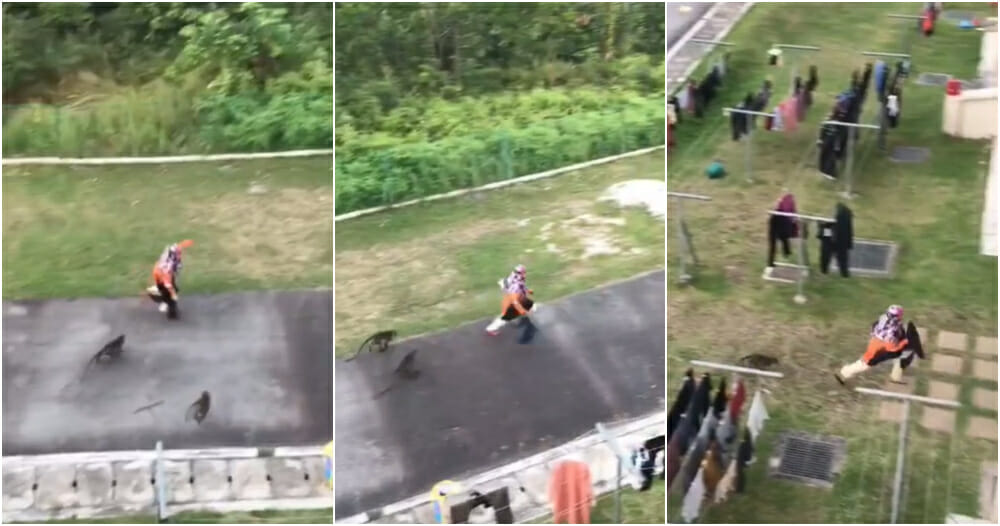