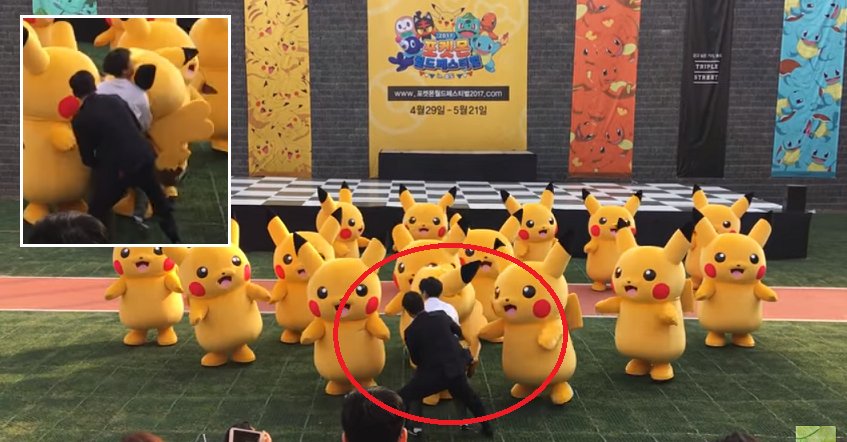 Last week, a video of everyone’s favourite Pokemon, Pikachu, spread like wildfire throughout the internet.

During the Pokemon World Festival in South Korea, one event many festival-goers were looking forward to was the dance performed by 15 adorable Pikachu mascots.

The performance started off fine at first, but things started going wrong when the Pikachu in the middle started to deflate! Oh no the horror!!!!

Someone help this poor fella!

As soon as it was deflating, one of the organisers rushed towards the Pikachu mascot to help put air back into it.

However, as soon as that happened, some security guards also ran onto the stage and attacked the organiser, assuming he was just a random audience member causing trouble!

Through the chaos, they managed to drag the poor Pikachu backstage so they could fix the problem while the other mascots continued dancing as if nothing happened.

The whole incident played out exactly like a scene from a comedy movie and netizens from all over the world couldn’t stop laughing at it.

A huge majority of netizens totally related to the deflated Pikachu, though! 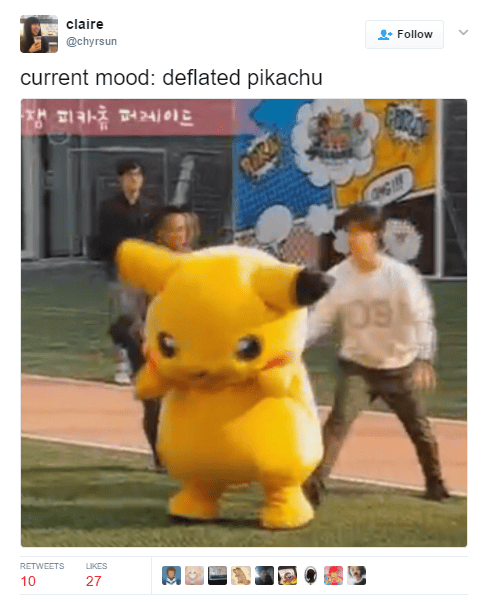 Watch the hilarious video below!