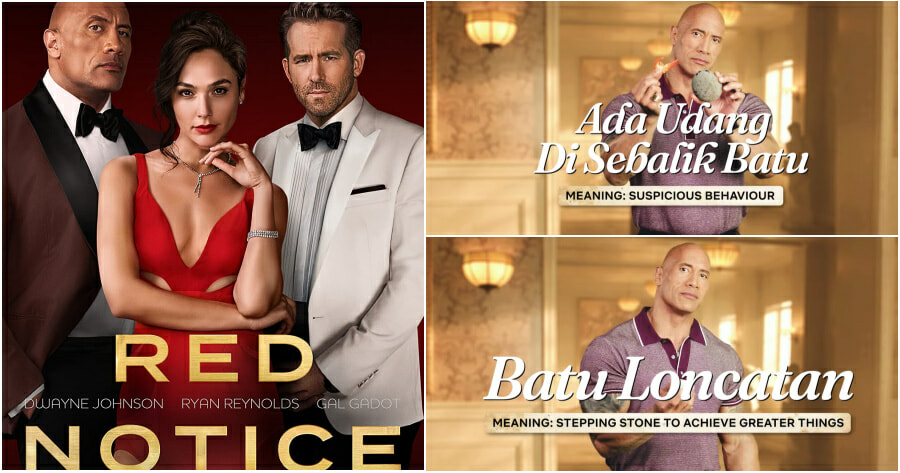 If you have not caught up with Red Notice starring Dwayne Johnson which is a hit right now on Netflix, here’s something for you!

Recently, Netflix Malaysia shared on their Facebook account a video of none other than the man himself, Dwayne Johnson summarizing the plot of Red Notice. But there’s a twist.

In the video, he can be seen using literal rocks to demonstrate some of the key elements in the movie without giving away too much. In total, Dwayne used four Malay proverbs;

It literally means like the stones on the island, which also means a lot or abundance. This refers to the abundance of valuables stolen in the film. 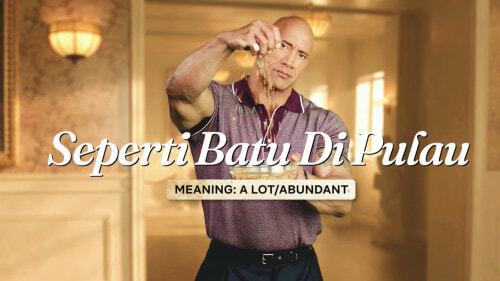 It means an argument or a misunderstanding that cannot be reconciled. This illustrates the characters portrayed by Gal Gadot and Ryan Reynolds in which both their characters don’t get along. 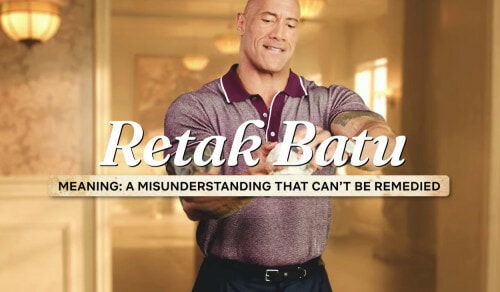 This refers to a situation when someone is unsure of his pending fate. The proverb means we’ll survive if we’re lucky and if we’re unlucky it may lead to bad consequences or even death. 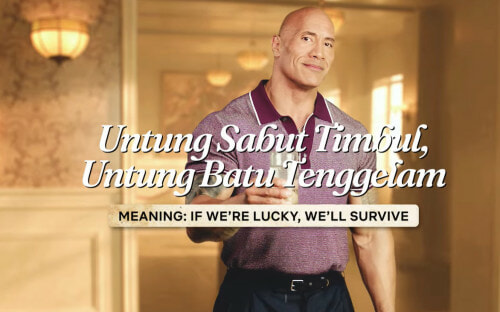 This is perhaps one of the most well known Malay proverbs which most of us have used in our essays back in high school. It refers to something suspicious or when something is off about a situation. 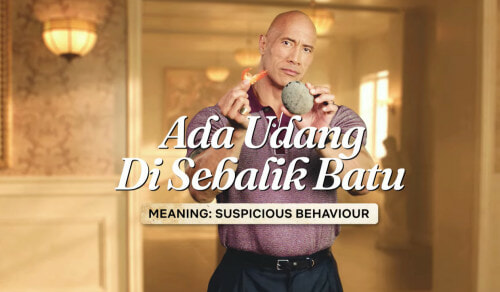 At the end of the video, he uses this proverb and asked fans if this film could be his batu loncatan, which means a stepping stone towards greater and bigger achievement. 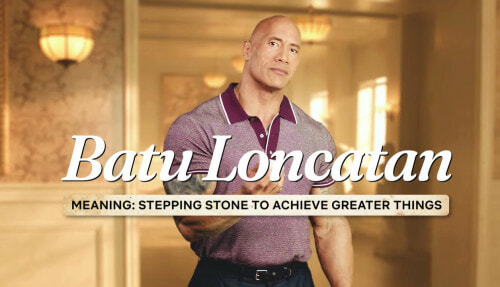 Red Notice is now on Netflix worldwide since 12 November and this action comedy revolves around an FBI agent, played by Dwayne Johnson himself, who tries to hunt down and capture the world’s most prolific art thief, which is portrayed by Ryan Reynolds.

It is certainly fun to see Dwayne hinting at the plot of the movie using literal rocks and Malay proverbs! At the same time, we may have learnt some Malay proverbs too!

Have you watched Red Notice and did you enjoy the movie? Let us know your thoughts in the comments below! 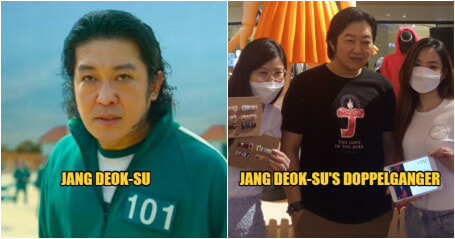